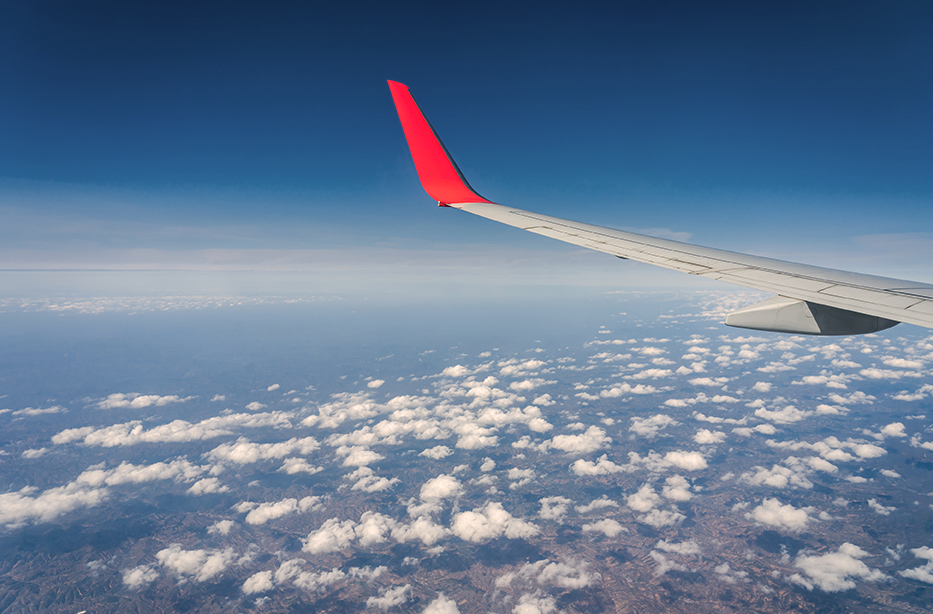 The impact of winglets on fuel consumption and aircraft emissions

In modern aircraft, winglets help reduce drag by minimizing the size of the vortex where high pressure and low-pressure areas meet at the wing tip. Lower drag results in better fuel efficiency and lower carbon emissions.

Winglets, the vertical tips at the end of many commercial aircraft wings, are designed to reduce drag and therefore increase fuel efficiency. The efficacy of winglets varies greatly by aircraft and route. On average winglets cut fuel consumption by 4-6 percent and help reduce in-flight noise by up to 6 percent. When looking at actual flight data you can see that the impact of winglets varies greatly by aircraft type and route.

What is a winglet?

Winglets were first conceived in 1897 by Frederick W. Lanchester. Lanchester was studying herring gulls and noticed how they flew with their wingtips tilted up. This observation in part inspired him to publish “The soaring of birds and the possibilities of mechanical flight” a full 6 years before the first powered flight.

In modern aircraft, winglets help reduce drag by minimizing the size of the vortex where high pressure and low-pressure areas meet at the wing tip. Lower drag results in better fuel efficiency and lower carbon emissions. Size and weight limitations or alternative wing shapes result in not all aircraft having winglets.

Measuring the impact of winglets

Using The Cirium Aircraft Emissions Monitor, we can see the actual impact of winglets by breaking down fuel consumption and emissions at individual aircraft and route levels. The Workbook enables users to view CO2 emissions estimates by individual aircraft and flight, using dozens of variables to calculate fuel consumption and emissions output–winglets are just part of the calculation. This level of detail and accuracy, +/- one percent*, is critical for organizations monitoring, reporting or making flying decisions based on aircraft emissions.

REQUEST A DEMO OF THE AIRCRAFT EMISSIONS MONITOR

*Fuel burn models target consumption results within +/-1% of reported OEM data for a specified set of mission, aircraft and payload inputs. Passenger/cargo payloads are Cirium estimates based on historical data

How much do winglets improve efficiency?

Every aircraft and route is different. Based on Cirium data, winglets can lower fuel consumption anywhere from 1% to 10%. Looking at a sampling of flights from around the world in late December, aircraft with winglets consumed 3.45% less fuel on average.

In the chart below you can see a sampling of routes and aircraft. The number in the chart is the percentage decrease in fuel consumption and emissions compared to the same type of aircraft without winglets.

Reduction in fuel consumption and emissions attributed to winglets

For more information on aircraft emissions and fuel efficiency, and to talk with a specialist, contact us.

on the fly: Eye on Europe
Ascend by Cirium Weekly Team Perspective: How airliner orders recovered strongly in 2021
Back to Thought Cloud