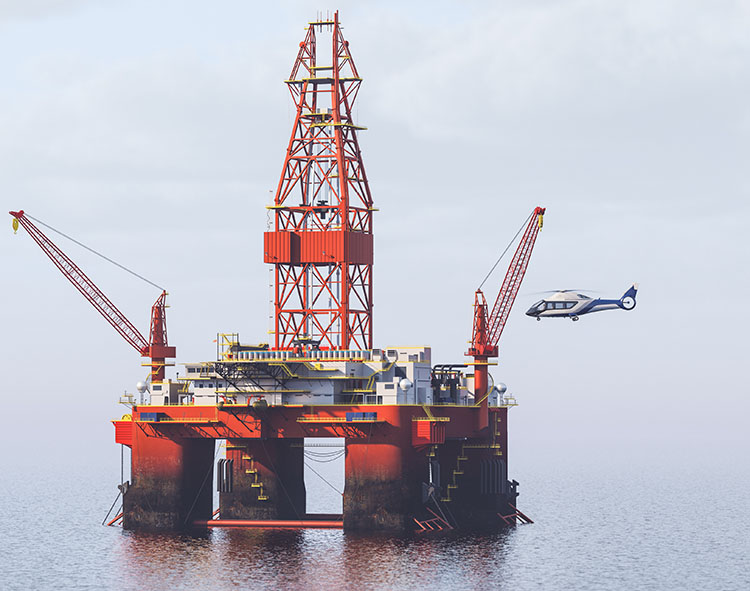 In the early 2010’s the sector grew significantly and by 2014 there was a large helicopter fleet in offshore oil and gas operations.

The oil price collapse in 2014/15 saw the offshore oil and gas helicopter support sector face an unprecedented downturn which it has struggled to recover from. After some challenging years optimism had begun to return in early 2020 prior to COVID-19, however the impact of the pandemic on global oil demand seemingly ground any resurgence to a halt. With oil prices now around $100 a barrel and gas prices at an all-time high is there now potential for the sector to grow again?

Somewhat unsurprisingly the trends for helicopter support in this sector are closely tied to oil prices. The chart below shows the in-service and stored western built offshore helicopter fleet against oil prices over the last 3 decades.

As prices started to rise in the early 2010’s the sector grew significantly and by the time the oil price started to fall in 2014 there was a large helicopter fleet in offshore oil and gas operations. The dramatic fall in the oil price caused offshore operations to be reduced and suddenly the sector was faced with a significant surplus of capacity. As the chart shows the total fleet fell significantly after 2014. Storage rates went up to nearly 20% during this period. Somewhat inevitably Ascend by Cirium observed a downturn in the values of the key helicopter types with a significant exposure to supporting this sector, such as the Sikorsky S-92.

The bankruptcies, consolidations and the evolution of the structure of the sector which followed had seen the industry become leaner and more appropriately resourced to allow for a potential recovery pre-Covid.

Two years on from the start of the pandemic, with the world trying to get back on its feet, oil prices had started to trend upwards, even prior to the Ukraine crisis.

New opportunities for the industry could be driven by the higher oil price. In addition, higher demand for oil post-Covid, plugging the supply gap that may occur due to the current sanctions on Russia and moves away from non-domestic supply sources (which can be subject to geopolitical disruption) could provide a growth opportunity for the sector.

The current energy crisis is however leading to increased focus on the adoption of greener sources sooner, which is likely to have a significant impact on the offshore helicopter support sector. That said, while the move away from fossil fuels is perhaps inevitable, the current situation has highlighted that even with the greatest motivation reliance on non-renewable energy cannot be stopped quickly.

At least for the short to medium term, while the world is in recovery mode and still on the path away from fossil fuels, there are likely to be significant opportunities for helicopter support in offshore energy. This could facilitate more structured transition, including increased support for renewable offshore energy initiatives such as wind power, than was experienced by the sharp shock that occurred in the mid-2010’s. Whether this potential uplift for the offshore oil and gas helicopter support sector will be seen as a ‘last hurrah’ rather than a long-term sustained recovery will have to be seen in the years to come.

Ascend by Cirium Weekly Team Perspective: eVTOL — What is their market position?
on the fly: Australia’s Largest International Airlines
Back to Thought Cloud