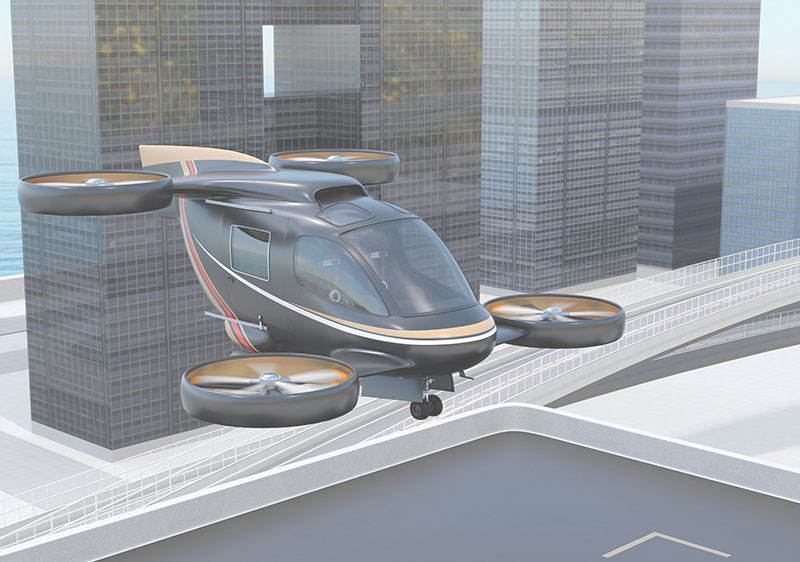 Ascend by Cirium Weekly Team Perspective: eVTOL — What is their market position?

Electric vertical take-off and landing (eVTOL) aircraft are an increasingly hot topic in the commercial aviation industry. Many start-up companies, existing aviation players and even some car manufacturers are developing their own eVTOL aircraft. The Ascend by Cirium team has been actively studying the development of the Advanced Air Mobility (AAM) market and tracking the “orders” and other market commitments of these eVTOL aircraft. Over 5,000 such commitments have been announced to date. However, most of the orders are conditional. None of these eVTOL aircraft has yet achieved certification and only a handful have indeed started to have test flights.

eVTOL is often described as a threat to the helicopter sector. How do eVTOL aircraft compare to helicopters?

Most eVTOL aircraft remain in the development stage. In the following comparison, we select a few potential eVTOL projects which are undergoing test flights. The chart below compares the range of the potential eVTOL aircraft and some common helicopters. The range of eVTOL varies widely, but is typically reported to be far lower than that which helicopters can typically achieve today.

The chart below illustrates that the useful payload of the potential eVTOL aircraft is also significantly lower than that of helicopters. The useful payloads of these eVTOL are close to the weight of passengers only, so they may not be able to carry extra items.

Helicopters are widely used for offshore operation, search and rescue, emergency response and heavy-lifting operation. These operations require a long flying range, the ability to carry heavy equipment, a sufficient number of seats and quick turnaround process. Given what we know about evolving eVTOL aircraft, they are presently unlikely to be able to replace helicopters on such missions. The initial usage of eVTOL will thus likely be limited to air taxi or sightseeing flights.

However, it remains too early to judge in the longer-term. eVTOLs are powered by efficient electric motors which are also significantly lighter than traditional turbine engines. The performance of eVTOL is mainly driven by battery technology. Existing batteries have only about 2% of the energy density of jet fuel, which leads to a significant weight burden. But as battery technology improves, the performance and thus mission capability of eVTOLs may yet catch up to that of helicopters.

Enhance your airline’s credibility in the marketplace
Ascend by Cirium Weekly Team Perspective: Offshore Oil and Gas Helicopter Support – Is the recovery here?
Back to Thought Cloud