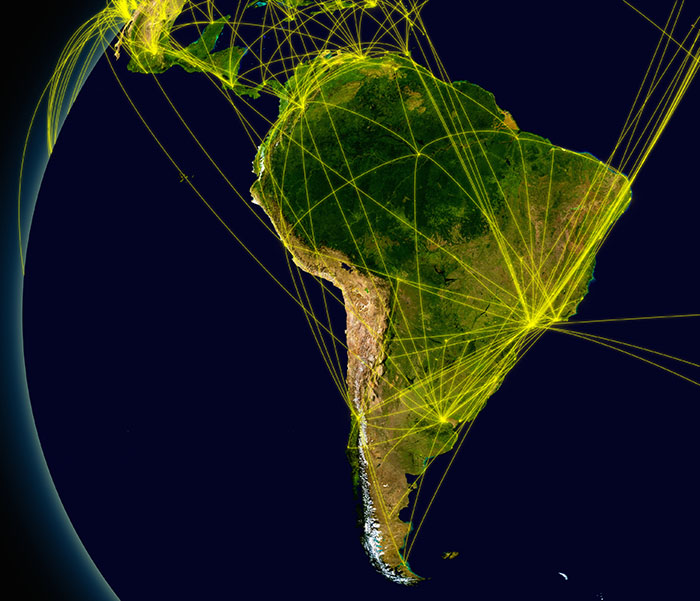 on the fly: Will a new merger drive success for South American carriers?

A look at the newly proposed Abra, a combination of South American airlines.

Will a new merger drive success for South American carriers?

The pandemic was especially rough for South America’s airlines. Even the strongest and largest among the region’s airlines were impacted. With low levels of Government aid, even as rivals in the U.S. and elsewhere benefited from heavy support, airlines were faced with waves of bankruptcies and near-bankruptcies. As aviation markets now look to recover, South American carriers are wondering if merging can offer a viable way forward?

Colombia’s Avianca and Gol of Brazil seem to think so. The two airlines announced a merger that will also involve close ties to the LCCs Viva (of Colombia and Peru) and Sky (based in Chile). The combined company, called Abra, will look something like IAG in Europe, parent company to British Airways, Iberia, Aer Lingus and Vueling. In a similar fashion, Avianca, Gol, Viva and Sky intend to retain their own brands and separate operations.

As Cirium’s data demonstrates, Abra will become South America’s largest airline by scheduled passenger seats, a bit larger than even LATAM. Azul, based in Brazil, is the only other airline on the continent that will be remotely close in size.

Travel demand is finally growing again, but Abra will have its fair share of challenges. Jet fuel prices are soaring, made worse by depreciating South American currencies. Latam, like Avianca, has also used bankruptcy to slash its costs. Azul, meanwhile, is earning strong profits. Panama’s Copa and carriers based in the U.S. are tough competitors too. There are even rumors that Latam and Azul might themselves merge (though Azul dismissed the idea in its latest earnings call).

It is important to note that international traffic within South America is rather limited even in good times, partly owing to the continent’s unique topography (the sparsely populated Amazon rainforest and Andean Mountains cover much of its interior). In 2019, Bogota to Sao Paulo and Bogota to Rio de Janeiro were the only two non-stop routes of any significant size connecting Colombia and Brazil, two countries with a combined population of about 260m people. This could limit the potential for network synergies between Avianca and Gol.

Abra will strive for other synergies, though, and perhaps will give Latam and Azul a run for their money.

NEXT WEEK: What makes Istanbul an aviation success story?

Ascend by Cirium Weekly Team Perspective: Is the sun rising again in Japan?
Qatar Airways – tracing its path to success
Back to Thought Cloud