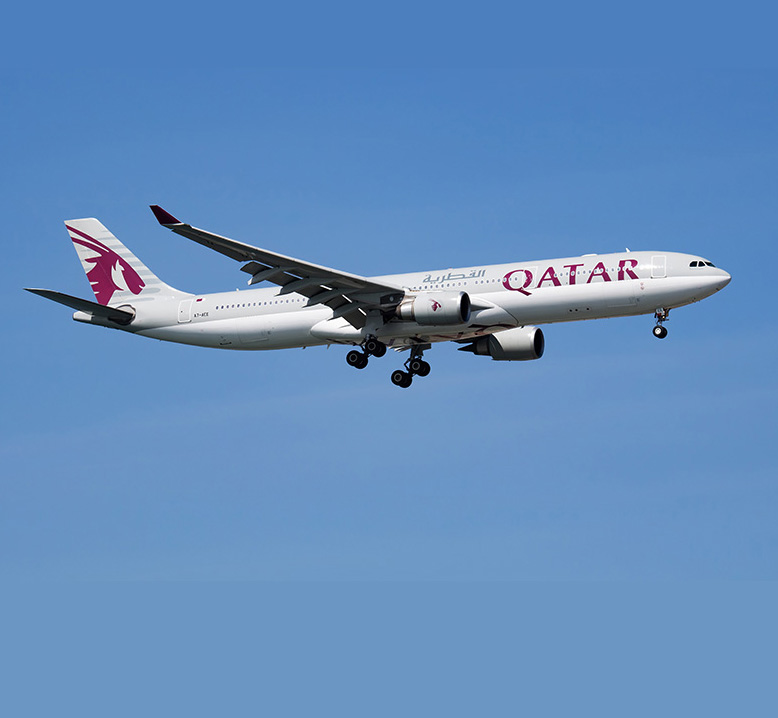 Fast forward a quarter century, and Qatar Airways now has over 200 aircraft, including many of the largest and most advanced Airbus and Boeing widebodies.

The 78th annual IATA AGM is being held in Doha, Qatar on the 19-21 June. I always look forward to this annual event as it brings together a rich diversity of leaders, which is the airline industry’s hallmark. It helps me to connect with old friends, rekindle relationships and meet new people. The AGM is hosted by an airline, which is usually announced a year in advance, so there is plenty of time to prepare. This year the host airline did not have as much time because of a COVID-19 outbreak at the selected airline’s host city. The organizers switched to a new venue at very short notice and Qatar Airways gallantly stepped up to become the host airline.

I started thinking about the airline and how far it had come in a relatively short period. I remember flying Qatar in the early days and being impressed. On my first flight, the crew invited me onto the flight deck as we flew into Doha. I hadn’t asked for any special treatment, but it was clear even from those early days that Qatar was paying attention to details, and who their customers were. This was a great early indicator of its focus on service, which has obviously contributed to its success. Let’s take a closer look at Qatar Airways.

Twenty-five years ago, the government of Qatar wanted to do something more with its struggling little airline, which largely catered to price-sensitive migrant labor traffic. Neighboring Dubai, after all, was having great success with its globetrotting Emirates Airline. Qatar Airways, officials thought, could be just as successful.

First of all, the airline got a new leader: Qatar Airways Group Chief Executive, His Excellency Mr. Akbar Al Baker, previously part of Qatar’s Civil Aviation Department. He quickly set about transforming Qatar Airways into a premium airline, and one with global ambitions. At the time of the relaunch, in 1997, the carrier had just four planes.

Fast forward a quarter century, and Qatar Airways now has over 200 aircraft, including many of the largest and most advanced Airbus and Boeing widebodies.

Few airlines grew as rapidly during the first two decades of the 2000s, building not just a global network of passenger destinations but also a major cargo operation.

The company, still wholly owned by Qatar’s government, has other businesses too, including a private jet division, ownership of several hotels in Europe and Australia, duty-free retail and the contract to manage Doha’s main airport, which opened in 2014. In its fiscal year that ended just before the COVID-19 pandemic, revenues reached $1.4b, with roughly a quarter of that from non-passenger services.

How did Qatar Airways so quickly become a leading force in global aviation? Here, its government helped, not hindered. The airline industry has historically been known for counterproductive government involvement, from dictating which routes to fly (often for political rather than commercial reasons) to sheltering favored stakeholders from necessary cost control.

Qatar’s government, by contrast, views its national airline as instrumental to economic development, allocating a substantial portion of the country’s energy riches to the aviation sector.

The airline openly admits that its operations incur annual losses, even during industry upturns. The losses, however, are not because of poor service, labor unrest, political meddling or other maladies common among chronic loss-makers.

On the contrary, Qatar Airways spends heavily on service, from inflight amenities to airport lounges to information technology, pursuing the goal of “excellence in everything we do.” It spends heavily on marketing as well, as is clearly visible at industry trade shows. At this year’s Arabian Travel Market, for example, the airline showcased what it calls “the world’s best business class seat.” Qatar Airways likes to talk about its home airport in Doha too, and its Privilege Club loyalty plan. To some, the Qatar Airways brand is best known through the many sports teams it sponsors, including several prominent European football clubs. Football, also called soccer, will play an even greater role in the airline’s branding later this year, when Qatar hosts the FIFA World Cup. As part of FIFA’s pledge to host at least one international tournament in the region before 2030, it will be the first time the event is held in the Middle East and, alongside that historical decision based on geographical reasons, Qatar 2022 will also be the first ever World Cup held during the Northern Hemisphere winter months, with a November start and a December finish.

It is clear that Doha doesn’t have quite the same aviation mass as Dubai, which benefits from a larger population, more international companies, and a much larger tourist market, but what it does share with Dubai, however, is geographic centrality. Put another way, Doha is an extremely convenient place for passengers to connect on many international routings. The Qatar Airways workforce, furthermore, just like that of Emirates, is drawn from all corners of the globe, widening its pool of talent.

Qatar Airways, meanwhile, again recognizing its need to generate additional traffic to compensate for its small home market, joined the Oneworld alliance in 2013. This provided marketing partnerships and opportunities with airlines such as American, Qantas and Japan Airlines, in addition to British Airways and Cathay (LATAM left Oneworld in 2020, electing to forge closer ties to Delta, a SkyTeam member). Qatar nevertheless still cooperates with LATAM, as it does other non-Oneworld airlines like JetBlue and Bangkok Airways.

From early on, Qatar Airways adopted a network strategy that emphasized breadth over depth. Put another way, it prioritized adding lots of new destinations, even if that meant offering limited weekly frequencies.

When it comes to adding dots to a map, few do so as prolifically as Qatar Airways. Today, according to Cirium’s latest data, the airline offers passenger service to over 140 airports with just 233 planes.

Emirates, by contrast, offers only 126 destinations with 269 planes.

Qatar’s network currently looks rather different than it did pre-pandemic, not least because it’s once again permitted to serve Dubai itself, along with Abu Dhabi, Saudi Arabia and Egypt. That’s after a political dispute locked it out of those markets for several years. In the meantime, it continued to add other new cities, including San Francisco and Seattle in the US. Its network now includes 14 airports in the Americas, including Montreal in Canada and Sao Paulo in Brazil. Santorini in Greece will be new to the route map this summer. Africa is another area where Qatar Airways is expanding its footprint. Similarly, Australia, where it recently launched services to Brisbane and announced a new partnership with Virgin Australia (which was partly owned by Qatar’s Gulf rival Etihad prior to Virgin’s bankruptcy). Malaysia Airlines is another partner with which Qatar will deepen commercial ties.

The pandemic was, of course, challenging for Qatar Airways, as it was for all airlines. Qatar’s government helped with $3b in new equity, while the headcount declined by over 10,000 people. For the first time, its fleet size contracted, and workers that remained received temporary pay cuts. On the other hand, it maintained a larger schedule than most other airlines early in the crisis, providing emergency flights for stranded expats, for example. Cargo, meanwhile, proved immensely valuable during the pandemic, accounting for 63% of company revenues in the 12 months to March 2021.

Now that international air travel is reawakening from its pandemic slumber, Qatar Airways hopes to grow again. This summer, it’s marketing a large variety of leisure destinations, mentioning places like Bali, Phuket, the Maldives and the Seychelles as top spots for beachgoers, and Paris, Bangkok, Rome and Prague for attractive city breaks. The more adventurous might opt for a safari in Kenya or South Africa, climbing Mount Kilimanjaro or camping in Jordan’s Wadi Rum. The underlying message: just about anywhere you want to go, Qatar Airways can take you there.

Looking forward to seeing everyone at the IATA AGM in Doha!

on the fly: Will a new merger drive success for South American carriers?
June 2022 Slot Conference — Schedulers’ Calendar
Back to Thought Cloud