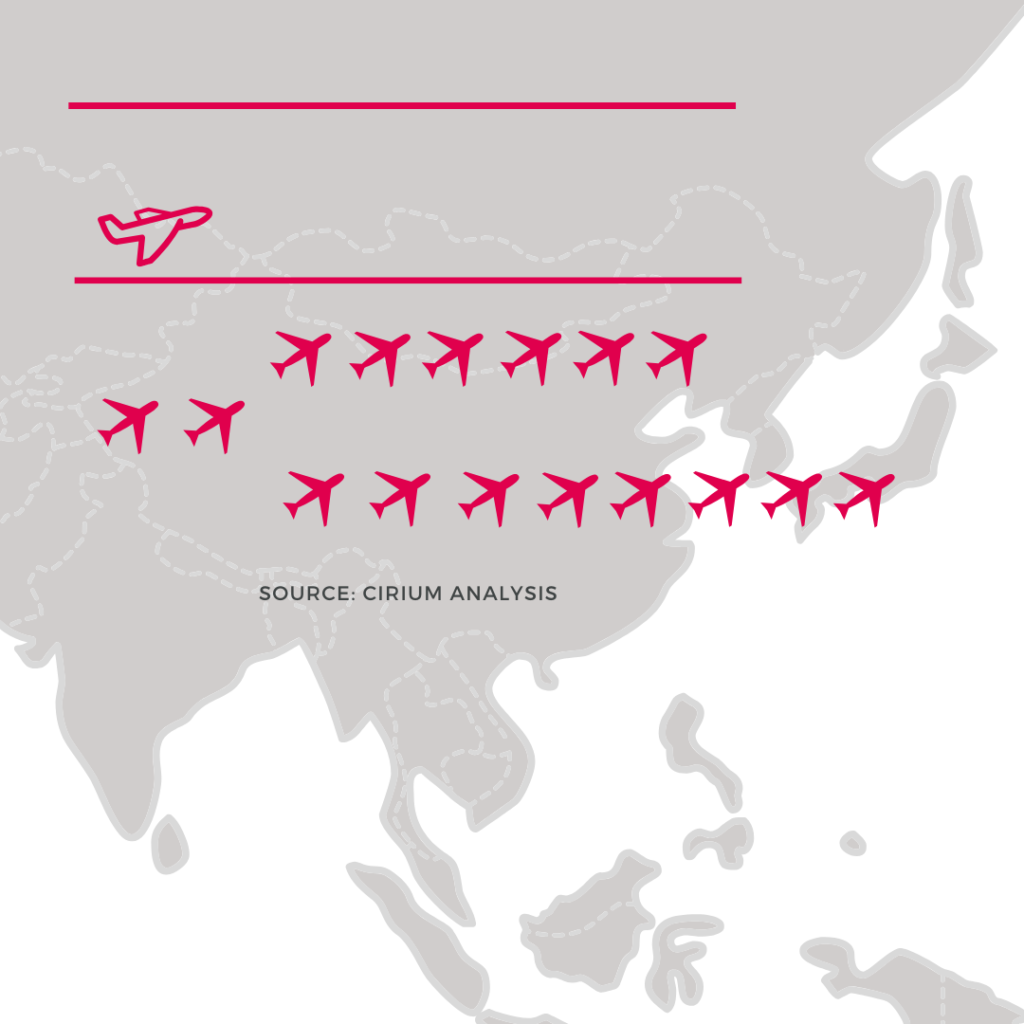 In the past few weeks, the aviation industry has been playing its part to help prevent the spread of COVID-19. […]

In the past few weeks, the aviation industry has been playing its part to help prevent the spread of COVID-19. The outbreak has increasingly caused significant disruption of domestic and international flights in and out of Asia.

Tens of thousands of flights have been cancelled, either by the airlines themselves, or as a result of authorities closing airports or routes. As Wuhan Airport was the first airport to close on January 23 2020, we analyzed the data between January 23 and February 11, to identify key insights. For more in-depth analysis, you can also watch the latest Expert View video from Ascend by Cirium.

Over 85,000 of scheduled domestic and international flights in and out of China have been cancelled.

China’s cancelled flights account for over a third (33.9%) of the country’s total scheduled activity.

More than 3,400 flights in and out of Wuhan Airport have not flown.

Flights to and from Hong Kong have also declined, with over 1,200 flights cancelled so far, which is over 7% of Hong Kong’s scheduled activity.

Not only are flights being cancelled, airlines are removing flights from their schedules ahead of time. The data shows a 20-25% drop from originally planned flight schedules for domestic flights and a 22% drop for international.

At the moment, domestic schedules appear set to return to around 90% of the expected schedule in March – cancellations so far are in February.

International airlines are set to stay away for longer, in March only about 55% of the original schedule is currently planned to be flown.

The full impact of COVID-19 on the global aviation industry is dependent upon the further evolution of the virus transmission and infection rates in across the globe.

If you’re interested in learning more about how we deliver schedules data to the industry, you can find more content here. You can also interact with Cirium’s aviation data and analytics–covering global fleets, airline schedules, aviation asset values and flight status– visit Cirium Ideas.

Love is in the air and so are nearly 99,000 flights, says Cirium
Snowflake Software agrees to join Cirium
Back to Thought Cloud