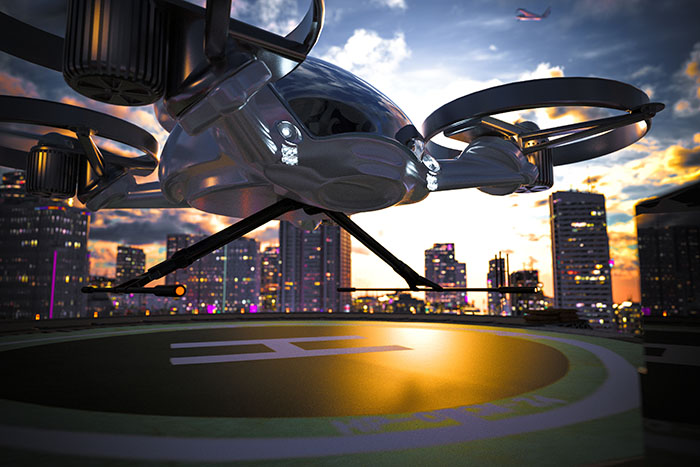 Cirium’s third update of known orders and commitments in the AAM space following the launch of such data in its Fleets Analyzer platform.

New Order Tactics and a New Kid on the Playground

Ascend by Cirium launched its Advanced Air Mobility and Electric Aircraft Sector Datasets in April this year. For the past five months, we have recorded over 6700 non-binding commitments for 19 different AAM OEMs from all sorts of customers.

The commitments by type for the eVTOL space can be seen in the table below.

These orders come from a total of 48 customers. The market is still dominated by the top two contenders – EVE Air Mobility’s EVE, and Vertical Aerospace VX4, with EVE having at least 19 customers for 2300 commitments and Vertical having 10 for 1500 commitments. Worth noting is that Vertical has just completed their Stage 4 full scale test flight (tethered hovering) while EVE has yet to have any full scale test flight, nor rolling out their full-scale prototype.

As the sector is still in its early development stage, no one can be completely confident on which OEMs can eventually deliver a certified eVTOL aircraft, let alone standing out from the rest. Not to put all their eggs in one basket, some customers have diversified their orderbooks over multiple OEMs.

The most noticeable will be the recent announcement of a $15 million investments in EVE from United Airlines, together with 200 conditional purchases and 200 options. On the other hand, their confidence on Archer is further fortified by a $10 million pre-delivery payment of their 200 orders. The two eVTOL are both using Lift + Cruise configuration, designed to carry 4 passengers with one pilot and autonomous capable. Comparing to Bristow and Japan Airlines, which also have orders with multiple OEMs, their propulsion technologies, and seating configurations of their invested eVTOLs are less alike.

Afterall, that indicates these customers are very committed to play a part in the future of the AAM sector. And as a knock-on effect, we may see more customers following their decision to diversify their orderbooks.

Heart Aerospace has recently announced the launch of ES-30 with 30 commitments from Air Canada. The type can carry 30 passengers to fly 400km and up to 800km with SAF-powered generator. A large number of ES-19 commitments have also been swapped to this bigger type with hybrid instead of pure electric propulsion, making this new type leading the others with 426 commitments.

The Ascend by Cirium AAM team will continue to provide valuable insight to the market. We would be pleased to hear any thoughts, comments or feedback you may have so do not hesitate to contact us.

Learn more about Cirium Fleets Analyzer and schedule a demo.