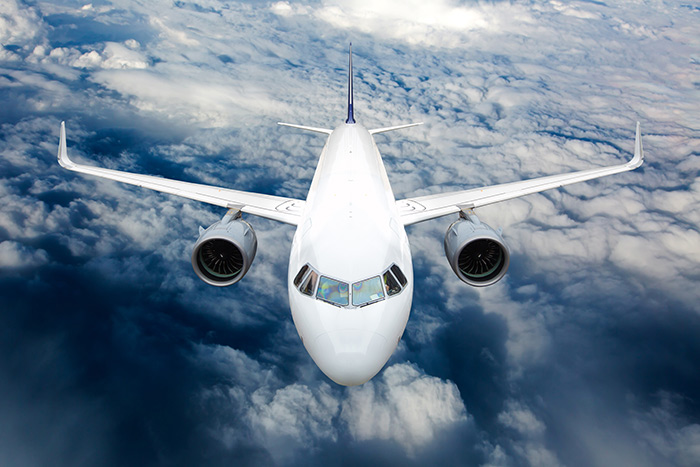 The plan to build 50 aircraft per month in 2025 is significant, because it now allows us to understand how Boeing perceives market share moving forward.

By Rob Morris, Global head of consultancy at Ascend by Cirium

Relatively hidden away amongst Boeing’s investor briefing statements last week was a comment that the OEM plans to build 737 Max to Rate 50 – that’s 50 aircraft per month – in 2025. To this point Boeing had been silent about future rate plans, noting only an intent to consolidate at the “current” 31 (I place current in quote marks because Cirium’s first flight data indicates a current build rate closer to 20, suggesting that supply chain delays are far worse in Seattle than the OEM cares to admit). The plan to build 50 aircraft per month in 2025 is significant, because it now allows us to understand how Boeing perceives market share moving forward.

Remember that Airbus has been insistent for some time that it will take A320 family production Rate to 75 in 2025, albeit the ramp up is being delayed by the same supply chain issues as Boeing. Hence, Rate 65 is now expected in early 2024 before 75 will be achieved in 2025. Airbus argues that Rate 75 is justified by demand and at face value, with a backlog today of 6,146 aircraft which normalises to 12 years of production at current Rate 45 and seven years if we apply Rate 75, it is hard to argue with that point. Rather similarly, Boeing’s own backlog of 4,238 (which includes an ASC606 total of 684, aircraft which have a high probability of not being delivered and which could thus reduce the backlog even further to 3,554), equates to just over 11 years of production at Rate 31 and reduces to seven years at Rate 50.

Most telling amongst all of these numbers though seems to be the tacit acceptance by Boeing of a lower market share than Airbus. As the duopoly endures, the working assumption has typically been that single-aisle market share will be split fairly evenly at 50/50 between the two OEMs. Boeing has even fairly recently made statements to the effect that future backlog market share will fall at that level. But clearly that is not going to be the case for some time, if ever. Already backlog market share is broadly 60/40 in favour of Airbus (that 6,146 vs 4,238). The key driver to Airbus’s market share position is the A321neo, with 3,677 orders outstanding today (some 60% of the overall A320 family backlog), which compares very favourably to Boeing’s declared position for the Max 10 of 784 (some 18% of that family’s backlog). And now with its production rate statements Boeing seems to have tacitly admitted that it is accepting 60/40 in production terms (in 2025 at least). Indeed, the position is actually worse since Airbus will also be building A220 at Rate 14 in 2025, resulting potentially in Boeing’s single-aisle share declining even further to around 36%.

Boeing’s position is potentially even further complicated by certification issues.

Both Max 7 and Max 10 were supposed to be certificated in 2022 to avoid the need for cockpit design changes which could fundamentally undermine the Max family concept. Boeing also noted last week that Max 7 will now slip into 2023 and Max 10 potentially into 2024. Both slippages will require some political decisions to allow a waiver and permit the current design to be retained. Frankly though it is as much in Airbus’s interest as Boeing’s that the decision to extend the certification deadline is granted.

The market is being very clear about its single-aisle preference and the current Max design and performance is an obvious driver of that.

With Boeing’s final statement that it does not expect to build any new commercial aircraft design before the middle of the next decade, it seems that the die is cast and Airbus sits very favorably with its current single-aisle product line for this decade at least. Let sleeping dogs lie and take the market share!

Meantime, what of the potential disruptors? The C919, about to achieve first customer delivery, has a firm order backlog of 303 today, all for customers in China. That backlog includes 225 ordered for lessors and only 60 for five different airlines. With reports of another 300 orders from lessors emerging from Zhuhai, the programme apparently has 87% market share from operating lessors. Not healthy for any programme and perhaps reinforcing perceptions that the aircraft will remain limited to domestic markets. Hence, for export market share considerations the aircraft isn’t really relevant. And ditto for the MC-21, with a nominal firm order backlog of 175 aircraft. As conflict continues in Ukraine, Russia is likely to remain largely ostracised from international markets and MC-21 remains a domestic player, again with no relevance for export markets.

In summary, the more things change, the more they remain the same. The single-aisle market duopoly remains set fair and in place, albeit with Airbus a seemingly dominant market player with 60%+ share. How long that status quo endures, and what implications that might have on aircraft values and lease rates for the A320 and 737 families will only be seen in time.

AAM Snapshot September 2022 – New Order Tactics and a New Kid on the Playground
on the fly: How is Doha preparing for the FIFA World Cup?
Back to Thought Cloud