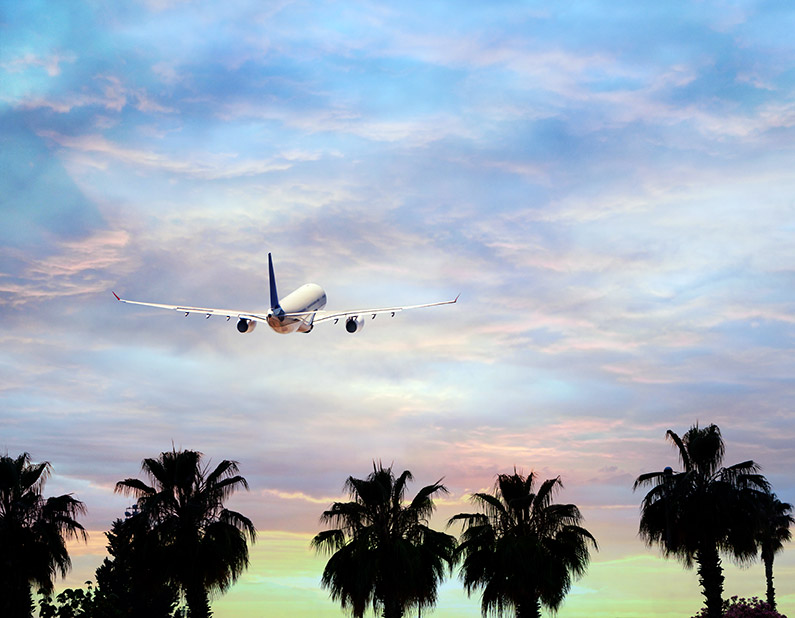 Cirium is pleased to re-instate global coverage. This is a sign of a return to normalcy for the world’s airlines.

Bookmark this page for a summary of The Monthly On-Time Performance Reports for Airlines and Airports. We highlight and provide data visualizations of data-points and the OTP leaders infographic. View the OTP relaunch video here.

August is the last best chance for airlines to earn precious summer revenue in the Northern Hemisphere, so it was critical that they be on-time. Spoiler: many were not. Nevertheless, the airlines had a better time of it in August than in July. Notably, several American carriers still lagged. This month, Cirium has elected to re-initiate its coverage of the global airline category — pitting the airlines of the world against each other. It’s been some time since we’ve done so.

From a data perspective, Cirium has not reported on the global airline category since the pandemic began — there were just too few airlines qualified under Cirium’s guidelines for inclusion in coverage. The global airline category is a measure of consistent, global travel. With the pandemic, and ever-changing testing and quarantine requirements, that has proven a challenge to for airlines to manage on a passenger-by-passenger basis.

This month, however, we are pleased to re-instate that coverage. This is a sign of a return to normalcy for the world’s airlines and so we are cautiously optimistic. Aeroflot, LATAM and Delta were the top performers globally — but Delta was still more than six points off of LATAM.

Neck and neck in APAC

In APAC, JAL and ANA continue to battle for top spot, but they each consistently demonstrate excellence in on-time performance, month in, month out. While last month ANA “won gold”, this month JAL took top spot by a slim margin — less than a point.

A better month in the Americas

July was very tough for American carriers, particularly American, Spirit and Southwest. Each returned to their normal range of operating in August. JetBlue continues to under-perform its colleagues.

One callout that our data team spotted: Iberia. Iberia improved greatly over the course of the month. They began the month at 88% on-time, dipping significantly but ended strong at 94% on time. That’s significantly better than most of their fellow Europe carriers, who sat at around 80% for the month. And, when they were delayed, their average delay was some 20 minutes less than Aeroflot, who took top honors in Europe.

Last month, Gol took top spot among the Latin American carriers in both mainline and network operations. This month, they fell off the table completely. Azul, LATAM and Copa continue their solid performance during the Southern Hemisphere winter.

Low-cost carriers bask in the sunshine

Low-cost carriers continued to bask in the sunshine: they were consistently the most on time no matter where in the world they flew. Indeed, Safair, the South African-based low-cost carrier, was tops in the Middle East and Africa. Air Do, StarFlyer and Safair took the top three spots.

Airport operations are critical to the airlines who keep their schedules tight, and there’s no better place to operate than Tokyo Haneda (HND), Moscow’s Sheremetyevo (SVO) and Sao Paolo (GRU). Each took the top three spots for global airports. Is it any wonder that JAL and ANA are so efficient? Will Bogota’s Torre El Dorado continue to make a strong showing in September? Watch this space next month.

July was the kick-off to the Olympics in Tokyo, and there was no better way to celebrate than a home victory in the Asia-Pacific by ANA, who maintained its top spot in on-time performance (95.22%) after winning it from JAL in June. ANA also took home gold at the top of the airline network category. There were new entrants to the top 10 mainline carriers: Vistara, China Southern and Lucky Air as well as network carriers: Vistara, Asiana and Virgin Australia. Indeed, the region took off in July with a doubling of the total number of flights compared to June 2021. Compare that to the next highest growth region, Europe, where total flights grew 53%.

It was a rough month across the board for US carriers, ranging from high-80s to low 60s percent on-time. Flights flown grew only 2% compared to June 2021. Regular observers will see a poor showing all around. Nevertheless, Hawaiian Airlines took home gold in North American, wresting the laurels back from Air Canada (who had triumphed in June). Canadian-rival WestJet built on its previous position as the most on-time airline network in the region, and became a new entrant in the mainline category as well. Alaska and Southwest each improved in July over June—with the former rising to 3rd place and a gain of four points compared to June. Spirit faced major challenges, dropping from 6th to 9th place, in line with staffing and IT issues towards the end of the month.

Aeroflot moves to the top in Europe (mainline) from 7th place last month – improving its on-time percentage and becoming the top network carrier.  Iberia rose in mainline to 3rd despite a slightly lower on-time performance percentage. TAP Air Portugal had a stunner of a June but a dud of a July, falling out of the medal count from 2nd place to 10th spot.

In Latin America, Gol kept its first place position from June in the mainline category with an on-time arrival of 93.42%. Amongst its competitors in mainline operations, both Azul and Volaris improved their on-time performance slightly while the other carriers performance dropped slightly across the board. COPA increased their flying by 1,000 flights in July over June, and had a corresponding drop from 2nd to 6th in July.

This month, Emirates again took top honors on both the mainline and network list but new entrants Royal Jordanian and El Al hopped on board in second and third spots, respectively.

Haneda tops the list again — with an Olympic level of service. Sheremetyevo came in strong at 2nd position, while Sao Paulo took third place — after having only moved to the top twenty globally in June. Impressive. July was a strong month for US airports, with myriad across the country displacing APAC airports. Winners included Minneapolis, Seattle, Detroit, San Francisco, Salt Lake City, Charlotte, Philadelphia and Boston.

Newly promoted winners included Sao Paulo (in at 3rd), Barcelona (in at 4th) and Chicago O’Hare — with its massive international and domestic operations, at 18th globally.

Cirium’s monthly OTP reports are one component of the full OTP portfolio. Cirium additionally produces the closely followed annual On-Time Performance Report for airlines and airports where businesses are awarded for their yearly on-time performance. Access to Cirium OTP data and analysis through our Workbooks can also drive huge benefits for businesses on a real-time daily/hourly basis. Businesses can benchmark and create carrier comparison performance analyses, delve into departure and arrival statistics, and identify and monitor trends.

You can find out more on Cirium’s On-Time Performance portfolio and download reports here.

Airlines and Airports Gear Up for Summer Travel

Airlines: Newcomers to the top

In the Asia-Pacific, ANA has taken top spot, with an on-time arrival of 98.14%, in the mainline airline category beating JAL, who came first last month. The carrier improved it’s on-time arrival by 3.5 points. ANA also maintained its position at the top of the airline network category. Can we anticipate the two carriers to be neck and neck this summer, leading up to the Olympics?

Air Canada moved up from 2nd place in May to 1st in the June mainline airline North America category with an on-time arrival of 87.76%, taking the top spot from Hawaiian Airlines. This is the first for Air Canada. Canadian-rival WestJet maintained its position as the most on-time airline network in the region.

WEATHER: North American travelers will know that June is a tough month to fly — it’s thunderstorm season, particularly on the hot and humid eastern seaboard. As expected, airlines in North America were heavily impacted in June by a thunderstorm that swept across the east coast of America. Such extreme weather conditions are huge disruptors to airline and airport performance.

Learn how Cirium minimizes disruption for your customers

European carrier Vueling shot to the top in the European mainline category with an on-time arrival of 94.54%, although its on-time performance dropped slightly from May (96.07%). The airline also knocked Iberia off the top place in the network category, as Iberia’s on-time arrival dropped 3.0 points since May.

In Latin America, Gol moved up to take first place in the mainline category with an on-time arrival of 93.42%. The carrier moved Avianca off the top spot. Also rising in the ranks were Copa Airlines (91.78%) and LATAM Airlines (91.42%). Gol took the top spot in the network category as well, displacing LATAM from top spot with an on-time arrival of 93.42%.

The last time we reported on on-time performance in the Middle East and Africa was February 2020 — so long ago. Then, Qatar Airways lead the region. This month, Emirates took top honors on both the mainline and network list with an on-time arrival of 91.66%.

Cirium’s monthly OTP reports are one component of the full OTP portfolio. Cirium additionally produces the closely followed annual On-Time Performance Report for airlines and airports where businesses are awarded for their yearly on-time performance. Access to Cirium OTP data and analysis through our Workbooks can also drive huge benefits for businesses on a real-time daily/hourly basis. Businesses can benchmark and create carrier comparison performance analyses, delve into departure and arrival statistics, and identify and monitor trends.

You can find out more on Cirium’s On-Time Performance portfolio and download reports here.