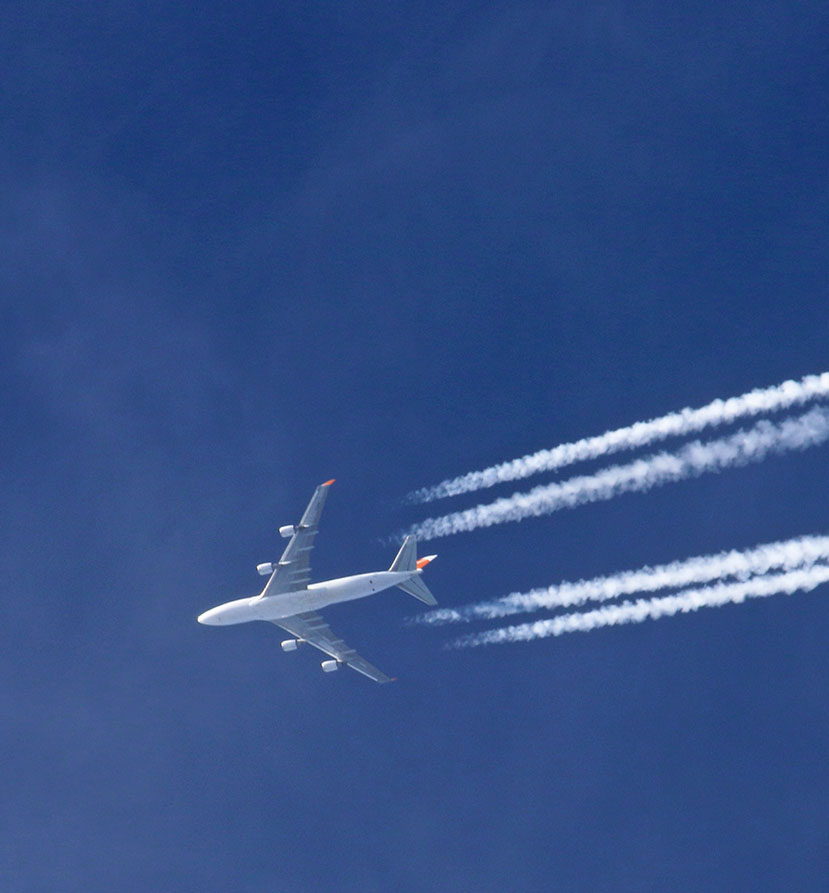 See the five key insights from a recent Ascend by Cirium webinar on the state of play in aviation and the impact of the conflict between Russia and Ukraine.

Rob Morris, Global Head of Consultancy at Ascend by Cirium was joined by his Senior Consultant colleagues, Max Kingsley-Jones and Richard Evans, on March 17, 2022 to discuss the state of play in aviation and assess the industry impact of the conflict between Russia and Ukraine. Read on for five key insights from the live broadcast drawing on the latest Cirium data.

Since the conflict began on 24th February 24, 2022, western nations have applied sanctions targeting the Russian economy and the country’s commercial aviation sector. 36 countries banned Russian-owned or related aircraft from their airspace, and Russia reciprocated in kind. The EU required operating lessors to terminate leases to Russian airlines by 28th March, granting a further 30 days to recover their assets.

Ascend has been tracking the progress of recovery efforts to understand the repercussions for lease rates and current market values. To begin the webinar, Rob Morris guided us through an analysis based on Cirium’s fleet and tracking data.

“At the very start of the conflict there were 980 aircraft in Russian airline fleets, of which 515 were leased from international lessors” Rob explained. “The EU imposed sanctions on the 28th February which prevented operation of those aircraft and requiring the lease to be terminated by the 28th March”.

Ascend by Cirium’s evolving hypothesis is that this event will be less significant for lease rates and values than first thought; aside from the loss of the Russian market to place aircraft in, only a limited number of the leased aircraft are likely to be made available in the near term, with a similar number of OEM aircraft on order to airlines in the region that will need re-placing in the next 18 months.

The fate of leased aircraft in Russia remains uncertain

Boeing, Airbus and other OEMs have withdrawn the supply of parts and support, meaning aircraft flying in Russia are outside of the international maintenance and utilization schedule. This casts significant doubt on their ability to be remarketed if they can be recovered and rehabilitated into the global lease portfolio.

However, Cirium tracking data shows Russian aircraft are continuing to fly; Russian commercial aircraft activity is slowing rather than ceasing. This is despite 745 Bermudan registered aircraft having their certificate of airworthiness suspended by the country’s CAA, an event which should technically lead to the grounding of the aircraft.

Rob identified that these actions extend further than the condition and insurance status of the aircraft themselves, having jeopardised their relationship with the leasing industry and insurers. “Russia is appearing to act outside of international law in the context of leased assets, damaging and impacting long-term relationships; the geopolitical risk dynamic will change as a consequence of this” he concluded.

Russia represents around 4.5% of global Revenue Passenger Kilometres (RPK) today, so the impact of the country’s isolation is significant but not fundamental to the industry’s wider recovery. However, the presenters agreed that economic factors of the conflict have greater potential to threaten the recovery than sanctions directly placed on Russian aviation.

These macro-level factors, particularly high fuel and energy prices, inflation and passenger confidence are harder to predict, but all could ramp up costs and slow the recovery of passenger numbers. Brent crude oil price volatility induced by the conflict introduces significant uncertainty for airlines, exacerbated for many by the longer flight times required to circumvent Russian airspace.

At the stage the conflict appears likely to dampen the recovery, with the potential for more damage according to Senior Consultant, Richard Evans.

“Our recovery scenario is potentially threatened by the wider implications of the conflict. 2022 was set to be a better year for the aviation industry, the recovery is going to be slowed marginally by Omicron but we’ve yet to see what happens with the conflict in Ukraine”.

While the conflict is dominating the headlines, the shape of commercial aviation is still dominated by the response of passengers and regulators to COVID-19. The impact of the virus on the industry is well understood, but uncertainties remain, with Ascend’s key indicators showing a regionally asynchronous and fragile recovery.

This is particularly clear in China and Hong Kong, where a resurgence of the virus and policy approaches are reversing progress.

“China and Hong Kong have been pursuing Zero Covid policies which have kept their doors shut to international travel, but despite this, cases have been rising fast”

“The situation does not bode well for any early move to open up these markets”.

Ascend by Cirium’s daily fleet tracking data shows the impact of Chinese lockdowns, showing a sharp decline in recent weeks as new domestic travel restrictions have taken effect. Just over 2,100 single-aisle aircraft were tracked in mid-March, 19% lower than the March 2019 benchmark, despite the fleet peaking at close to 2,900 last year. Ascend identifies the impact of COVID-19 in China as the main source of uncertainty for the industry, and as Chinese carriers cancel thousands of domestic and international flights, there is no immediate end in sight.

Neither COVID-19 or the conflict have eliminated the need to face up to environmental challenges. An immediate impact of the conflict has been to elongate flight times, particularly between Northern Europe and Asia, creating significant additional CO2emissions. Data drawn from Cirium’s Global Aircraft Emissions Monitor shows that airspace closures can add more than two hours to flights between the two regions in some cases, translating to an additional 25 tonnes of fuel burnt per flight.

However, even if the conflict is resolved and airspace reopened quickly, Richard views meeting sustainability targets to be aviation’s biggest challenge. “In the long term the big issue is what the aviation industry has to do to combat climate change, and the cost of burning fossil fuels is going to go up and up in real terms”.

Richard detailed the multiple barriers to meeting IATA members commitment to achieving net zero by 2050; the scalability of Sustainable Aviation Fuel (SAF), the question of who will pay for new technology, and fleet inertia. “The technology aspect of replacing aircraft with more efficient aircraft does take a long time; it will cost a lot of money to replace the passenger jets that are in today’s fleet”.

Looking ahead, Richard concluded; “The next expansion cycle provides the opportunity for our industry to demonstrate its commitment to decarbonisation and start to see some measurable changes rather than just talking about it.”

To view the panel’s full discussion, including deeper analysis of the Russian fleet, the potential role of Russian OEMs and an update on Ascend’s recovery scenario, watch the webinar on-demand.