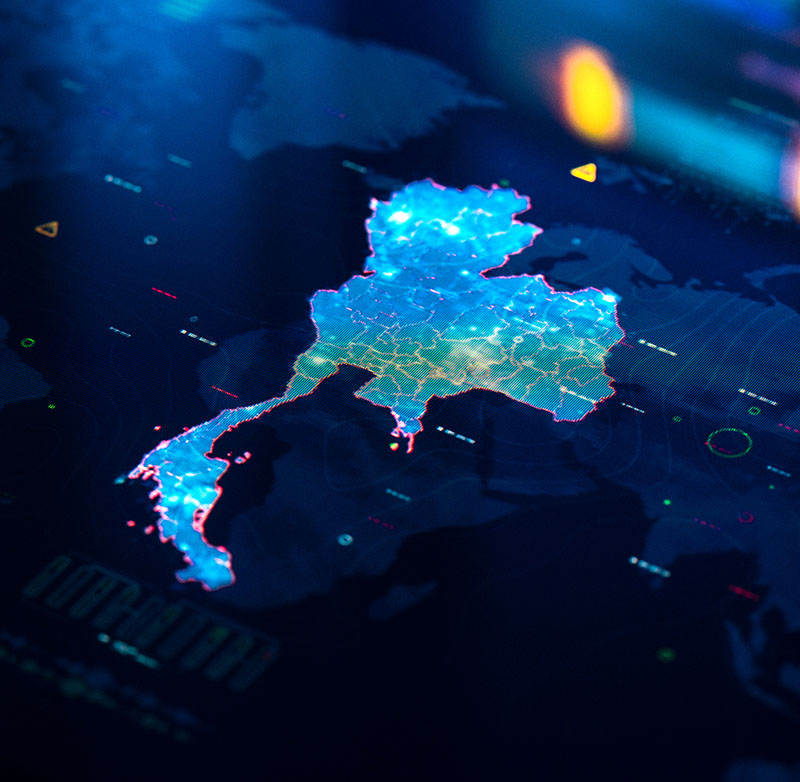 on the fly: How is Thailand’s airline sector performing?

How is Thailand’s airline sector performing?

In 2019, Thailand received 38m international tourists, according to the U.N. World Tourism Organization, with just eight other countries beating this figure. The tourist market was thriving before the pandemic, with 2019 arrivals up 8%. Only three other countries (the US, Spain, and France) generated more revenue from tourism that year.

Thailand is a crucial market for many airlines. While not generating a lot of high-priced premium business traffic, its leisure traffic demand is bountiful.

The Thai market is favourable for airlines as input costs are generally low in the region (labor costs, most notably). As Thailand’s economy is heavily shaped by tourism, government officials consider it a priority to encourage new air service. The geography is attractive too, with both India and China a narrowbody’s reach away. The ASEAN region itself is home to some 600m people. And lots of tourists come from Australia, New Zealand, the Middle East, and the Americas.

Currently, Thailand generates more tourists from Europe than anywhere else. According to AirAsia’s Thai affiliate, nearly 60% of all foreign visitors came from Europe during this year’s first quarter. That includes Russians, who were momentarily the leading source of tourists just prior to the Ukraine invasion. Typically, it is China that leads the way. In the first quarter of 2019, China alone represented 28% of Thailand’s foreign tourist market. That is now more like 3% but poised to grow assuming Chinese outbound travel demands normalize. As of late June, Thailand itself was ending the last of its major COVID-19 travel and tourism restrictions.

Thai AirAsia is Thailand’s busiest low-cost carrier by seat capacity. As Diio by Cirium data shows, this was the case in both 2019 and today. Include other AirAsia’s affiliates and the group’s presence in Thailand is greater still. Indeed, the Thai market has played an important role in AirAsia’s impressive success over the years.

Encouraged by this success, other Asian LCCs launched joint ventures in Thailand. One was VietJet. Another was Indonesia’s Lion Air. Both remain major players, as does Bangkok Airways, which also owns and operates some of the country’s niche airports.

What about Thai Airways? Once upon a time, the government-controlled carrier had a decades-long annual profit streak. Then came a relentless assault by low-cost carriers, aggravated by political interference, labor strife, excessive fleet complexity and periodic market disruptions ranging from natural disasters to civil unrest. The COVID-19 crisis tipped Thai Airways into bankruptcy, where it underwent severe cost-cutting and downsizing.

As of late June, third quarter seat capacity scheduled to and from Thailand’s airports was still nearly 50% below its levels from the third quarter of 2019. The three routes with the most lost seats, incidentally, were Hong Kong, Shanghai and Guangzhou from Bangkok’s main airport (Suvarnabhumi). Note that the third quarter is an offpeak season for southeast Asian tourism. The real test will be how the market recovers in the northern hemisphere’s next winter season.

NEXT WEEK: How is Thailand’s airline sector performing?

Sun Country
What we learned from the Ascend by Cirium: What to look out for at Farnborough 2022 webinar
Back to Thought Cloud