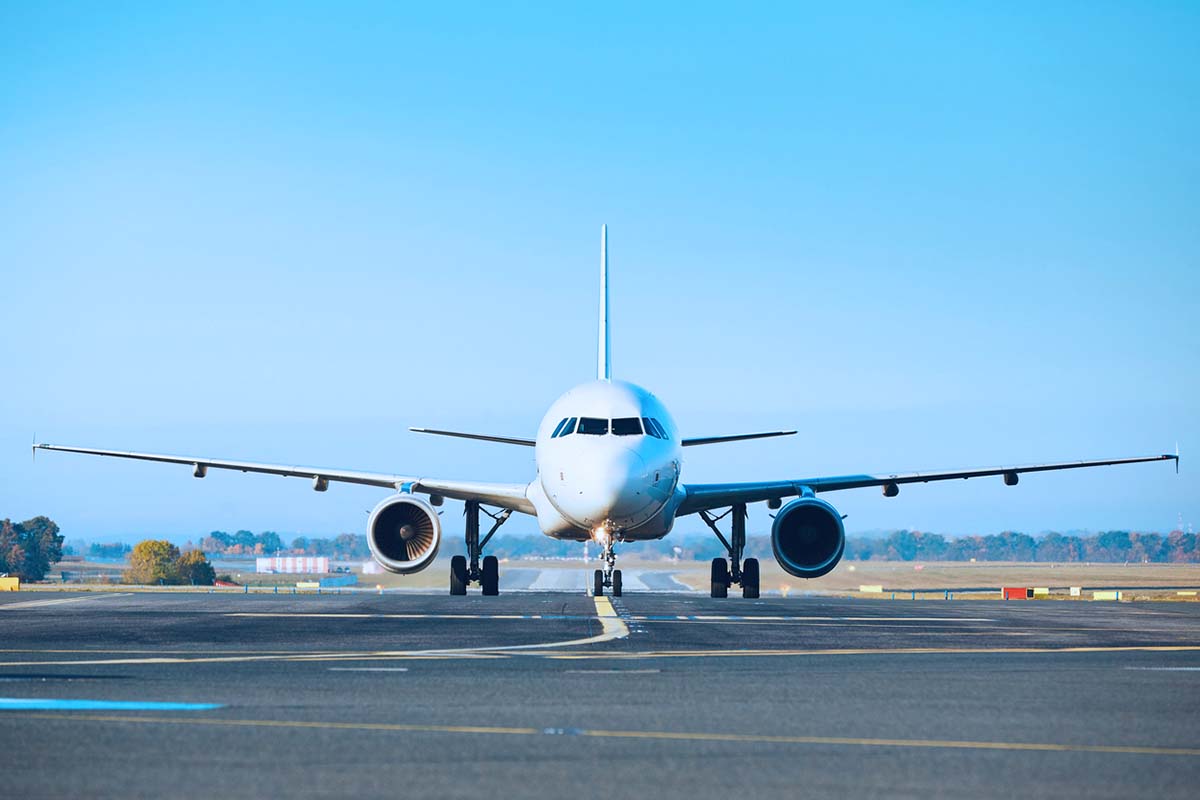 What we learned from the Ascend by Cirium: What to look out for at Farnborough 2022 webinar

As the industry heads to the Farnborough Airshow, read the key takeaways from the latest Ascend webinar focusing on the state of the aerospace sector.

Holly Ballantine, Key Account Manager, Aerospace at Cirium welcomed Nathan Kwok, Executive VP Sales & Marketing at Safran Cabin, alongside Ascend’s Global Head of Consultancy Rob Morris and Senior Consultant Richard Evans for July’s Ascend by Cirium webinar, focusing on the aerospace sector. The speakers shared their views on the upcoming Farnborough Airshow, the wider market context, and the state of the supply chain. Read on for our key takeaways from the live broadcast drawing on the latest Cirium data.

Richard Evans opened with an overview of the current market status and outlook. Walking us through the latest data and forecasts, he pointed to utilisation and schedule data showing a strong and sustained global recovery. The decline of the stored fleet is notable, falling sharply in June as European & Asian airlines increase capacity for the summer season.

However, beyond aviation forward looking indicators for the economy are less encouraging, with concern over inflation driven by energy, food, and supply chain issues. “There is no talk of a global recession,” Richard noted, “but I wouldn’t be surprised if we see the economic forecasts being revised down even further.”

In the short-term, airlines will have to deal with increasing costs across the board which will likely be passed to travelers, as well as fuel price volatility. Moving forward, slower economic growth and increasing ticket prices both have significant potential to dampen the growth of demand.

In his review of the OEM landscape, Rob Morris unpacked the lag of production rates from the two major aircraft manufacturers. Their net orders are still recovering from COVID-19 and a long way from the heights of the last expansion cycle. This is because cancellations remain high; the last two years have seen close to 1,400 orders removed from the order books. Backlogs have grown and stabilized at levels multiple times greater than current annual production, suppressing further orders and creating pressure to increase production rates.

However, Rob highlighted that both appear to be struggling to increase production – first flight data shows both are running behind their current stated rates, suggesting supply chain challenges, and indicating that committed production rates for the years ahead may not be achievable or sustainable.

“When we talk about Airbus committing to Rate 75 for A320s in 2025, the issue is the scale of that increase. We have data that shows Airbus currently around 40, claiming 45, but that’s an increase of 66% over the base. In three years’ time, we need to add two thirds to our industrial capacity, that was around 60 or 63 pre-pandemic.”

“The big challenge is the fact that we’ve lost so many people, and getting new people trained is very challenging, and thus increasing production by two thirds in the next three years is extremely challenging.” Rob concluded.

Suppliers are dealing with uncertainty throughout the Supply chain

Safran Cabin’s Nathan Kwok spoke to the challenges of operating in a disrupted supply chain, identifying the unstable nature of the demand recovery beneath the top-line forecasts. “The more we de-aggregate the data, the more unstable the data looks” Nathan explained. “This is a challenge on the supply chain side because millions of parts go onto aircraft, but it only takes one part missing to have the aircraft not deliver, and so the demand inputs going into the supply chain are not always as smooth of an increase as you might see in the forecast.”

Suppliers like Safran must deal with a greater number of variables while maintaining the correct level of capacity, otherwise facing missing deliveries or incurring significant costs. This is also true for suppliers all the way down the supply chain. Not every small supplier survived, so suppliers and manufacturers are revaluating threats to production capacity and identifying points of failure.

Nathan added that that these challenges are in addition to securing talent and raw materials as the sector returns. “Overall, it’s very exciting to see the industry coming back, and that’s the challenge. It is certainly an interesting time to be a supplier in this market.”

The key talking points at Farnborough

With the scene set, the panel discussed what Airshow attendees will be discussing and the news stories that may emerge during the week. For Airbus, the A321neoXLR certification, issues with the A350 and the potential stretching of the A220-500 programme will all be points of interest, while talk around the critical issue of MAX certification will be the focus of the chatter around Boeing. In addition, the resumption of the MAX in China, global 787 deliveries, and how the company will address the mid-market will be key talking points.

There is also plenty of activity among other OEMs; COMAC’s C919, Embraer’s entry to the turboprop market, and whether the De Havilland Canada Dash 8 can restart production. In a very different segment, news of the first flight of Boom Supersonic’s XB1 demonstrator is something to listen out for.

In the engine segment, we will be watching for news of Rolls-Royce’s Ultrafan development, and we can expect engine decisions to be announced by several A320neo family operators. Otherwise, Ascend expects many sustainability announcements, but will be looking for commitments; from airlines to hybrid-electric or hydrogen types, and to Sustainable Aviation Fuel (SAF), which the EU has targets to achieve 5% by 2030.

Nathan also pointed out that the human element and the return of crowds will be an important part of the show, which returns for the first time since 2018. “One of the highlights, in addition to all the order announcements and seeing aircraft flying, will be to meet up with each other, in some cases after years apart.”

To access the full presentation, including deeper analysis of the impact of fuel prices rises, inflation and composite shortages, watch the webinar on-demand.