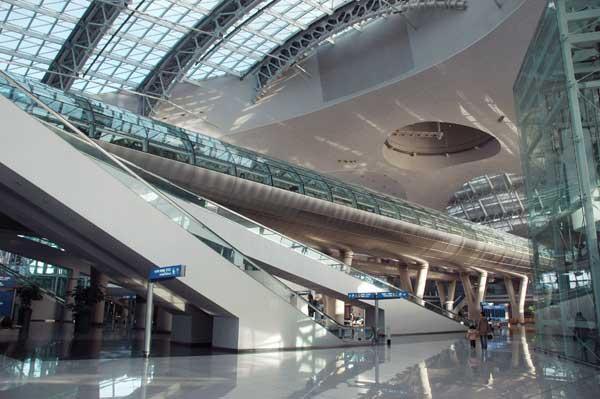 READ ALL OF THE LATEST UPDATES FROM ASCEND BY CIRIUM EXPERTS WHO DELIVER POWERFUL ANALYSIS, COMMENTARIES AND PROJECTIONS TO AIRLINES, AIRCRAFT BUILD AND MAINTENANCE COMPANIES, FINANCIAL INSTITUTIONS, INSURERS AND NON-BANKING FINANCIERS. MEET THE ASCEND BY CIRIUM TEAM

By Joanna Lu, Head of consultancy Asia at Ascend by Cirium

In the past few weeks, several countries in the Asia-Pacific region have released plans to emerge from COVID-19 induced lockdowns. Asian airlines are now able to start ramping up international flights as borders finally begin to reopen around the region. Among the notable news, All Nippon Airways is restoring A380s for its connection to Hawaii starting in July, after the double-decker jets stopped regular flights more than two years ago. Is this a sign of recovery of international demand from Asia-Pacific and the need for twin-aisle commercial jets to return to service? What is the trend of network and fleet development in Asia-Pacific as the region resumes international service?

First, we can look at the recovery of twin-aisle passenger fleets by region. Cirium’s Utilization data shows at the beginning of May 2022 twin-aisle aircraft tracked in passenger flight on a daily basis in Asia-Pacific recovered to around 45% of 2019 level, largely behind other regions. In contrast, airlines in North America stabilized their twin-aisle activity for passenger service at just under 80% of 2019 level. As domestic travel demand rebounds in the US and some international borders remain closed, US airlines are reshuffling their twin-aisle operations. Destinations that typically operated with single-aisle aircraft previously, such as Miami, Los Angeles, Portland, and Phoenix, now see twin-aisle service. There is increasing twin-aisle connectivity between hubs for each of the three US Majors and average load factors are once again close to 80%.

However, we have not yet observed a similar pattern of single-aisle replacement with twin-aisle in Asia-Pacific’s domestic destinations. In this region even the largest domestic markets like China or Japan tend to have economic activities concentrated in a limited number of large metropolitan areas. Twin-aisle jets were already used on such dense short-haul routes so the opportunity to further deploy larger aircraft between other domestic destinations is limited.

The resumption of Asia-Pacific’s international service is quite a different story. According to the Association of Asia Pacific Airlines, the region’s airlines carried just 16.7 million international passengers in 2021, down 95.6% on pre-pandemic levels. The average load factor was only around 32%. Demand could still be an issue as individuals and companies will take time to get used to the availability of international travel, although balancing that in other regions rebound has been rapid as frustrated demand is finally released after more than two years of travel bans. Although testing and quarantine requirements are greatly reduced, some prospective travellers may still not want to experience unnecessary hassles in a leisure trip and also worry about the potential risk of being stuck overseas in the worst case of a positive test immediately pre-return.

Some fundamental changes have occurred in the region as more aircraft return to service. There would be no single solution for all international markets in this region as the demand will become more diversified. One potential movement looks toward smaller, efficient aircraft on long-haul routes to holiday destinations with higher air fares, as demand is not yet sufficient to support larger aircraft. There are also opportunities to see twin-aisle used on lucrative medium-haul (1,500 km and 4,000 km) routes to major cities.

Japan’s ANA Holdings has announced its new medium-haul carrier AirJapan will begin flying in late 2023 or early 2024 offering service to Asia-Pacific destinations from its base at Tokyo Narita with Boeing 787-8s in a two-class cabin configuration.

Cargo yields are likely to remain high for some time, making twin-aisle aircraft still an attractive option on many routes even when there is not sufficient passenger demand to fill the main deck.

This region is massively different with a combination of almost 40 countries with diverse cultures. The recovery of tourism will not be quick as North Asian countries are still largely restricting entry and Southeast Asian countries are reopening only cautiously. According to Cirium’s Utilization data, Japan has overtaken China and currently operates the largest in-service twin-aisle fleet in the region. The latter currently operates only just above 100 twin-aisle jet, around one quarter of the nation’s total twin-aisle fleet, due to strict border controls and also presently domestic lockdowns (but that’s another story). LCCs and regional airlines previously deployed single aircraft family on intra-regional and domestic routes, but now they need the flexibility to match capacity to demand on every service as traffic on many Asia-Pacific routes has yet to fully recover.