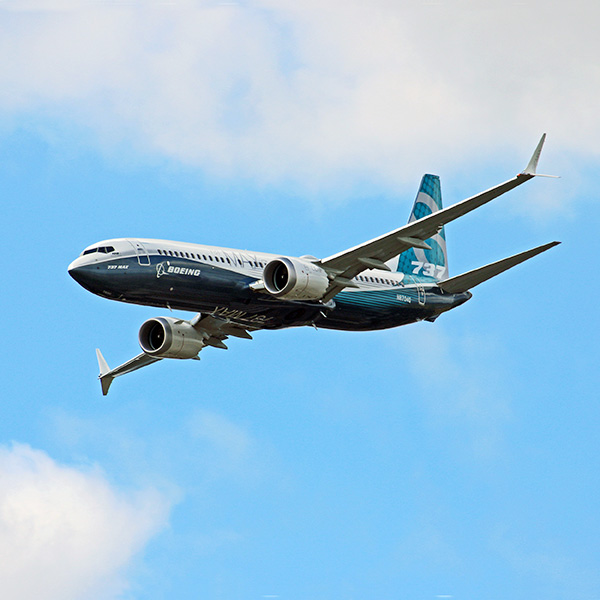 737 Max aircraft ordered by the Chinese airlines have still not been cleared to fly within China for passenger operations.

by Herman Tse, Valuations Manager at Ascend by Cirium

Last week, Boeing officials stated that they are going to look for buyers for some of the Boeing 737 Max aircraft that were built for Chinese airlines. The Max aircraft has been grounded by the Civil Aviation Administration of China (CAAC) for more than three years after two fatal accidents. The 737 Max aircraft ordered by the Chinese airlines have still not been cleared to fly within China for passenger operations. Unsurprisingly, the Chinese airlines decided to defer deliveries to avoid unnecessary maintenance and storage costs. Currently, there are 117 aircraft due to be delivered in 2023 out of total 287 Chinese 737 Max orders with different variants. As an OEM, Boeing hopes to reduce to inventory and improve the cashflow in its financial statements. The airframer cannot wait indefinitely and has decided to go to look for buyers actively. Nevertheless, it did not disclose how many might be resold to new buyers.

Obviously, Boeing would not take this decision lightly. The political tensions and trade war between China and the United States have always been a risk to Boeing’s business. This move could possibly further damage the relationship between China and the manufacturer. As China is one of the largest markets for Boeing, Boeing would carefully review its strategy in China. The OEM was the market leader in Chinese market in the early 2000s and accounted for more than a 50% market share. The combined impact from the trade war and the 737 Max crashes in 2018 and 2019 have led to a drop in Boeing aircraft deliveries in China. The Airbus A320neo family entered the market at the right time in the late 2010s and captured market share from  Boeing’s dominant market position. As at September 2022, the current Airbus fleet accounts for 54% in China compared to Boeing’s 41%.

The market share of passenger jet fleet in China

Boeing is facing huge challenges from its competitors. Cirium Fleets Analyzer indicates that Chinese airlines are shifting the orders from Boeing to Airbus. The current aircraft backlog for Chinese operators of Airbus is 50% higher than Boeing’s. With the uncertainty of the ungrounding of the 737 Max, the A320neo family aircraft has become the Chinese airlines’ favorites since the Max grounding. Additionally, COMAC’s C919 is expected to into service soon, further endangering Boeing’s already reduced market share. China’s first homegrown narrow-body passenger jet is now in certification stage. Although the CAAC did not certify the aircraft on the symbolic date of 19 September 2022, the approval is just a matter of time. The local airlines will certainly support the China-built aircraft and grow the aircraft market share in the homeland gradually.

Boeing’s Chief Executive claimed that the return of Max in China is critical to the business. The priority is to get the 737 Max flying again in China. Cooperation with CAAC would be key to satisfy the authority’s requirements. The regulator had a meeting with Boeing about the return of the Max last week. A statement from CAAC stated that:

[It is expected that] after the questions raised at the meeting are resolved, CAAC will release the revised version of the ‘Boeing 737 Aircraft Evaluation Report’

The 737 Max will be reintroduced to the market once the procedures are completed. However, there is no timeline for this process. With Boeing’s response of remarketing some of the Chinese airlines’ Max aircraft after the meeting, the aircraft is unlikely to resume operations in China anytime soon. Airbus and COMAC will be the winners after all.

Accurately monitor aviation fuel demand volatility with Cirium
on the fly: Analyzing the geography of Ryanair’s success
Back to Thought Cloud