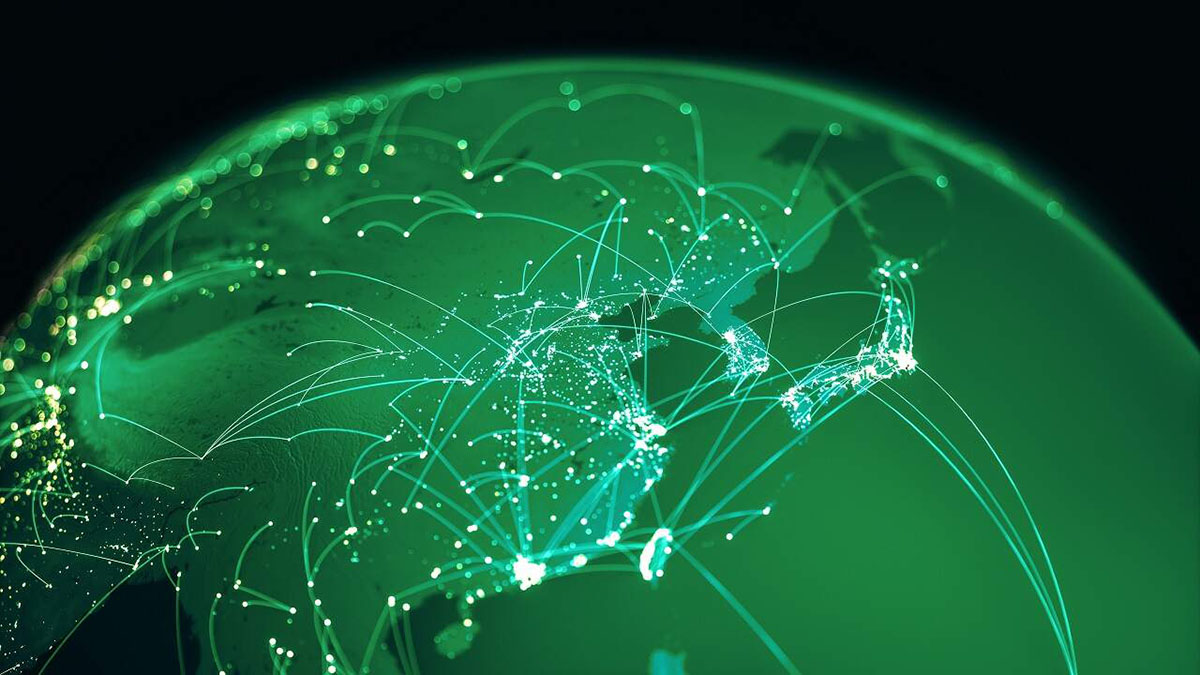 What we learned from Ascend by Cirium’s April 2022 webinar, The Sustainability Challenge

Joanna Lu, Head of Consultancy Asia at Ascend by Cirium was joined by her colleagues, Senior Consultant Richard Evans and Aviation Analyst Herman Tse, to explore how the aviation industry can achieve sustainability and progress towards net-zero carbon emissions targets. Read on for five key insights from the live broadcast drawing on the latest Cirium data.

The challenge is substantial, but progress has been sustained

Richard began the presentation by guiding us through the environmental context and the industry’s progress to date. Commercial aviation’s contribution to global emissions is proportionally small, estimated at 2-3%, but this is much higher in developed countries. Flying can also constitute a large percentage of an individual passenger’s discretional carbon footprint, even if they only fly once a year, and passenger flights are one of the most visible sources of emissions.

Aviation is fundamentally difficult and expensive to decarbonize, despite sustained progress over the last 30 years. Improvements in engine efficiency, larger aircraft, denser seating, and improved passenger load factors (pre-Covid) have all contributed to a consistent decline of emissions per unit of air traffic – more than one percent per year for over two decades.

However, the industry’s emissions have grown in absolute terms with demand, and while the COVID-19 pandemic cut emissions by 50%, they are growing again as the industry rebounds.

It is increasingly clear that commercial aviation cannot afford to ignore sustainability. Passengers, regulators, investors, and the industry itself have all concluded that the sector must decarbonize, and the International Air Transport Association (IATA) has committed the global air transport industry to achieve net-zero carbon emissions by 2050. The challenge is to reduce emissions while catering for growing demand and within the constraints of affordable technology.

There has also been a substantial reduction in unit emissions

Achieving net zero is heavily dependent on SAF and Offsetting

Two major industry bodies, IATA and the Air Transport Action Group (ATAG) have produced roadmaps to achieving net zero, providing an insight into what the transition will look like and where reductions will come from. Both employ differing assumptions and methodology, but two sources of improvement dominate both roadmaps: sustainable aviation fuel (SAF) and offsets make up more than 80% of reductions in each scenario.

Both roadmaps represent an important shift away from targets toward implementation, but mask underlying complexity and the consequential impacts of such a shift.

Both roadmaps are hugely dependent on assumptions, including how quickly the industry grows; for example, if SAF costs many orders of magnitude more than jet fuel, increased costs are likely to feedback into slower demand growth.

Airlines themselves are making aggressive commitments towards sustainability in several areas. An increasing number of airlines are offering carbon offsets for passengers and cargo, and many are procuring SAF and making public commitments to use it in larger quantities.

Most immediately, airlines are retiring older, less efficient aircraft, in favour of new-generation types, a move facilitated by the pandemic slow-down and one that grants tangible efficiency savings. However, fleet inertia dictates that ‘next generation’ single-aisle aircraft (eg the 737 Max or A320neo) are still expected to make up more than 70% of the fleet by 2040, suggesting that any further advancements in this area will either need to come from the fuel itself or retrofits.

No solution is easy or cheap to implement

Herman Tse, Aviation Analyst at Ascend by Cirium, examined the challenges to implementing the solutions laid out in the roadmaps and by airlines, starting with SAF adoption.

“SAF adoption will be key to achieving net zero, and many airlines have announced cooperation agreements with suppliers” he explained.

There have been many successful test flights, however the supply chain, infrastructure, and the expense of SAF remain major obstacles.

As noted in March’s Ascend webinar, the ability for production to scale up remains uncertain, but investment is expected to increase significantly in the coming years and decades.

Offsets are expected to make up a significant proportion of reductions in every scenario, enabled by the CORSIA carbon trading regime introduced in 2021, and airlines introducing offset schemes themselves. However, as Herman pointed out, airlines do not currently receive a direct return on investing in carbon offsets, and voluntary offsetting by passengers is currently very low. While expensive, full offsetting by airlines is likely the most effective approach for the foreseeable future.

While airlines are placing orders for hydrogen and electric aircraft, they are unlikely to replace commercial aircraft in the short or medium term. For electric aircraft, a host of questions around range, payload capabilities and the safety of batteries in flight remain unresolved, and doubts remain about implementing hydrogen infrastructure at any significant scale.

When measuring progress, context is key

Effective measurement of emission reductions plays a vital role in understanding the challenge and assessing success, particularly for investors, who are increasingly recognising that emissions have a cost and impact their returns. There is no firm industry-wide definition of ‘green’ or ‘greener’, and individual metrics with a narrow scope make comparisons difficult for investors, passengers, and airlines.

CO2 per Revenue Traffic Kilometre metric allows for comparison between passenger-only airlines, all-cargo airlines & combi airlines, and the model also produces a weighted environmental score accounting for different characteristics and contexts. On the presentation, Herman reviewed some examples to demonstrate how the scorecard provides clarity and enables effective comparison between airlines.

An objective, unbiased assessment of the environmental credentials of airlines bases on 11 criteria under 3 metrics

Companies doing the most will be rewarded

Decarbonising aviation by 2050 will be difficult and extremely expensive. It may prove impossible with current technology and ultimately incompatible with continued growth. Key questions remain unanswered, above all where the cost burden will fall.

However, incentives to decarbonising are in place. There is a growing cost and risk to emitting carbon, imposed by regulators and recognized investors. Crucially, as awareness grows and investors commit to ESG targets themselves, companies in aviation will increasingly find finance easier to find if they cut emissions and lose out if they don’t.

The industry has collectively committed to a clear target, incentives and roadmaps are in place, and technologies and mitigation methods have been identified. Understanding aviation’s sustainability challenge is an important step towards tangible progress in achieving net zero.

To access the full presentation, including a deeper dive into the emissions scorecard and the Q&A discussion, watch the webinar on-demand here.

on the fly: How are Gulf carriers really performing?
Ascend by Cirium Weekly Team Perspective: Shrinking the world – time and fuel
Back to Thought Cloud