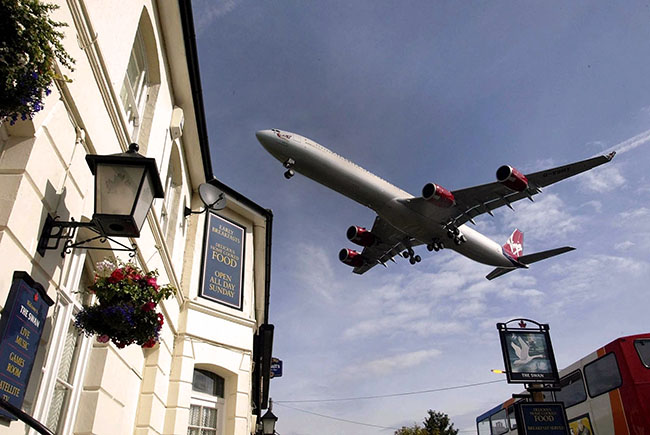 By Richard Evans, Senior consultant at Ascend by Cirium

The Qantas order for 12 A350-1000ULRs, to launch its Project Sunrise flights to London and New York in 2025 has thrown the ultra-long-haul market back into the news headlines and is a major sign of confidence post-Covid.

At the Farnborough Airshow 20 years ago, Airbus displayed its A340-600 test aircraft with the slogan ‘Longer Larger Farther Faster Higher Quieter Smoother’ down the fuselage. Since the dawn of the jet age, the quest has always been to carry more payload, and to fly farther and faster. Larger and faster have stalled, with the A380 and Concorde representing their peak achievements, but longer range has remained a quest since 2002.

The 2000s saw the entry into service of dedicated long-range variants of the A340 and 777. Neither of these were successful, as they were very heavy aircraft, with relatively poor fuel economy. Sales for commercial use totalled just 60 777-200LRs and 29 A340-500s. The more recent approach has been to use standard versions of the 787-9 or A350-900, albeit with reduced seat counts and/or increased take-off weights and fuel capacities. The evolution of the longest flights is revealed in the following snapshots.

A look at the longest flights in 2015 (from Cirium schedule data), after the cessation of Singapore A340-500 flights, reveals the following:

Immediately before the COVID-19 pandemic, in December 2019, the longest flight title was thus once again owned by Singapore Airlines:

The Qantas operation, using a 787-9 with 236 seats (42 business, 28 premium economy, 166 economy) proved very popular. It has allowed the airline to gain much experience in route planning, use of tailwinds, and fuel management, allowing reliable round-the-year operation. During Covid, flights routed to Darwin, due to Western Australia’s border closure, but London-Perth flights will recommence on 23 May 2022.

Qantas flew one test flight from Heathrow to Sydney with the 787 on 14 November 2019, carrying just 40 people. The flight covered the great circle distance of 17,020km in a flight time of 19 hours and 19 minutes.

One thing missing from the 2002 A340 was a word indicating lower fuel consumption. The aviation industry has always sought to reduce fuel burn and weight, in order to reduce operating costs, but ultra-long-haul flights do burn a lot, and hence have high CO2 emissions. This is particularly high on a per-seat basis, if low-density seating is used, and there is little-or-no cargo to share the cost burden.

Cirium’s Global Aircraft Emissions Monitor calculates an average of around 95 tonnes of fuel used on each flight from London to Perth. Considering the longer flight time and larger aircraft, an A350-1000ULR estimated fuel consumption of around 125 tonnes is likely for London to Sydney.

If an A350 stopped halfway to Australia, the two legs would use around 10% less fuel than the non-stop service. This is due to carrying the actual weight of the fuel required for the second half of the flight. Qantas says its new A350-1000ULRs will have 238 seats, just two more than on the smaller 787-9. The saving per seat using a stopover would be much more if a standard seating layout with around 330 seats was installed.

The start of non-stop flights to Sydney in 2025 will mark the final chapter in the quest for range and eliminating a stop will certainly increase speed too. However, this comes at a cost in terms of fuel and emissions, with CO2 per passenger being up to 50% higher compared to making a one-stop flight. Qantas has said flights will be carbon-neutral from day one, highlighting the need to demonstrate that ultra-long-haul flights can be justified in today’s more environmentally aware times.

What we learned from Ascend by Cirium’s April 2022 webinar, The Sustainability Challenge
Growth Frontiers Dublin May 2022 – First Impressions and Five Key Takeaways
Back to Thought Cloud