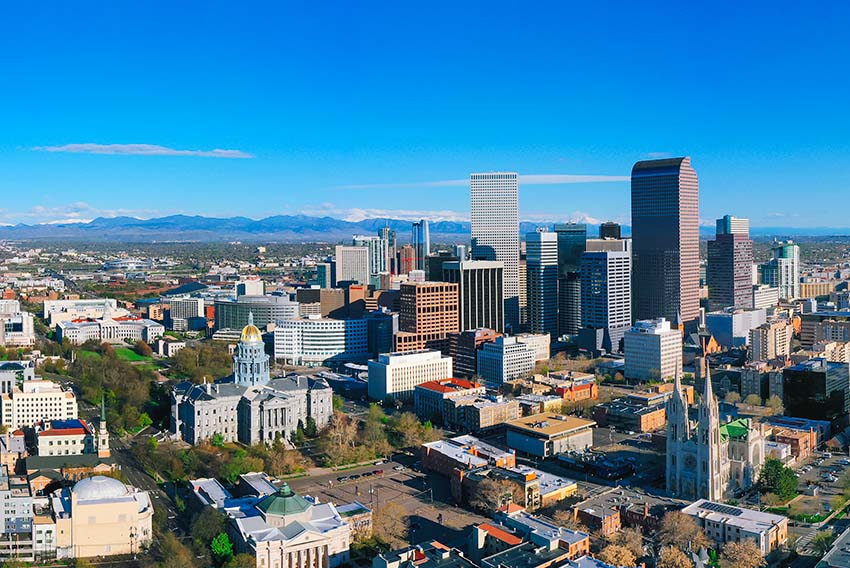 Summer Heat: What’s in store for the North American market

The North American tourist is raring to go this summer, the airlines can’t wait.

Summer is the high season of US travel, with domestic and foreign tourism at its peak. This year will be different than previous years. In 2021, Ascend by Cirium developed a recovery forecast to track potential recovery scenarios. At the time of writing, the summer plans revealed by the airlines are well ahead of that forecast. And, despite some recent schedule trimming, the schedules indicate summer 2022 will heat up.

Single-aisle aircraft are the bread and butter of the massive US market. Point-to-point regional flying between cities like Grand Junction, Colorado and Denver or from New York to Florida airports have shown the most resilience during the pandemic. Tracking just how many of these narrow bodies were up in the air makes for an excellent barometer of the state of the market.

On a recent day in spring 2022, 3,396 single-aisle aircraft were tracked in operation. Compare that to January 2020, prior to the pandemic: 3,434 aircraft were tracked. That’s a decline of only 1%, and perhaps the best sign of recovery in the US domestic market yet. Furthermore, the daily flight hours of those aircraft are down only 4% compared to 2019 levels, at around 8.8 hours a day. Daily use and good utilization to boot, bode well.

Passengers are coming back

US passenger numbers are up some 4% from February 2022, and only about 10% to 15% below 2019 passenger levels, according to data analyzed by Ascend by Cirium. This is evidenced by longer lines at security checkpoints and international customs. Compare this to a year ago; passengers counts were still down 40% compared to 2019.

Summer: An increase in capacity compared to 2019

Our best source to forecast future flying is the airlines themselves, and specifically, their summer schedules. Let’s focus on July, the heart of summer, when leisure travel is highest. For the 11 major US carriers, domestic flying in the US will be down some 9% on flights compared to 2019, but available seat miles will be down only about 1.9%.

Available seat miles are useful to look at since airlines are frequently changing planned aircraft. ASMs measure the number of available seats that can be sold.

United, American and Delta will be down around 15% on flights compared to 2019, although only down around 6% on ASMs, indicating a change in the fleets flown and route map. Southwest will be at or near 2019 levels on flight and ASMs. Importantly, the three largest carriers have shown different approaches to matching forecast demand, their schedule and actual operations. Compare too the projected schedules of the largest carriers to the low-cost carriers. Sun Country, Spirit and Frontier are all expected to show increases in seats and Allegiant‘s schedule shows 27% increase on flights and a whopping 36% on ASMs. Watch this space to see whether their flights tracked this summer matches what they scheduled for the summer, as of this spring.

Spring pruning by some carriers

Some airlines appear to be taking a wait-and-see approach, with. For example, at the time of writing in April 2022, JetBlue is forecast to be up 4% on flights and 9% on ASMs for its July 2022 flying. But, the airline trimmed its May and June flying in April, indicating to staff there: “You can expect to see a similar size capacity pull for the remainder of the summer,” according to reporting from CNBC. Airlines like JetBlue and Alaska have shown their cards and so it would not be a surprise to see more pruning on individual routes as we get closer to peak summer.

Prior to the pandemic, there were around 560 flights per day from the US to Europe. That number has dropped to just over 500 flights per day. Indeed, in the last weeks, we’ve seen an increase of 9% in flights flown.

The chart below tells the tale. First, on the left side of the chart, note the exit from the market of Norwegian (which shuttered its Transatlantic flying), Air New Zealand (to London from Los Angeles) and Aeroflot (due to the Ukraine crisis). On the far right of the chart, however, JetBlue has entered the market. JetBlue will fly about 33% of Norwegian’s ASMs.

Major carriers such as American, Delta, Lufthansa and British Airways are forecast to be down between 9% and 20%, whereas carriers like KLM, TAP Air Portugal and United have scheduled for increased capacity compared to 2019.

From New York to London

The airlines have scheduled just shy of 1,000 flights for the month of July, which is down only 3% on flights scheduled compared to July 2019, 9.5% on ASMs. British Airways is down only a touch from 2019 levels (3% down on ASMs), and the largest share of ASMs in the market. American is back to its 2019 schedule, whereas United has added some 62 flights for the month compared to 2019, on the back of its Boeing 767 aircraft, with some 46 Polaris business class seats. (Perhaps it’s time to deploy some unused points and miles.)