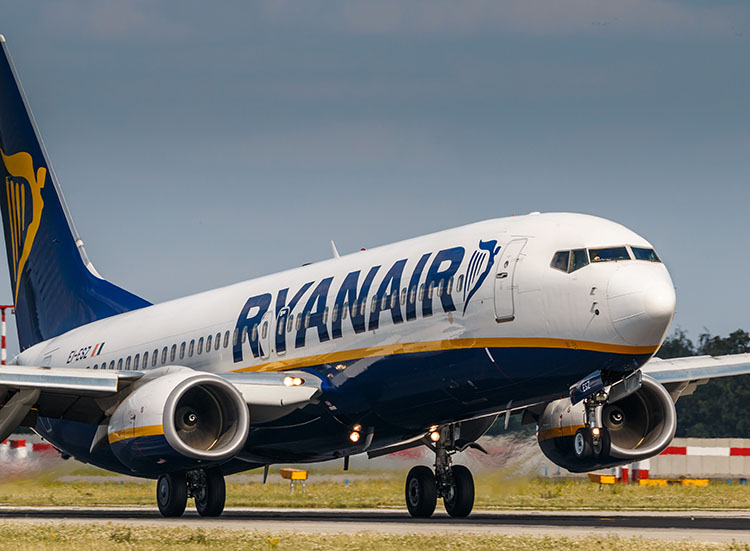 A look at how Ryanair managed to overcome the operational impacts of the pandemic.

The road to recovery for the aviation sector has perhaps been more challenging than originally anticipated over recent months, and the media is filled with stories of unhappy holiday-makers, disruption, delays, and flight cancellations.

London Heathrow Airport recently announced an extension to their 100,000-per-day passenger limit through to the end of October. The restriction is a bid to regain control, limit the chaos witnessed earlier this year and deliver reliable service to their customers. While the announcement will not be welcomed by operators and travelers, there is a success story amid the doom and gloom.

Ryanair has announced an additional 100,000 low-fare seats to popular destinations (500 extra flights), to and from their main base at Stansted. A hugely bold statement in a sector that is struggling to cope with post-pandemic travel demand, yet by stark contrast, British Airways has recently announced a cut of 10,000 flights from LHR.

So, what is Ryanair doing differently to allow this level of flexibility?

During the early stages of the pandemic, Cirium Tracked Utilization data revealed a unique pattern that Ryanair employed towards fleet management. By moving aircraft regularly at 35 different locations, the airline appears to have poised their business in a position of readiness for the uptick in travel demand. The average duration of a Ryanair aircraft on the ground was 12 days, at any given location, and suggests a deliberate strategy by the airline to avoid stockpiling aircraft at maintenance locations.

In contrast, two of Ryanair’s UK based rivals during the same time frame show a different approach. One retreated to LHR with most of their fleet (70%), opting to place aircraft in ‘storage’ status, evidenced by the average duration on ground of 43 days and Cirium Fleet Data.

Another UK airline displayed similar tactics by moving aircraft to 3 UK based airports. With an average duration of 24 days of aircraft on ground per aircraft. Initially, they appeared to perform better than others in the early days of the pandemic, however following the resurge in travel demand very little agility has been displayed when mobilizing fleet and workforce.

To provide a more holistic point of view, graph (above) 1 derived from Cirium Tracked Utilization provides insight into the average ground event duration (days) for segments of the world fleet. From early 2020 through to June 2022, Ryanair have kept their average days on ground well below the world and UK/IRE average, most notably so during the pandemic.

Graphs 2 and 3 below show a trend of aircraft ground events for Ryanair comparatively against the UK and Ireland narrowbody market. Ryanair averaging 5.3 events per aircraft, versus a market average of 2 events per aircraft during April – June 2020.

This unique response to the trying conditions imposed by the pandemic demonstrate that Ryanair intentionally kept their aircraft at the ready. With an average of 5 ground events of 12 days across 35 airports versus their nearest competitors, with 2 at 24 days across a limited number of locations, Ryanair stayed on their toes in a posture of pro-activity.

While the rest of the UK and Ireland jostled to allocate their grounded fleet from home-based airports or storage locations as travel resumed once again, Ryanair appear to have had the right aircraft, in the right place, at the right time to respond to the needs of their customers.

With such a unique approach to operations during turbulent times, it is no surprise that Ryanair was announced as 5th best for passenger traffic in Cirium’s World Airline Passenger Rankings Report for 2021 and the highest placed non-US carrier. Buoyed by competitors who suffered from operational woes and an ambition to steal market share, Ryanair managed to stimulate demand while keeping costs competitive – shrewdly sacrificing yield for growth opportunity.

With more challenges on the horizon such as rising energy prices, inflation and a looming recession adding cause for concern in the aviation sector, Ryanair CEO, Michael O’Leary, was recently quoted, affirming the company is ready to meet the challenges.

I’ve never tempered a growth plan in my life – it’s full steam ahead.

This display of confidence is not unjustified. According to Cirium data, Ryanair carried 16.8 million passengers in July, operating approximately 92,300 flights. easyJet on the other hand have reduced their capacity forecasts significantly against 2019 figures, citing flight caps at Gatwick and other locations – while British Airways continue to make cancellations to their winter schedule to avoid last minute disruption for travelers.

The continued operational disruption experienced in the market can only help to pave the way for Ryanair to maximise revenue and drive market share, particularly with half term right around the corner.

Ascend by Cirium Weekly Team Perspective: Hong Kong’s headed in the right direction
What we learned from Ascend by Cirium’s “What lies ahead?” webinar
Back to Thought Cloud