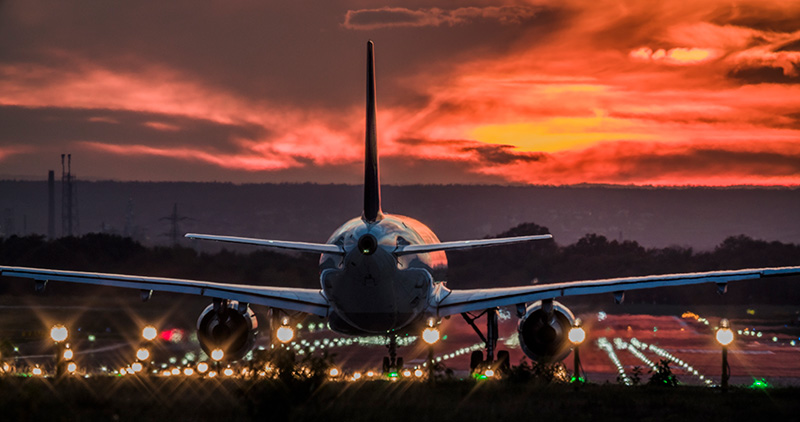 What we learned from Ascend by Cirium’s “What lies ahead?” webinar

Our expert panel explored the outlook for the aviation finance sector in Ascend by Cirium’s latest webinar.

Global Head of Consultancy Rob Morris welcomed Lynn Guiney, Principal at SolÉir Aviation Capital, alongside Ascend by Cirium’s Global Head of Valuations George Dimitroff and Valuations Manager Michael Graham for Ascend’s September webinar. The speakers shared their insights into the post-covid recovery, the evolving leasing landscape, and the impact of inflation. Read on for our key takeaways from the live broadcast drawing on the latest Cirium data.

The recovery remains on track, but may have peaked in mature markets

Michael Graham opened with a review of the latest data and forecasts, starting with traffic capacity. Based on Cirium schedules data, the recovery trend continues to be positive, despite a summer pause caused primarily by airport capacity bottlenecks in Europe. Ascend projects the upward trend to continue as airlines maintain absolute capacity.

However, the recovery remains asynchronous, with regions pursuing severe travel restrictions policies to control Covid-19 significantly behind, and Russia’s international traffic fundamentally impaired. There are signs that recovery in mature markets has peaked for now, and further progress is dependent on China reopening alongside other improvements in Asia.

Lynn Guiney pointed to the importance of the region to the continued global recovery. “The APAC region is an engine of growth; China is a sleeping giant right now, and I think that will change.” She identified the interregional flows that China’s reopening would restart as the key to a resurgence of demand.

George Dimitroff agreed, pointing to shortening length of quarantine requirements as a positive sign. ‘‘The potential for uplift from that region is significant; if it follows what we’ve seen on the North Atlantic since it reopened late last year, it could offset some of the challenges we’re seeing in Europe.’

Values and lease rates are recovering, but twin-aisles still lag

2022 has seen a steady recovery of values for most key types, but twin-aisle values remain slightly behind. To understand where we are in the values cycle, Michael examined the evolution of Market Value to Base Value relationships for the two categories, pointing to a clear divide.

“The single-aisle market was very hot 2018 to 2019.” Michael explained, “but there were already some signs that the heat was coming out of the market.” Market value to base value ratios dropped well below one, indicating a market in distress during covid, but in 2022 ratios for single-aisles have shown a steady recovery and are now close to even.

However, the ratio for twin-aisles remains low, even after mid-year Ascend Base Value impairments in 2020 and 2021. “Even at the peak of the last cycle, the ratios never actually got to one” explained Michael. “That’s partly due to Base Values potentially being a little too high, but also a mark of oversupply.” Given the conditions at the start of the pandemic, and twin-aisles more impacted by the lingering effects of pandemic disruption, the disparity is likely to continue for some time. Despite this sluggishness, Michael highlighted key twin-aisle types are showing slow, but steady, signs of recovery across market values and lease rates.

The leasing sector continues to grow, with implications for the whole market

The leasing sector has remained incredibly resilient throughout the pandemic. Fleets Analyzer data shows last summer was the second highest on record for volume of new leases for used aircraft, and operating lessors surpassed 50% market share of the global fleet for the first time in August 2020, signifying their ability to finance aircraft at competitive costs.

Considering this growth, Lynn pointed to airlines’ need to effectively manage their balance sheet. “They like the flexibility of the model, they like that they get access to aircraft they wouldn’t get otherwise; it’s efficient balance sheet management.” She pointed to a mindset shift from network carriers towards the benefits of leasing, and that there is little to indicate this growth cannot continue.

George highlighted the existence of a cap in lessor’s market share, given there will always be a portion of the fleet that airlines will want to own themselves, but also pointed to long-term implications of the shift in fleet ownership. “The way that a lessor makes money from an aircraft is different [to that of an airline], the decision-making is different” he explained, pointing to increasing incentives to retire aircraft at ages lower than their historical averages, rather than continuing to lease them for lower rates with higher transition costs and high credit risk. “As the portion of the financial ownership of the fleet grows, it may affect some of the fleet dynamics as well as market behaviour and values.”

Inflation is the top macroeconomic challenge

Economic concerns are dominating news bulletins, and underlying indicators also point to an increasing risk of recession. In his presentation, Michael identified key indicators are trending negatively; Purchasing Manager’s Indices (PMIs) signifying buyer confidence are at a 22-month low, and the US Consumer Price Inflation (CPI) index is well above the Federal Reserve’s two percent target.

George reasoned that lease rates are rising due to strengthening demand rather than interest rates directly. “We used to see interest rates and lease rates have a very close relationship up to 2001, ever since then it’s been disconnected.” George explained, pointing to an indirect correlation between the two via the global economy, with supply and demand the primary driver. “Thankfully for lessors, both are moving in the same direction so they can pass on those costs in the form of higher lease rates.”

Aside from the cost of capital, inflation directly threatens the passenger demand that has driven the industry’s post-pandemic rebound to date. However, much of the impact hinges on how central banks react; many are aggressively increasing interest rates to bring inflation under control, at a time when airlines have taken on significant debt to get through the pandemic. Taken together, these two factors present a challenging and uncertain outlook for airlines and may yet arrest commercial aviation’s post-pandemic recovery.

To access the full presentation, including a lively discussion between the panelists and deeper analysis of individual types, watch the webinar on-demand.

Ryanair’s Stroke Of Strategic Brilliance
on the fly: How does Copa Airlines keep flying high?
Back to Thought Cloud