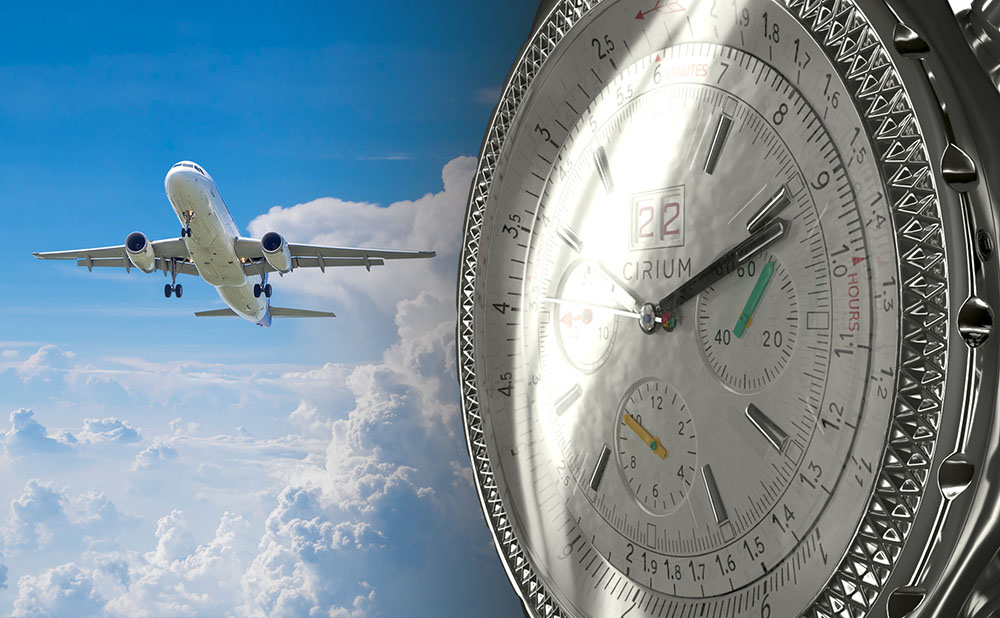 Enhance your airline’s credibility in the marketplace

For more than 13 years, Cirium has produced the On-Time Performance (OTP) Report – the longest-standing analysis in the aviation industry.

At Cirium, we aim to provide airports, airlines, and the traveling public with a neutral, third-party perspective on on-time performance data. Our OTP data is curated from over 600 global sources, including published schedules, government agencies, civil aviation authorities, airlines, airports, and major airline reservation systems. Our categories for this report are grouped into 3 areas: Global, Major (by region) and Low-Cost Carriers. There is an 80% coverage requirement for each area for an airline to qualify.

Importantly, our OTP data is backed by a completely independent board of advisors*, comprised of industry experts with an unbiased view of the industry. Refer to our industry-leading OTP updates here.

The value of On-Time Performance monitoring

Cost savings and optimization of operations

Operationally, better OTP directly impacts the airline’s bottom line especially since an aircraft delay early in the day creates a knock-on effect on the rest of the flights utilizing that aircraft. Costs can be substantial: According to the Boston Consulting Group**: “Shaving 1 minute off the time each aircraft is on the ground between flights can save $5M-10M a year in freed aircraft time and hidden costs across the operation.”

From an airport’s perspective, poor OTP performance means that airside slots are inefficiently used during valuable peak periods, creating airside and air traffic management congestion. According to ICF Consulting***: “At London’s Heathrow Airport alone, airlines keep a buffer capacity of around nine aircraft in their schedules just to mitigate the effects of congestion and the resulting OTP issues.”

Imagine the cost savings and revenue improvement for airlines and airports when improving OTP performance.

From an operational perspective, most airlines and airports are cognizant of the need to monitor their OTP and this data can presently be extracted from the many sub-systems they utilize. However, what exactly are the benefits of benchmarking against competitors?

Maintaining and improving OTP is an incredibly complex operation, requiring coordination amongst multiple stakeholders and a consideration of many variables such as the company’s culture, fleet make-up and competitive landscape.

Good OTP management is not about achieving 100% punctuality but rather a continuous effort to deliver against a target. How would an airline or airport know if the target is “just right” without benchmarking against competitors?

Another way airline stakeholders tend to improve OTP is by extending their scheduled block time to cater to congestion. This becomes normalized in the airline’s operations over time. When OTP is not benchmarked against competitors, there are strong incentives not to seek continuous improvement of perceived arbitrary OTP targets. Benchmarking your data against competitors can help airline and airport management determine whether factors driving inefficiencies are caused by uncontrollable elements, internal procedures and/or third parties and help drive buy-in through a data-driven approach. In fact, 80% of US airlines and 50% of global airlines already buy this data in the form of custom OTP workbooks to understand how the industry is operating to schedule.

Both Japan Airlines (JAL) and All Nippon Airways (ANA) are firm believers in benchmarking their OTP against their competitors in the drive for continuous improvement and the results show. Japanese commercial aviation continues to set the standard for consistently high on-time performance, with ANA and JAL at the top of the list of both the mainline and network categories of the Global Award. ANA took the top spot by a small margin over its principal rival JAL, with 95.04% of its flights on time compared to JAL’s at 94.13% in the mainline category. Both airlines and their network carriers choose to share data with Cirium.

Customer satisfaction is about more than airfare discounts and flight availability. When considering an airline, travelers also need timeliness and assurance.

When an airline makes a statement about On-Time Performance, they are often met with skepticism because the public often doubts whether an airline would report accurate information about itself. Promoting performance numbers reported by a 3rd party helps remove that skepticism and increase credibility.

Allowing Cirium to report your stellar On-Time Performance ranking allows you to leverage that information as content for your promotional channels, including social media, corporate blogs and advertisements.  This in turn creates brand loyalty from your customers in the long run.

How frequent, timely provision of flight schedules, status and fleets data can benefit you

Transparency in the marketplace: Sharing your flight status directly with us instead of reliance on other sources conveys your truth to the marketplace in a timely, accurate fashion as we receive real-time updates on your aircraft movement data.

Schedules and Fleets datasets also form key components of this report. Available Seat Kilometer (ASK)- the number of seats available multiplied by the number of kilometers flown- are a key part of our evaluation of category criteria. This is derived from schedules and/or fleet data we receive.

Accuracy in reporting: Providing frequent schedule updates to us is also important to enable accurate OTP reporting. Although flight status is real-time data, it needs to reference existing schedules to reflect the correct information. For example, flight status information on a flight that has been canceled would require the flight to be present in the schedules in the first place. Cirium encourages a daily transmission of schedule files to us for the best representation of your airline’s data.

Some airlines have expressed concern that data-sharing would cause them to lose their “edge” by giving competitors’ access to their data.

There are some reasons to consider the alternative view:

Fundamentally, an airline aims to ferry passengers from point A to B on time. With more airlines taking to the skies, the race to be on time has already begun. How will you win if you don’t participate?

Need better representation in our OTP rankings? Help us improve your data. Contact us.

on the fly: Global Capacity Trends
Ascend by Cirium Weekly Team Perspective: eVTOL — What is their market position?
Back to Thought Cloud