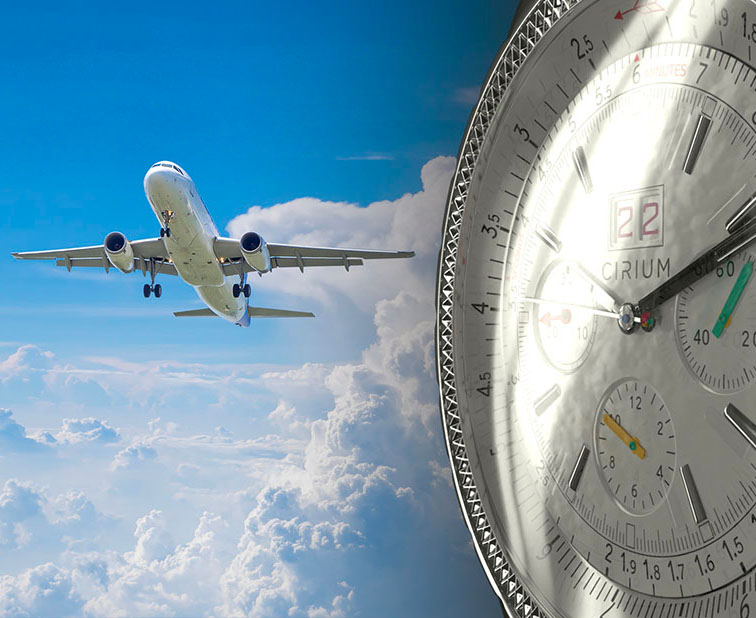 Delta Air Lines named as the world’s best performing airline of 2021; All Nippon Airways as the most on-time globally

The new annual award is presented to an airline with outstanding performance considering the complexity of the airline’s operation, volume of flights, diversity of its network and other key operational factors. The Platinum Award is based on a proprietary algorithm that considers an array of parameters and provides an output to compare airlines on a one-to-one basis as far as possible to ensure fairness, accuracy, and integrity.

“It was another challenging year for the aviation industry, however 2021 was certainly better than 2020, marking the start of the recovery,” said Jeremy Bowen, CEO, Cirium.

“Delta Air Lines stood out this year when you consider the carrier’s size, network, and passenger delay minutes, as well as the number of completed flights. It’s an outstanding effort and achievement during a difficult period. All Nippon Airlines (ANA) is recognized as the most on-time airline in the world. Delta, ANA and the regional winners are congratulated.”

Cirium’s 2021 On-Time Performance Review reflects the second half of the year when flight volumes returned. Airlines globally operated nearly 25 million flights, a 10% increase from 2020, but still down 36% compared to 2019.

The report reviews the top performing airlines and airports globally and in specific categories.

All Nippon Airways (ANA) is named as the most on-time airline in the Global category with 95% of its flights on time. The carrier was followed closely by Japan Airlines (JAL) with 94.1% — reflecting the high standard set by Japanese aviation when it comes to on-time performance. In third place was Aeroflot (91%), followed by LATAM (88.7%) and Delta Air Lines (87.8%).

Delta Air Lines takes home the award for most on-time North American airline with 87.7% of its flights arriving on time. The carrier topped Alaska Airlines (81.7%) and American Airlines (80.5%).

Spanish IAG carriers — Vueling (92.1%), Iberia Express (91.8%) and Iberia (90.3%) — took three of the top five spots in the European category. Notably, Vueling has expanded internationally in 2021 with 65% of its third quarter capacity dedicated to international flights.

In the Asia Pacific, leading Japanese airlines ANA and JAL rank at the top. Airlines that operate a flight schedule consisting mainly of international flights wherein a state of near hibernation in Asia. Those carriers with a sizeable domestic market have fared better. This year’s Top 10 in Asia-Pacific is dominated by airlines with a significant domestic operation.

Copa Airlines, an airline that was close to a complete shutdown at the start of the pandemic, is making a strong recovery and operating its expanding flight schedules at a very high level of on-time performance. The carrier won the Latin America category with 90.3% of its flights on time, followed by Aerolineas Argentinas (89.2%) and Azul (88.9%).

South African Low-Cost Carrier, Safair, outperforms in the Middle East and Africa category as 96.4% of its flights were on time. The airline did not feature in the On-Time Performance Review 2019, however has expanded its international services to Mauritius — a holiday destination for South Africans — with focused operations. Royal Jordanian (89%) and Emirates (86.7%) rounded out the performers in the region.

Solaseed Air, also a Japanese domestic operator and ANA affiliate, tops the Low-Cost Carrier category with 97.9% of its flights on time in 2021. The airline flies a network of 14 routes and has very nimble operations.

The report also identifies the world’s leading airports in on-time performance and Tokyo’s international airport, Haneda Airport, ranks as the most on-time airport globally. In 2021, 95.6% of the airport’s flights departed on time.

Cirium’s on-time performance reporting for airlines and airports is the longest-standing of such analysis in the industry, going back 13 years.

Cirium resumed reporting in June 2021, as flight volumes returned, with regular monthly updates that help gauge the industry’s performance in getting passengers from point A to point B, on time. Cirium’s on-time performance analysis is based on flight data from over 600 sources of real-time flight information. For an airline to be on time, their flights must arrive at the airport gate within 15 minutes of the scheduled arrival time.

Click here to learn more about Cirium and OTP.