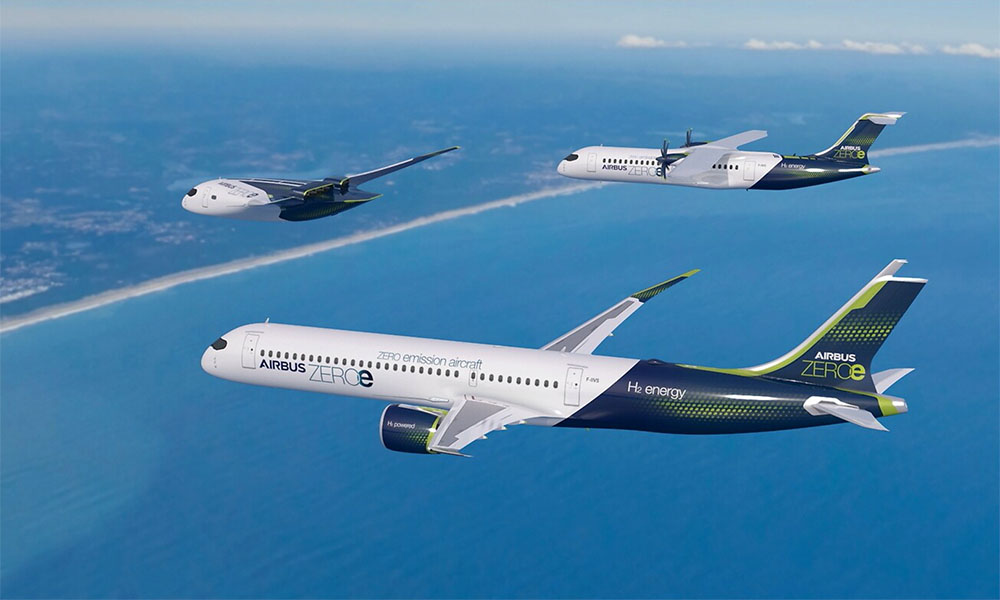 Many airlines are declaring Net Zero commitments, but their success will be based largely on as-yet unproven technology.

By Richard Evans, Senior Consultant at Ascend by Cirium

The recovery path from the pandemic has remained the primary concern for most airline and aerospace senior management this year but concerns about the environment – and commitments to address global warming – have been a close second.

The ‘E’ in ESG is a huge subject, but here are a few important highlights from the past 12 months.

Many airlines have announced targets to reduce CO2 emissions during 2021, with most also announcing their commitment to Net Zero, either in 2050 or earlier. This culminated in IATA committing its members to Net Zero by 2050 at its AGM in Boston in October. This was a major leap over-and-above ICAO’s current targets, which are consistent with the Paris Accord target of 50% reduction of CO2 by 2050, relative to 2005.

It might be argued that 2050 is a long way away, and the roadmaps to achieve Net Zero rely to a very large degree on unproven technology. Nevertheless, airlines are making ever more firm commitments to modest reductions in CO2 over the next 5-10 years. A few examples include:

Some of these plans highlight the nuances between gross and net emissions, different measures, and between absolute and specific measures of CO2. If an airline doubles in size and reduces CO2/RPK by 20%, it still emits 60% more.

Net emissions can be reduced through offsetting, but this is controversial, and probably a near-term solution only. Most airlines are benchmarking emissions to 2019 levels, which can be readily assessed with Cirium’s new Global Aircraft Emissions Monitor.

The EU announced its ‘Fit for 55’ (European Green Deal) plan in 2021, aiming to reduce greenhouse-gas emissions by 55% below 1995 levels by 2030. As part of this, free allocation of allowances to airlines under the EU Emissions Trading System (ETS) is planned to be phased out between 2024 and 2027, with these allowances being added to those auctioned instead. This implies airlines will have to buy 100% of their EU ETS allowances on the open market by 2027, even as the cost of allowances continues to reach record levels today.

The year 2021 has seen many announcements in the field of green propulsion and aircraft technology, following on from the Airbus ZEROe launch in 2020. For example, Embraer outlined four electric and hybrid-electric designs, leading up to a hydrogen-powered 35-50-seat regional aircraft by 2040. ZeroAvia announced two hydrogen-electric regional aircraft programmes. The first on the Dash 8-400 with de Havilland Canada and Alaska Airlines as partners, and second with United Airlines and MHIRJ on the CRJ550 (50-seat regional jet).

Another important step is the plan by all major engine and aircraft makers to certify current production types to run on 100% SAF by 2030, up from today’s maximum of a 50% blend of SAF and kerosene.

For all airlines, and particularly those in Europe, cost pressures are going to increase. New propulsion technologies, hydrogen, SAF production ramp-up, and ETS allowances will all need huge investment. The cost of abating CO2 by moving to alternative fuel sources or propulsion technologies is currently far above the total cost of burning kerosene, or the cost of carbon offsets. This cost gap will narrow, both in terms of new technology becoming cheaper, but also as costs for emitting CO2 increase. Whichever way you look at it, the days of cheap flights look numbered.

It’s time to throw SWIM a life raft
Delta Air Lines named as the world’s best performing airline of 2021; All Nippon Airways as the most on-time globally
Back to Thought Cloud