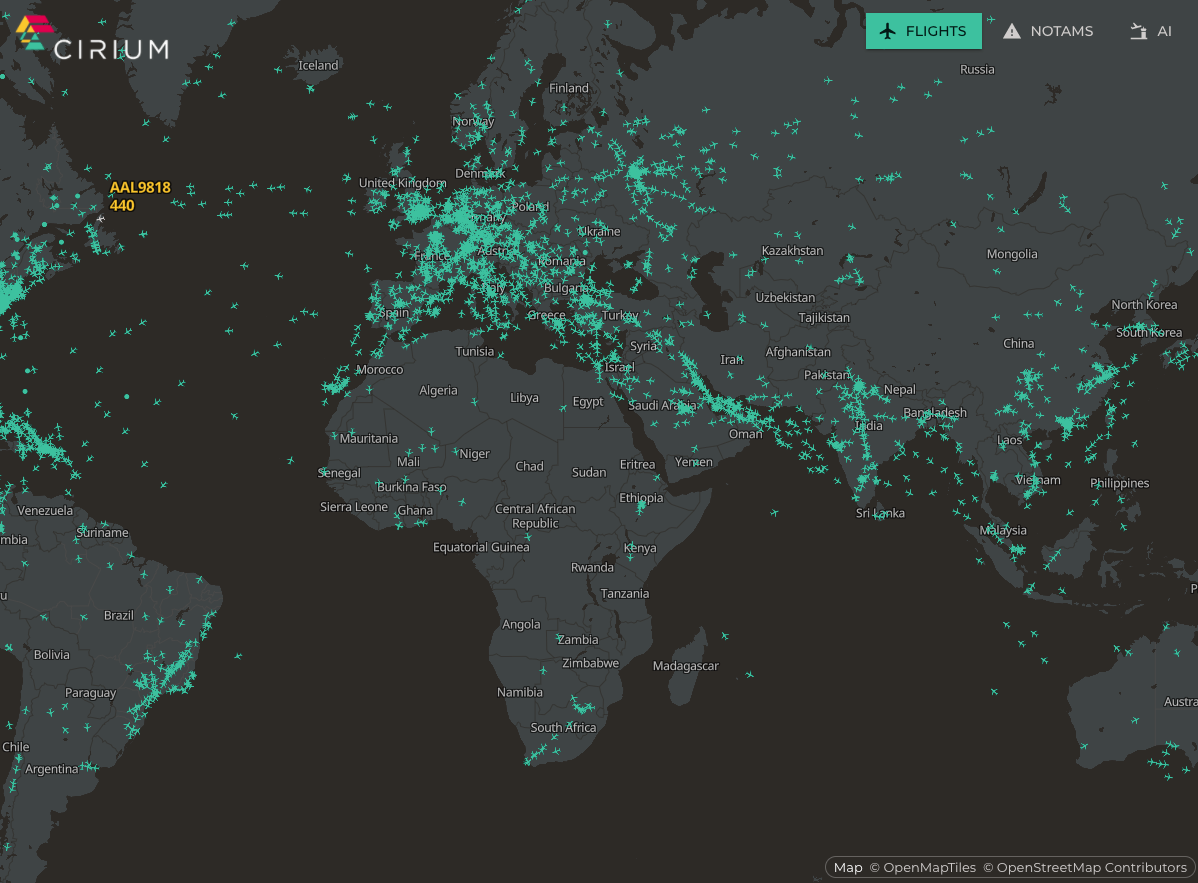 Data sharing holds the key to recovery for ANSPs

Quality data and access to that data is the key to unlocking the insights needed to inform the most robust and agile strategies for businesses today.

Quality data and access to that data is the key to unlocking the insights needed to inform the most robust and agile strategies for businesses today.

The Cirium brand may be new to many ANSPs, however the business has a century of expertise in aviation, with the launch of Flight in 1909, the world’s first weekly aerospace magazine and since has grown into a world-leading data and analytics company. As Cirium integrated the previously known Snowflake Software portfolio and team, the company has become a force in the airline operations space.

What insights can data deliver for ANSPs?

When it comes to data, it’s important to look backward and forward, to understand and predict future operations. There are many data sources at the industry’s disposal such as surveillance data, flight status or OOOI, data from AODB, or QAR and ticketing data.

The analytics that Aireon and CANSO collaborated on is a great example, where they looked to the past to look forward.

However, looking forward with certainty is limited as there are few data options. The flight plans provide an indication of three days out, but to look further than that it starts with looking back to one of the oldest data sources in aviation’s history–the airline schedule—which enabled the industry to start predicting the future in 1929. And, it wasn’t until 1971 that the digital version came to market.

Since the inception of airline schedules over 90 years ago, it has been the most reliable source for the industry for forecasting. The norm pre-COVID-19 saw schedules published six-to-nine months in advance. The changes that happened inside four months were minor changes. Airlines operated over 98% of their published schedule.

As the COVID-19 pandemic hugely impacted air travel it became difficult to predict the future and looking back at the historical trends became unreliable.

As a result of the impact on airline schedules, the industry cannot rely on these data sources we relied on in the past. There’s a fundamental hole in data sharing across the key stakeholders in aviation and it boils down to aviation being a system of systems. The data from those systems—the very data used to better predict and manage future operations—is siloed away from the majority of airspace companies and stakeholders who need it to make the entire network more efficient.

For example, the schedule is created on an airline-by-airline basis, or an AIP is on an FIR-by-FIR basis, or an approach procedure is on an airport-by-airport basis. These are all parts of the picture, which in isolation have limited value—for instance an airline’s own schedule is not valuable without the schedule of other airlines that fly the same city pairs. From an ANSP perspective, a long-range ATFM system is worthless without data from outside of their FIR.

There is not one authoritative organization that holds the complete picture and there never will be.

Piecing together the global picture

Airspace users and stakeholders need the complete picture but, more often than not, they can only get parts of it.

To get a complete picture of global operations, an airline needs to connect to thousands of systems and manage hundreds of data formats. All of that data then needs to be aggregated to create one coherent global picture that covers the airline’s fleet. Only then will the data created by an ANSP be valuable to them.

It’s a near impossible task, however this is where data aggregators like Cirium come in. Cirium is the de-facto service that brings together thousands of data sources from the aviation system of systems in order to create near complete global datasets.

Many commercial players in the industry are taking operational data, aggregating it, transforming it, and making it accessible to a myriad of stakeholders who all do their own part in improving the efficiency of the network and industry.

When an ANSP thinks about its operation, it focuses on the core actors of daily operation such as adjacent ANSPs, airports and airlines.

But when you look closely at this system of systems, it’s far broader, including travel management companies, online travel agencies, border security, fleet financiers and lessors, insurance brokers and aerospace companies. ANSPs hold data that has huge benefit across all these sectors—and many of these sectors have invaluable datasets that can improve the operations of ANSPs. Yet, rarely is any data exchanged.

The true size of the industry system of systems is staggering, and the more data that’s made available in both directions, the wider the impact and the more efficient the network.

What does this mean for ANSPs?

In the past, there has been little need for an ANSP to utilize data outside of its FIR. But now, given the unpredictability of the next three years, on top of the capacity and growth issues we had pre-pandemic, the only option is to improve performance of the network. Not just from gate-to-gate but from curb-to-curb.

Doing this is going to rely on data sources that we have little knowledge of today, as well as a new paradigm in data sharing.

As an example, airlines share schedules to then review against other airlines’ schedules, which has huge value to the airlines.

ANSPs will become more reliant on data from third parties outside of their FIR, which means this data exchange concept can also work for ANSPs.

This will require a change in mindset from the ANSPs, where it’s ok to embrace data sharing that will increase the operating picture for both ANSPs and other airspace stakeholders.

Ian joined Cirium as General Manager, Air Operations, after Cirium acquired Snowflake Software. Ian was previously the co-founder and CEO at Snowflake Software. As part of his role, Ian sits on Cirium’s leadership team, driving the strategic initiatives for effective and efficient operations for airlines, airports and ANSPs globally. In addition, Ian is responsible for leading the company’s ground-breaking cloud-based data management solution, Cirium Sky. Before Snowflake Software, Ian led the technical team at Ordnance Survey (ONS) which was responsible for the creation of OS MasterMap—one of the world’s largest geospatial data reengineering projects ever undertaken.