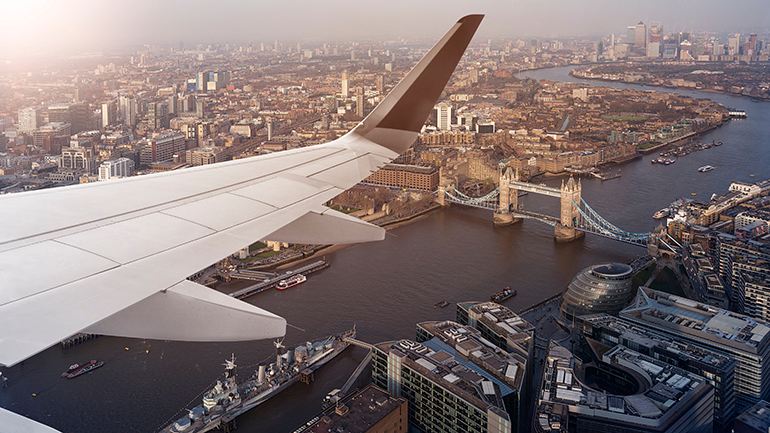 Three-quarters of Brits have concerns about flying in aircraft that were grounded by COVID-19, says Cirium survey

The survey into present attitudes around flying was carried out by independent market intelligence firm Thrive on behalf of Cirium.

LONDON, UK, March 18, 2021: A new survey from Cirium, says 75% of the British public are concerned about flying in aircraft that have been grounded for over a month due to COVID-19.

Aviation analytics company Cirium, which is part of RELX, shows at the height of the pandemic, 63% of global passenger aircraft were grounded or ‘in storage’ as airlines slashed flights due to widespread travel restrictions.

Today, a staggering 32% still remain ‘in storage’ globally, equating to 8,442 aircraft—with over 17,928 aircraft in service.

Encouragingly, more than half (54%) of those questioned want to fly in the next 12 months. However, the desire to travel is particularly strong among younger travellers with 76% of 18-34 year olds planning to travel.

But the global rollout of vaccinations emerged as the largest, single measure capable of restoring confidence in air travel—with 73% of respondents saying so.

In addition, nearly three-quarters (73%) of the British public support ‘health passports’ being introduced as a prerequisite to flying. Older travellers, aged 65 years old and above, are even more in favour, with 84% signalling their support of the measure.

However, there is limited support for quarantine measures, with only a quarter of those quizzed (28%) saying it would increase their likelihood of flying. Quarantine programmes have been introduced in the UK which have included 10-day isolation periods in hotels.

The survey into present attitudes around flying was carried out by independent market intelligence firm Thrive on behalf of Cirium, interviewing 2,105 adults across the UK between February 23 and 25, 2021.

“Cirium’s survey results identify the British public’s appetite for travel, however it’s clear that certain measures to restore travel confidence will be more successful than others, with vaccinations featuring at the top and ‘health passports’ another favourable option,” said Jeremy Bowen, CEO at Cirium.

“It’s evident that people will travel if safety remains the top priority of airlines and airports. Bringing back travel is not just about easing travel restrictions, but also about rebuilding reassurance in flying safely in a world where COVID-19 still exists.”

The Cirium survey revealed the change in attitude by those questioned towards time spent in airports—which have sought to increase dwell time in recent years—with a greater array of shops, restaurants and exclusive lounges for frequent flyers.

But now nearly half (48%) say they will look to reduce the amount of time they spend at airports, prior to flying, as a result of the pandemic impact.

As restrictions lift and COVID-19 measures begin to build confidence in returning to the air, the survey points to the value of reassuring passengers about the extensive safety measures which have been put in place within airports and in-flight.

The attraction of contactless technology while travelling has also gained support in the survey, with 59% claiming they are more likely to now use apps for a touchless travel experience.