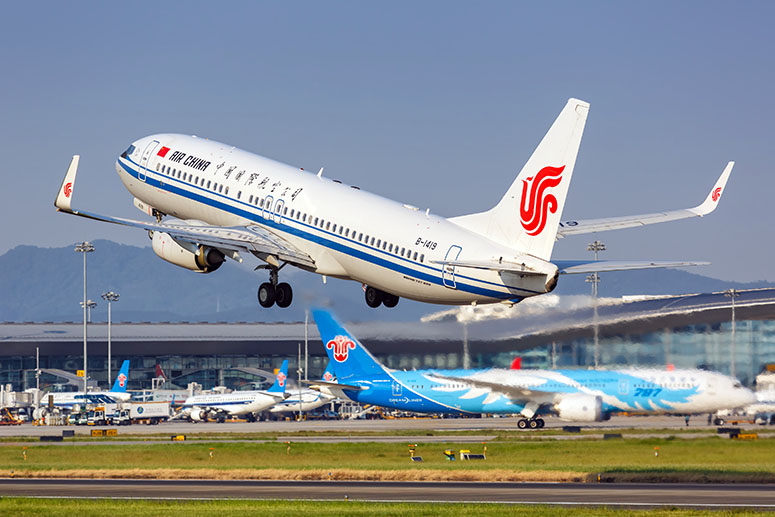 on the fly: Which airports are the busiest in China this quarter?

Which airports are the busiest in China this quarter?

China’s airlines were the first to encounter the COVID-19 pandemic in January 2020. Exactly three years later, they’re becoming the last to exit the crisis. The extent of their eventual recovery to pre-pandemic norms is still unknown. But travel restrictions have finally been removed, including those inhibiting travel to and from other countries.

So which airport is projected to be China’s busiest this quarter? Flight schedules are in flux as Chinese airlines react to fast-changing conditions. However as of Jan. 9th, Guangzhou has led all mainland airports in total seats scheduled for the current January-to-March quarter.

Keep in mind, however, that Beijing’s traffic is now split across two main airports, one of which didn’t open until just before the onset of Covid. Combine both airports and Beijing is China’s busiest airline market. The Shanghai market is also larger than Guangzhou, taking combined seat capacity from both of Shanghai’s main airports. Chengdu, similarly, is now larger than Guangzhou measured by seats. Like Beijing, it now has two major airports.

What is the outlook for international travel? China’s largest international airline markets, most importantly Beijing, Shanghai, Guangzhou, and Chengdu, suffered most while borders remained largely closed during the past three years. At the time of writing this article (Jan. 9th), schedules haven’t yet shown a revival in international flying. That will likely come soon though, and as schedules do change, Cirium will be regularly updating our data.

China’s reopening will likely have a monumental impact on airlines arounds around the world. Be sure to keep current and stay informed in 2023 with Cirium and our on the fly article series.

NEXT ON THE FLY: What are Southwest’s busiest airports and routes?

Ascend by Cirium Weekly Team Perspective: US regional airline market faces challenging times 
44,500 new aircraft to be delivered over the next two decades, worth US$2.9 trillion
Back to Thought Cloud