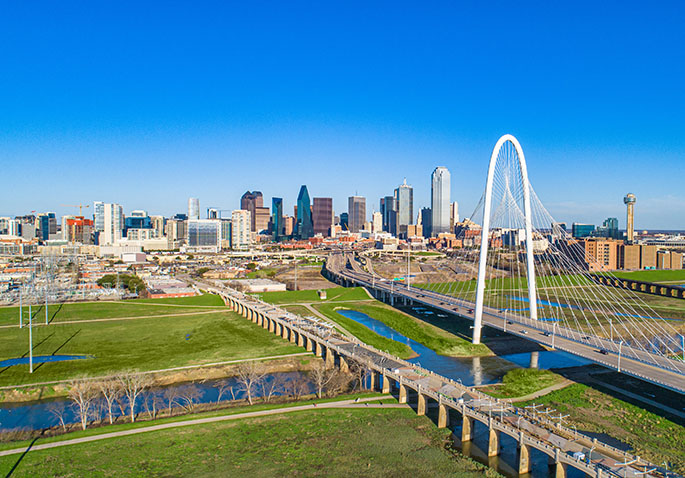 on the fly: Is location driving US airline success?

The latest analysis on how hubs are helping to drive US air traffic.

Is location driving US airline success?

Like real estate, location is major driver of success for the airline business. It is no coincidence that much of Delta’s capacity is concentrated in Atlanta, the busiest hub globally and arguably the best airline real estate in the world. American Airlines is also working to achieve similar scale and success in Dallas-Fort Worth, now the fourth largest metro in the United States (after New York, Chicago and Los Angeles). United Airlines by contrast has yet to operate from a single hub that dominates its network.

Even Southwest, which does not operate a traditional hub-and-spoke network deploys most of its planes in cities like Denver and Las Vegas. The success of this approach is clear from looking at Southwest’s growth in Denver prior to the pandemic.

Alaska is also clearly focusing on Seattle while de-emphasizing smaller bases (pay more attention to the comparisons with 2019 than with 2021, when most markets were still deeply depressed).

What of the other carriers? JetBlue is bullish on the New York area, including Newark where Southwest exited. All of Hawaiian’s top markets are still smaller than they were pre-pandemic (it is uniquely dependent on still-missing Japanese tourist traffic). Spirit, the object of two takeover offers (by Frontier and JetBlue) has lots of its firepower concentrated in Florida and Las Vegas. Frontier continues a longstanding effort to diversify away from Denver (which is one reason why Southwest has moved ahead with its heavy Denver expansion). Allegiant is also focusing growth on leisure markets away from its its busy Orlando Sanford base. Sun Country continues to challenge Delta in Minneapolis. Newcomers Breeze and Avelo, launched during the pandemic, also hope to find success in overlooked airports.

NEXT WEEK: How are Gulf Carriers Really Performing?