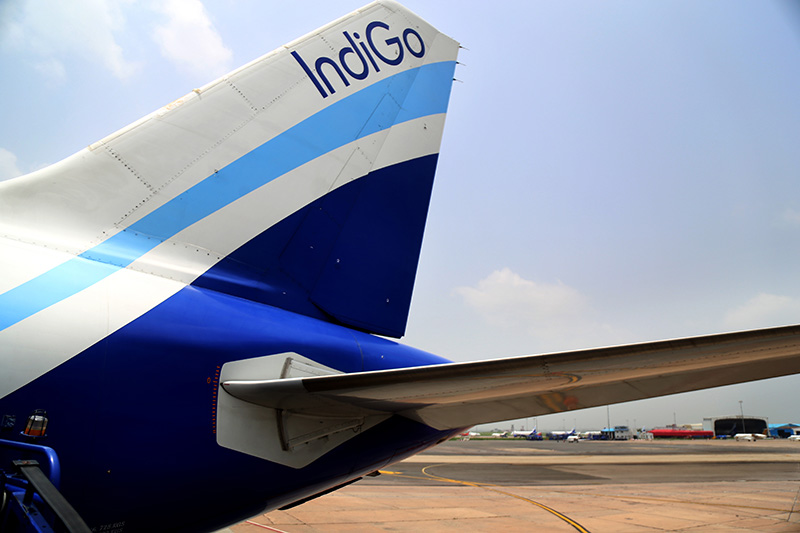 on the fly: How has IndiGo dominated India’s domestic aviation market?

IndiGo, based near Delhi, didn’t even exist 20 years ago. Today, it’s by far India’s largest airline. This quarter, according to Diio by Cirium, IndiGo plans to operate 135,000 domestic flights. Its next largest competitor, Air India, plans to operate fewer than 24,000. Even if Air India winds up joining with Vistara, Air India Express, and AirAsia India, their combined total number of flights would amount to just 64,000.

What has helped to drive IndiGo’s success? Critical to IndiGo’s rise to domestic dominance has been its aggressive aircraft ordering. Cirium’s Fleets Analyzer shows that IndiGo is now flying more than 250 planes, 86% of them Airbus narrowbodies (it operates ATR turboprops as well). As of Nov. 28th, Fleets Analyzer shows that it still had another 518 planes on order, which is more than any other airline in the world (United is next with 512 planes on order).

IndiGo does operate some international routes. But, the majority of its seats are flying domestically. What are IndiGo’s busiest routes within India? Here are its top domestic routes this quarter, ranked by total seats scheduled. Note; how a lot of IndiGo’s flying connects India’s six largest cities, led by Delhi and Mumbai.

NEXT ON THE FLY: Which were Europe’s busiest airports in 2022?

on the fly: Which are Argentina’s busiest airlines?
Most On-Time Airlines and Airports of 2022 Unveiled by Cirium
Back to Thought Cloud