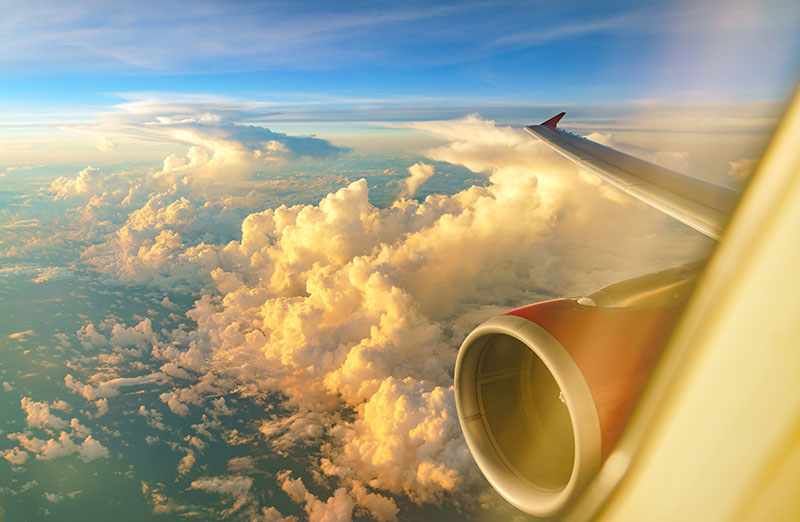 Ascend by Cirium Weekly Team Perspective: Green or Greenwash? How should we rank assets or airlines?

Commitments to Net Zero by 2050 being announced almost daily by airlines and other organizations.

Green or Greenwash? How should we rank assets or airlines?

By Richard Evans, Senior consultant at Ascend by Cirium

With COP-27 taking place in Egypt, and commitments to Net Zero by 2050 being announced almost daily by airlines and other organizations, how can we compare airlines’ green credentials?

The short answer is, it’s not easy! Cirium has huge data resources of fleet and operational data, now including estimates of fuel burn and CO2 emissions at the flight-by-flight level. It is relatively straightforward to compare different aircraft types and variants, expressing their emissions in terms of a specific metric. This could be an amount of CO2 per flight, or per unit of capacity or payload. Commonly used metrics are CO2 in grams per Revenue Tonne Kilometre (RTK) or per Revenue Passenger Kilometre (RPK).

Ascend by Cirium uses these data to band assets into a ‘traffic light’ system, intended to be a guide to ‘investability’ or attractiveness. This can be done for passenger aircraft or freight aircraft, and may be split between regional aircraft, single-aisles or twin-aisles, depending on the needs of the client.

Even this approach requires some judgment as to what is ‘best’. For example, is an A321neo, with a typical figure of 55-70g/RPK, ‘greener’ than a smaller regional aircraft, which emits far less total CO2 but at a figure of perhaps 150g/RPK? Most would say the former is the better, which leads into measuring airline-level emissions.

For airlines that just operate regional aircraft and single-aisles, the simplest comparison is CO2/RPK. Low-cost airlines are particularly keen to use this metric, as their high-density seating layouts and load factors lead to lower figures. Airlines that fly twin-aisles, and perhaps also operate dedicated freighters are likely to measure emissions in CO2/RTK, as this takes both passenger and cargo payloads into account.

The COVID-19 pandemic led to load factors collapsing in 2020, and in Asia they still haven’t recovered to 2019 levels. For this reason, we are generally comparing airlines’ 2019 emissions levels at present, whilst also looking at their improvement trend and their committed targets.

Ryanair said that its 2019 emissions were 66g/RPK, and targets a reduction to 60g/RTK by 2030. The 2019 number equates to a figure of 660g/RTK, assuming an average weight of 100kg per passenger plus baggage. Lufthansa Group published a figure of 92g/RPK for 2019, more than 50% higher than Ryanair. However, this falls to a figure of 860g/RTK when cargo is added into the equation. Long-haul freight-only airlines have much lower figures, with Cargolux emitting 482g/RTK in 2020. Is Cargolux therefore greener than Ryanair?

In order to try and better compare airlines green credentials, Ascend by Cirium has therefore developed a ‘scorecard’ system, which does not rely on published or estimated emissions alone. This gives each airline a score out of 100, based on 11 different parameters.

We take into account fleet mix, operational metrics, emissions data, and exposure to Emissions Trading Schemes (ETS), which are assessed quantitatively. These are then combined with a qualitative assessment of sustainability reporting, targets for emissions reduction, and use of Sustainable Aviation Fuel (SAF) and offsets. Thus an airline that publishes regular sustainability reports and data, has targets for absolute and net CO2 reduction, has contracts in place for SAF, and offers transparent, verified, offsets to customers will score much higher than one that doesn’t – even if the latter has lower estimated CO2/RPK in our Global Emissions Monitor dataset.

At present, the airlines that do best on our scorecard are mostly based in Europe, but some leading airlines from the Americas and Asia Pacific also perform well. Generally, airlines with stock market listings are higher than privately-held or government-owned airlines. There are still many airlines with no external communication on sustainability, nor targets for improvement. This ironically includes the national airline of Egypt. However, this will hopefully change now that IATA and ICAO have both announced long-term commitments to Net Zero.

The Monthly On-Time Performance Report – October 2022
on the fly: What are Auckland’s busiest airline markets?
Back to Thought Cloud