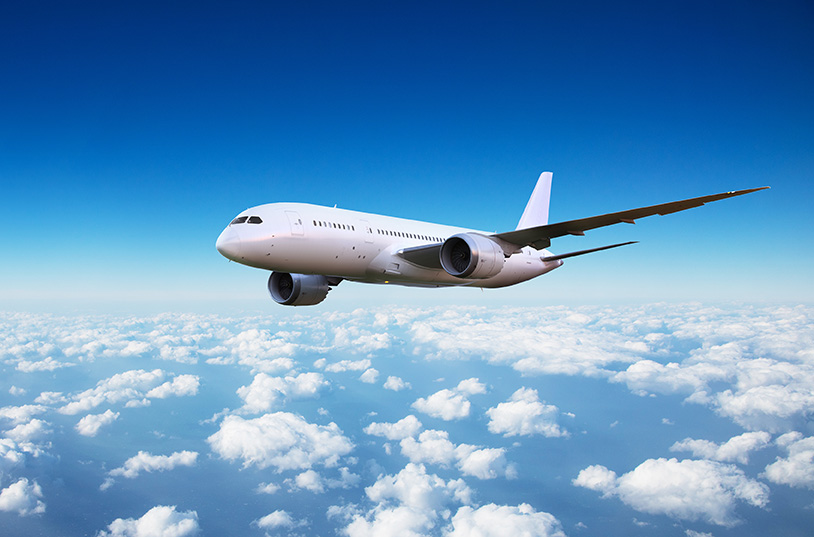 1st Quarter 2022 Issue 74 – THE LATEST COMMENTARY AND ANALYSIS FROM ASCEND BY CIRIUM.

ACCESS THE FULL Q1 VIEWPOINT REPORT BY SUBSCRIBING TO CIRIUM DASHBOARD OR CONTACTING ASCEND BY CIRIUM.

By Henk Ombelet, Head of advisory operations at Ascend by Cirium

Environmental concerns have rightly come to the forefront of public attention over the last several years. Global warming is a serious threat to our ecosystem, and while political events over the past years have perhaps not always brought the decisive action that many think is necessary, individuals and companies are beginning to examine their contribution to the emissions causing global warming.

The aviation and aerospace industries are no exception to this. While global estimates
indicate that the contribution of air transport to CO2 emissions is only between 2% and 4%, aviation is a high-profile business, and prior to the pandemic a fast growing one, which would indicate that aviation’s contribution would grow, especially as other industries are reducing, or at least not increasing, their emissions. Aviation’s overall contribution to global warming is increasingly accepted to be more than simply CO2 emissions, due to the effect of long-lasting contrails.

Anyone doing the rounds at the aviation events of the past year, whether virtual or in person, will have noticed that ESG (Environmental, Social and Governance) concerns have crept into discussions. The aviation industry has a good track record of reducing fuel burn, driven by the imperative to cut costs and reduce aircraft weights. However, it has been less effective at communicating its improvements to the general public. Now, concerns over the environment are much more evident. At Ascend by Cirium we have been contacted by many industry participants over the past two years with questions regarding CO2 emissions. And the questions have come from a wide field, including, as one would expect, airlines, but also airports, lessors, banks, OEMs and perhaps most surprisingly from several oil companies.

Greenhouse gas emissions (such as CO2) are categorised into three different categories or Scopes. Scope 1 includes the direct emissions from owned or controlled assets, and this is where airline emissions come in if we are looking at an airline – and not just from aircraft, but also from ground vehicles. Scope 2 involves purchased electricity, heat or cooling, which is not something that is currently prominent in the aviation industry (until or if electric aircraft become a major part of the fleet). Finally, Scope 3 includes all other indirect emissions that occur in a company’s value chain, and this is where all the non-airline participants come into play. Airports want to see what the emissions are for aircraft taxiing, departing or arriving at their airport. Banks and lessors want to assess the emissions for the aircraft they lease out from their portfolios. And equally, oil companies want to see how the fuel they supply gets used.

Behind all this lies the requirements that are increasingly put on companies regarding Scope 3 emissions.

For a lessor it is becoming increasingly important to know how airlines are operating their leased aircraft, and how efficient they are in reducing CO2 emissions per unit of production – whether that be per passenger kilometre, per seat kilometre, or per tonne kilometre.

Ultimately, a lessor will be required to publish this information in its ESG report, as demanded in an increasing number of jurisdictions. Lessors will be judged on the improving performance of their leased-out fleet. This will likely lead to a situation where emission-efficient airlines will be able to demand a reduction of lease rates, or conversely, where emission-inefficient airlines will be charged a premium for their leased aircraft.

The financial reasoning behind this will be driven by so-called green bonds, where discounts can be given for support for (more) sustainable development. Therefore, as financing costs for green initiatives can be reduced, this will work through lease rates for airlines that can demonstrate this. And lessors thus have an incentive to lease to airlines that are more efficient in terms of emissions.

The same reasoning goes for other companies who are looking at Scope 3 emissions, such as the oil companies. But where do they get their emissions figures from? After all, many airlines are not in the habit of reporting these, or even the underlying fuel consumption figures. While there have been some attempts by the OEMs to gain the upper hand here, Ascend by Cirium believes that an independent body, not affiliated to either OEMs or airlines, can provide the industry with reliable figures to measure and track CO2 emissions.

We have therefore built a model, The Cirium Global Aircraft Emissions Monitor, that combines specialist knowledge on aircraft performance and fuel consumption with our unrivalled fleet tracking database (recently enhanced by the agreement between Cirium and Aireon, the leader in global satellite-based aircraft tracking), to create an accurate database of emissions. This model considers the aircraft master series (for example, A330-300, 737-800, or Embraer 190-E2), and calculates a fuel burn usage dependent on the actual tracked flight time and taxi time.

This therefore distinguishes between flights of a similar great circle distance, by taking into account different track routings, headwinds and holding patterns. Additionally, the model uses a variance of the manufacturer empty weight, actual installed seat counts by serial number, winglets, and assumptions on load factors, belly cargo and engine deterioration over time.

For 2019, the model produces total global CO2 emissions within 1% of the published IATA total figure of 905 million t. In 2020, passenger load factors were lower, but cargo load factors increased, making analysis more challenging. The model has CO2 emissions within 3.5% of IATA’s latest published estimate, which has itself been revised several times. For 2021, we are again within 2-3% of the most recent IATA estimate. The model has also been compared with actual fuel use figures supplied by some airlines, and was again found to be within a couple of percent of the actual numbers.

Using the model and the underlying database, we can split the emissions by almost any variable. The first chart shows the breakdown of the emissions by domicile region of the aircraft operator. Obviously, the pandemic caused a sharp drop in total emissions, although an increase in emissions per revenue passenger kilometre (RPK) as passenger load factor was lower, and stage lengths reduced with long-haul traffic more severely affected. While airlines based in Asia-Pacific were the largest emitters in 2019, by 2021 North American airlines had just edged ahead. There has also been a large increase in the emissions contribution by all-cargo aircraft, where generally older aircraft are flown.

The industry, under the banner of IATA, has committed to Net Zero 2050, which means that in 2050 the industry commits to abating as much CO2 as it would be emitting. That is an ambitious target, considering the expected growth of the aviation industry, notwithstanding the current downturn because of the Covid-19 pandemic.

The Cirium Fleet Forecast predicts recovery to 2019 levels of passenger traffic and capacity by mid-2023, and by 2040 global available seat kilometres (ASK) would be more than double the 2019 figure. The scenario shown in the second chart assumes a reduction in CO2 emissions per ASK of 0.7% per annum, as new generation aircraft continue to replace the previous types. The exact figure for improvements will depend on trends in utilisation, seat configurations and stage lengths, and could be better than this.

This results in a total of around 1,650 million t of CO2 emitted in 2040, compared to 897 million t in 2019, an increase of 3.0% per annum. This figure does not consider the introduction of alternatively-powered aircraft or the adoption of sustainable aviation fuels (SAF). The latter is a key factor in IATA’s roadmap to Net Zero, but the amount that can be supplied, and the associated price has a very wide variation in predictions. This highlights the challenge ahead for the aviation industry, with a long way to go with alternative fuels or propulsion to meet the targets for 2050.

on the fly: Ukraine’s Aircraft on the Ground
on the fly: Widebody planes in service, now and then
Back to Thought Cloud