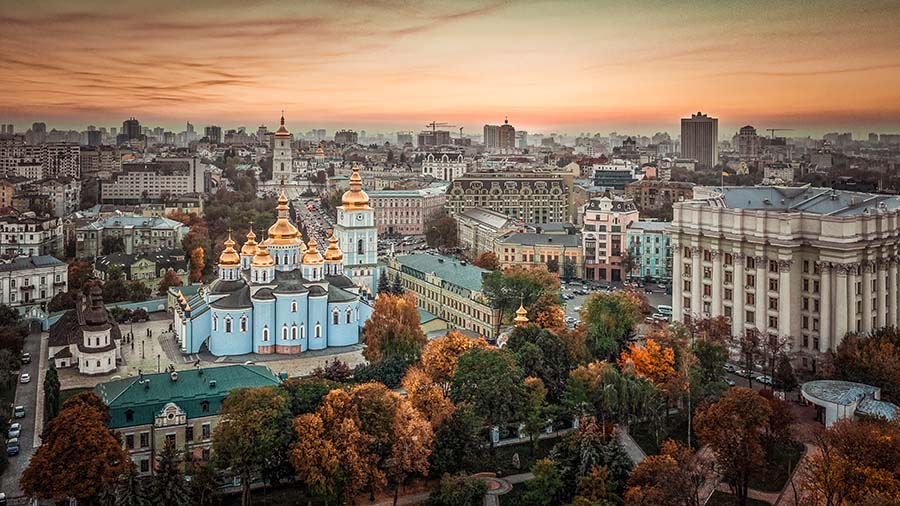 Ascend by Cirium, Expert view, on the fly

on the fly: Ukraine’s Aircraft on the Ground

Russia’s invasion of Ukraine has potential to derail the fragile airline recovery in Europe.

Ukraine’s Aircraft on the Ground

Russia’s invasion of Ukraine on February 24 has significant potential to derail the fragile airline recovery in Europe. After Omicron caused a temporary blip in demand recovery, airlines were set for a strong recovery through the emergent summer season with Ascend by Cirium’s scenario projection indicating that passenger traffic in the region would approach 80% of 2019 levels by mid-summer. Whilst it is too early to know if that projection is fundamentally at risk due to the current conflict, airlines were already facing twin headwinds of increasing interest rates and oil / fuel prices, so any impact on the nascent demand recovery would add an unwelcome third leg to that stool.

With Russia being a significant producer of oil and gas, the invasion has also sparked further oil price rises with Brent Crude briefly breaching $100 per barrel territory on the day of the invasion, something last seen as long ago as September 2014, before falling back to around $98 per barrel on Friday, February 25. Short-term uncertainty can only increase risk for airlines and in that context the next few days could be pivotal to 2022 outlook.

Meantime, through the current uncertainty there is one thing that seems certain – commercial flights over Ukraine are likely to remain impossible for some time to come and any aircraft currently on the ground (AOG) in Ukraine will be stranded and potentially at risk of damage or worse through the conflict.

Cirium’s fleets and aircraft tracking data allow us to derive a full understanding of those aircraft (and airlines / lessors) which are presently impacted. The table below illustrates that there are presently 67 western built commercial jet and turboprop aircraft parked at eight different airports within Ukraine.

The aggregate indicative market value of these aircraft exceeds $500 million, perhaps not huge in the context of the global fleet today which has a similar value in excess of $600 billion. But for each and every lessor that has an aircraft within this list there is risk that the asset will be lost and with an uncertain insurance position the value also potentially lost.

With that in mind, international operating lessor exposure does appear relatively limited. Only 23 of the 67 aircraft currently AOG in Ukraine are managed by 11 different lessors, with only four of those having more than one aircraft in country at present.

As per the table below, Nordic Aviation Capital has six ATR 72-600s leased to Windrose Airlines, representing almost $50 million of indicative market value. FTAI (Fortress Transportation and Infrastructure) have five Boeing single-aisle and twin-aisle aircraft leased to Azur Air Ukraine, whilst AerCap have two aircraft leased to the same airline and a single E195 leased to Ukraine International Airlines.

The reality is that operating lessor exposure to the immediate conflict is relatively limited. With the clear signals from Russia of its intent, lessors took prudent action prior to the invasion to mitigate risk by ensuring other leased assets were not in Ukraine as the conflict commenced. For those aircraft that remain in country there is little any of us can do but watch and wait to see the outcome.

Meantime, wider risk may exist for lessors in their portfolio leases into Russia. Widespread economic sanctions impacting US$ transactions could impact the operators’ ability to pay monthly rentals and maintenance reserves. Lessors domiciled outside of Russia currently have some 515 commercial jets and turboprops leased to airline operators in Russia. With an indicative current market value of almost $10 billion, that represents some 3.2% of the overall value of the global lease portfolio today. Hence, the conflict could turn out to be exceedingly bad news for lessors.

—
Never miss an on the fly story. Sign-up to receive an email notice when a new story is published.