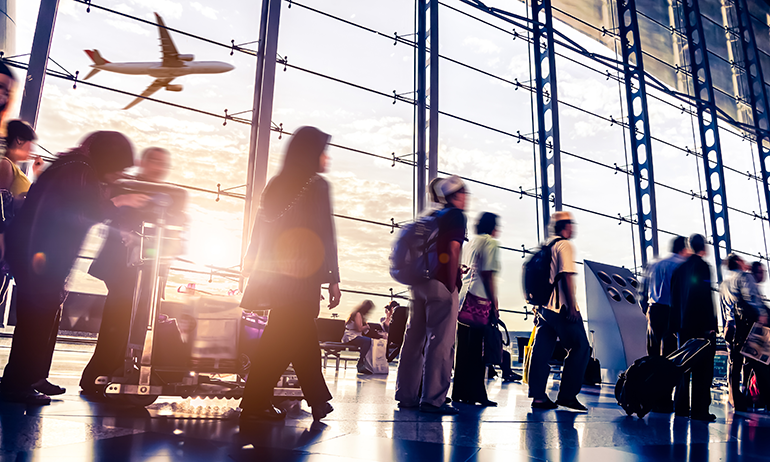 March 19, 2019 New survey reveals well over a third of travelers have had to pay more to make alternative […]

Over a third of global travelers (36%) say they don’t get enough information about delayed and cancelled flights, according to aviation and data analytics experts Cirium.

A new survey for Cirium reveals the impact of flight delays and cancelations and the need for better management of flight disruption, with more communication via proactive flight updates for affected passengers.

Almost two thirds (61%) of those surveyed said they would be likely to use an app which alerted their friends, family or company about their delay.

In 2018, approximately 3.9 million flights – or 10,700 a day – were delayed by over 30 minutes or canceled globally, affecting more than 470 million passenger journeys around the world.

Flight delays and cancelation cost airlines globally US$30bn a year in lost revenue, in addition to costs borne by their passengers.

Airline flight delays and cancelations are caused by a wide range of factors, such as technical issues with aircraft, bad weather, air traffic control problems, strikes, medical diversions and congested airports, among many others.

The global YouGov study conducted for Cirium in the UK, US, UAE and China, showed more than a third of travelers worldwide (35%) who had experienced a delayed or canceled flight, did not find it easy to change their travel plans, with well over a third (40%) left out of pocket after being forced to pay more to make alternative travel plans.

Airlines also had to bear the massive cost of disruption with flight delays and cancelations costing the equivalent of US$7 for every departing passenger – slightly less than the airline’s net profit per person per departing flight.

Christopher Flook, President and CEO of Cirium, said: “Flight delays and cancelations are an unfortunate aspect of modern air travel and can have a big impact on travelers, whether flying for business or leisure. We recognize that the cost of disruption for airlines is also a significant problem.

“While our survey reveals well over a third of passengers still have to pay more for alternative travel plans, airlines can proactively issue flight alerts ahead of travel and re-allocate tickets without fees to take the sting out of flight disruption.”

“We all want to travel stress free and get people to where they want to go, which is why at Cirium we work closely with airlines around the world on initiatives which reduce the impact of disrupted flights.”

The survey revealed nearly two thirds (57%) of those polled only found out about their flight delay or cancelation once they had reached the airport. When asked 29% said they would prefer to be informed about a delay through a text alert with another two thirds (61%) saying they would use an app which alerted their friends, family or company about their delay.

Cirium enables the wider travel industry to manage the impact of disruption with intelligent data and analytics solutions. For example, Cirium analyzes more than 70 million passenger journeys annually to provide meaningful insights and keep the travel industry in motion.

This data is used by a wide range of customers, such as airlines and airports, to improve the travel experience by smart devices and metasearch engines, like Google, Amazon and Expedia, to provide information directly to passengers, enabling them to make more informed choices when on the move.

Cirium’s data and analytics divisions have been the first to bring innovative solutions to market, such as the first to automate the ticket waiver process during times of flight delays and cancelations.

It employs over 400 technologists, analysts, data scientists and market experts in the UK, US, Europe, Middle East, India and Asia-Pacific.

The group has significantly grown in recent years with the acquisition of leading data intelligence companies, including Ascend, Innovata, Diio and FlightStats.

Notes on this survey

Cirium brings together powerful data and analytics to keep the world in motion. Delivering insight, built from decades of experience in the sector, enabling travel companies, aircraft manufacturers, airports, airlines and financial institutions, among others, to make logical and informed decisions which shape the future of travel, growing revenues and enhancing customer experiences. Cirium is part of RELX, a global provider of information-based analytics and decision tools for professional and business customers. The shares of RELX PLC, the parent company, are traded on the London, Amsterdam and New York Stock Exchanges using the following ticker symbols: London: REL; Amsterdam: REN; New York: RELX.

Find out more at cirium.com