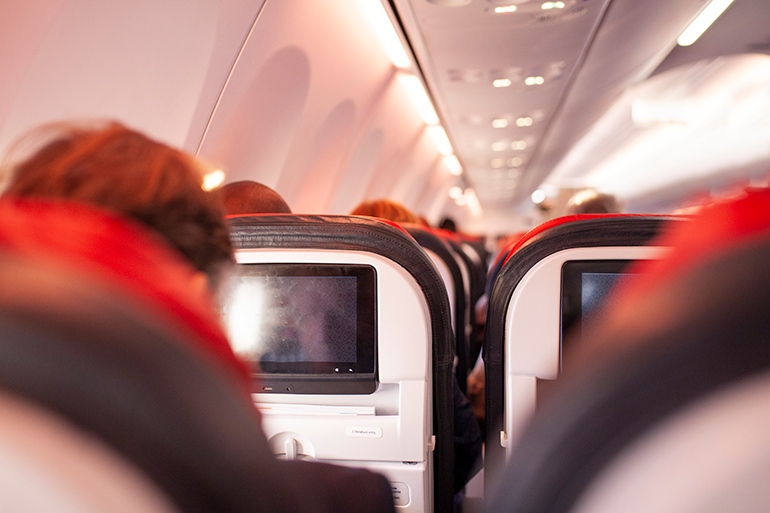 Rob Morris, Global Head of Consultancy at Cirium’s consultancy arm, Ascend by Cirium, estimates that at least seven years of […]

Rob Morris, Global Head of Consultancy at Cirium’s consultancy arm, Ascend by Cirium, estimates that at least seven years of airline passenger traffic growth could be wiped out in 2020 if IATA’s prediction for a 48% fall in traffic this year proves true.

It’s a sobering prediction which raises a multitude of questions for the entire global aviation industry, as well as the knock-on effect COVID-19 (coronavirus) will have upon the travel and tourism.

Rob Morris addresses some of these questions for airlines and aircraft manufacturers (OEMs), and is joined by Peter Morris, Ascend by Cirium’s Chief Economist, who shares his views on GDP and the impact on trade and tourism.

What does the outlook beyond 2020 suggest for the aviation industry?

Rob Morris: It really depends on a number of factors. The first is the wider impact of COVID-19 – most particularly the measures being taken globally and regionally to try and control the pandemic – on global economies. We also need to see the travel restrictions themselves being lifted and for now we have no indication of when that may be possible.

And, then there is also potential for change within those fundamentals of demand for air travel. For example, we are all now learning to work remotely and leaders are learning that some parts of the business can function without the widespread international travel, previously seen. It does seem likely that business travel may be relatively slow to return. On the leisure side, with negative impact on personal disposable income driven by a downturn, discretionary travel also seems likely to be slow to return.

It’s easy to envisage a scenario where the demand for air travel is relatively slow to return in the near and medium-term. A return to the demand (traffic) base we enjoyed in 2019 would require a 100% growth over the 2020 demand base that the IATA scenario suggests. Given the points I’ve made so far, achieving that growth, even over the next two years–2021/2022–seems very optimistic at best.

If that demand doesn’t develop, then it seems we’re going to see a very different airline sector and, by extension, a challenged OEM sector. We opened 2020 with approximately 23,710 commercial passenger jets in service and if 2020 turns out as per IATA’s predictions, then as many as 7,000 of those aircraft are potentially immediately surplus. Even if we see significant growth in 2021 and 2022, there will be a significant number of aircraft outstripping possible customer demand. That surplus is, of course, exclusive of any new aircraft which Airbus and Boeing were originally scheduled to deliver over the next two years.

What does the landscape look like in terms of this surplus and the ricochet on supply and demand?

Rob Morris: Airbus were close to peak production rate with their single-aisle aircraft, which Boeing would have matched had it not been for the 737 Max issue. Yet, on a 180-degree pivot almost overnight, virtually all those aircraft are now surplus. They are, of course, more efficient than aircraft presently in airline fleets, but the value of that efficiency is degraded for now by an unprecedented collapse in global oil prices.

When Airbus announced that it was cutting aircraft production by a third, I was surprised to see them acting so quickly and decisively, as this has not been in their nature historically. This is clearly a signal of the magnitude of the issue facing the manufacturer, since they have surely been speaking with their widespread customer base to understand what measures were necessary.

I suppose a question could be, is this Airbus move enough? It is likely that for a prolonged period there will be no requirement for airline for growth. Even in the best of times there will always be some deliveries planned for replacement as airlines roll over old technology for newer more efficient aircraft. Therefore, we would always expect to see around 600 retirements annually, with these retirements replaced with new deliveries. At steady state, these new Airbus rates would equate to around 550 new aircraft annually (and I don’t think Airbus will achieve that level of deliveries in 2020). So even these rates alone would almost fulfil typical replacement demand.

And with similar moves by Boeing, we’ll see a higher rate of retirement annually over the next few years than previously expected.

Boeing clearly has issues to solve with Max, but it is likely that when Max does return to service the production start and ramp up will be slower than previously planned. And it is likely that we will see a 787 production rate reduced beyond the previously planned reduction from 14 to ten which was planned for early next year. And, of course, the 777-9X flight test program has also gone extremely quiet. I suspect that will also be delayed now with the mid-2021 entry into service probably delayed further.

All airlines seeking to manage cash flow also don’t want to spend any more of their precious capital right now on new deliveries (or indeed PDP associated with those). So, expect to see many customers seeking to defer or cancel deliveries and OEMs having to reduce Rate as rapidly as possible to correct supply to the new demand.

As we emerge from 2020, we will likely have a highly rationalized and smaller airline sector globally and a potentially also rationalized leasing and aircraft finance sector – along with a smaller output from the OEMs than we all were hypothesizing just 12 short months ago.

We’ve had a 10-year boom in the industry – was this driven by the passenger demand alone or do you think there was an element of lessor competition that may have driven the supply and demand to an extent?

Rob Morris: The 6.6% CAGR we have seen over the past ten years is a consequence of both robust underlying economic fundamentals but also ever reducing cost of air travel—enabled both by increasing efficiency in airline cost models, but also by competition in that sector—which has perhaps stimulated that growth slightly further than might otherwise have been justified.

Reducing cost may also to some extent have been driven by continued low cost of acquisition for airlines, driven both by the increasing lessor competition that the question references but also by other—and abundant—forms of capital being available to airlines. Some of whose financial performance through this period has enabled their credit risk profile and investment potential to improve fundamentally compared to where airlines were in prior cycles, which has driven investment into the aircraft finance sector, compared to others. This now looks potentially set to change as some of that newer capital finds itself at risk as weaker credits or poorer quality assets are distressed in the new demand / supply dynamic.

What is anticipated in terms of the impact on GDP—the impact on Trade and Tourism—and will parts of this industry change forever?

Peter Morris: The industry has seen six decades of growth in passenger traffic—averaging 5-6% annually—and although this was expected to slow to 4-5% in future decades, this was thought to be maturation of the industry rather than a seismic change in its underlying structure. The industry has been driven by a multiple of regional and global GDP growth.

The historical evidence from the effects of multiple shocks, such as financial crises, SARS and the terrorism event of 9/11, reinforced the belief in the air transport industry’s ability to rebound. The key issue now is how long it will be before customers feel reassured that the air travel environment is as safe as it was before this pandemic. This will include not only air travel but in other essential parts of the tourism eco-system, such as hotels, attractions, conferences and throughout the hospitality industry. Even with an effective vaccine or other measures, this reassurance will take some time.

The effects on GDP of the virus this year is likely to bring a global GDP recession of 3% or more in 2020, only slowly recovering in 2021, so that will anyway slow recovery of the sector.

However, with the travel and tourism industry worth US$10 trillion globally, an industry which fundamentally drives so many aspects of the business and leisure economy, the recovery will come – although some parts—particular ‘at risk’ destinations or enclosed environments—will take rather longer to recover. It’s likely that shorter haul regional travel, where the health monitoring and ‘government control’ features are believed to be more containable, will be among the first to recover. The biggest concern will be that a global air travel business, that needs economies of scale and high load factors to achieve profitability and low prices, will have to operate as a more expensive and sparser network for some time to come, until the fundamentals of this ‘proximity disease’ are resolved.

We’re also publishing real-time updates on The impact of COVID-19 on Aviation, with latest data and in-depth analyses of the wider implications for travel and tourism. And you can access insights from the consultancy team here.

Cirium is part of the LexisNexis® Risk Solutions portfolio of brands.