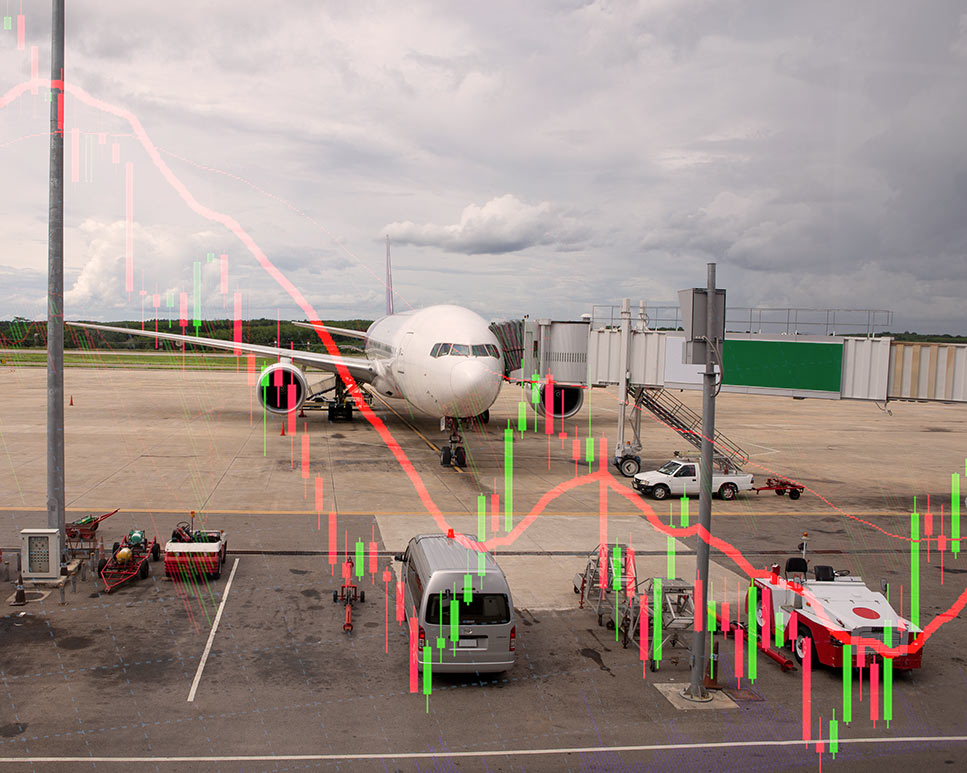 Global aviation recovery is happening, but at a snail’s pace

How can aerospace firms (OEMs, MROs and supply chains), financial institutions and leasing companies stay ahead of the changing landscape of air travel?

How can aerospace firms (OEMs, MROs and supply chains), financial institutions and leasing companies stay ahead of the changing landscape of air travel? Cirium believes that data provides answers —understanding the status, looking to recovery, and uncovering business opportunities.

In the latest Cirium LIVE: Market status and recovery outlook webinar, Rob Morris, global head of consultancy, Max Kingsley-Jones, senior consultant, and George Dimitroff, head of valuations at Ascend by Cirium – the consultancy arm of the business – covered the insights to take away to anticipate future market supply and demand.

It’s no surprise that recovering from the impact of the pandemic will be difficult as we saw global capacity down 52% cumulatively in 2020 over 2019. In fact, capacity remained down by 57% at the end of March 2021 over 2019, with the global airline schedule projecting a recovery to -52% and -50% by the end of July and August respectively.

IATA’s more recent forecast predicted capacity growth in 2021 of 21.9%, which equates to 47.2% down over 2019. According to the latest Cirium schedules data, capacity is projected to be down only 40% this year over 2019 albeit there remains plenty of scope for revision here given five months of the year remain in outlook in the schedule. For now, this is a slightly more positive outlook than IATA. Looking at the seven-day average trend for global capacity scheduled this year worldwide, we were 42% down over the 2019 equivalent at the end of July.

The key point is the dynamic is becoming more stable and the trajectory is more positive. For example, the current projection for the global schedule for August shows further recovery to -36% down over 2019 by the end of the month.

Airlines are still making revisions on a weekly basis and typically removing capacity from the schedule; however, it is less impactful than previously seen.

This positive trajectory is further evidenced in the tracked fleets data, which shows that the fleet in service globally is at its highest level since the start of the pandemic. Positive trends are seen in the US, Europe, and China. The stored fleet has steadily decreased since February 2021 in a roughly linear trend on a weekly basis and is also at the lowest level seen since the start of the pandemic.

There’s a glut of aircraft, but retirements are lagging

There does remain a surplus of aircraft, and thus there is an assumption that there should be more aircraft retirements.  However, that is not currently the case. Retirements in 2020 were down versus 2019 and retirements in 2021 are still lagging 2020, with only 155 aircraft currently recorded as retired this year in our Cirium fleets data.

The total number of aircraft retired includes 69 A320 family aircraft (parted-out at an average age of 20.5 years), 23 Boeing 737NGs (at 17.6 years) and 13 part-outs of 777-300ERs (at 14.2 years). While overall numbers are low, it remains clear that some owners still see value in part-out and as recovery continues, we do expect to see the volume of part-outs also increase to support increasing MRO activity within the burgeoning operational fleet.

We see signs of optimism but there are numerous drivers that will determine the recovery of the traffic, such as second (and subsequent)-wave impacts, travel restrictions, and availability of vaccines. Focusing on the vaccination roll-out globally, it has been patchy country-to-country, however at least 2.1 billion people worldwide have received a first dose of the COVID-19 vaccine and this metric continues to increase rapidly.

In terms of recovery the scenario that the Ascend by Cirium team have named Scenario 4, which sees full recovery to 2019 demand levels by 2024, has rapidly become its baseline. This assumes a strong rebound in traffic in 2022 and implies a strong recovery in active fleet and aircraft utilizations. Scenario 5, the upside scenario, projects an even quicker recovery, driven by an acceleration in the drivers mentioned above.

Looking at recent passenger traffic data (using the industry standard revenue per kilometer, RPKs), IATA report that June 2021 was down 60.1% versus 2019, which is a 2% improvement over May and a positive sign in the return of traffic, albeit slow. It also shows that the Scenario 4 baseline, which projected -61.8% on a global basis, remains a sound hypothesis for now.

The passenger fleet in service is increasing slightly ahead of the baseline scenario, however it is still smaller than the fleet in service in December 2019 and the aircraft utilizations remain lower than hypothesized. This means that the passenger jet surplus remains significant in Scenario 4 through 2023, around 1,000 aircraft. There’s potential upside for OEMs in Scenario 5 as surplus aircraft could be full absorbed before the end of 2022.

The trend is going in the right direction for aircraft delivery rates with the Boeing 737 Max and Airbus shipments driving high June and July delivery rates. The 787 is an interesting case at the moment suffering from build quality issues, which is impacting the near-term delivery volumes. 53 787 deliveries were made in 2020 and 14 deliveries in 2021 by the end of July. Deliveries were suspended between November 2020 and February 2021 and stopped again in May as investigations into the issue continue. Cirium data shows that Boeing has 90 pre-built 787s now awaiting delivery from Everett and Charleston.

Aircraft orders are improving for 2021 with 245 net orders for Airbus and Boeing in total at the end of July. That compares with -230 for the whole of 2020. June 2021 turned out to be the best month for orders since the pandemic, driven by the big United Airlines deal.

There are more deals coming through due to favourable conditions presented by the pandemic, for example Condor announced an order of upto 16 Airbus A330neos just recently, with deliveries expected from late next year.

Deferrals and slowing production rates are mitigating the impact of the pandemic on Airbus and Boeing’s firm backlog.

In the single-aisle sector, operators are restoring their more fuel-efficient fleets to service, including the new-gen A320 variants—with only a few of these idle, for example only 7% of the A320neo are idle. The 737 Max is gradually being restored, with 41% of the fleet idle.

The 737 Max is steadily returning to service

Since the restart of the Boeing 737 Max in December 2020, Boeing has delivered 145 commercial 737 Max aircraft. The majority of these (84 aircraft) were to North American airlines.

European Max deliveries are beginning to rise, however there have been few made so far to the Asia-Pacific – just three aircraft. Within the region China is a key market for the Max, with roughly a third of the 290 undelivered aircraft earmarked for delivery to Chinese carriers. Boeing remains confident that the China aviation regulator will recertificate the Max by the end of 2021.

The Max orderbook has been reduced by 429 aircraft since the grounding began but there is still risk of around 20% or more of backlog due to the ASC606.

Yet, the number of Max aircraft being tracked in service is steadily rising – although the partial grounding in Q2 2021 after wiring issues were identified created a temporary decline in numbers – with a total of over 270 aircraft tracked globally on July 25, 2021.

Cirium data shows that airlines are starting to reap the benefits of the younger and more efficient aircraft such as the Max. Southwest Airlines’ Max utilization is 0.4 hours greater than its 737NG fleet.

Volumes of aircraft transactions are yet to show meaningful increase

There is lots of anecdote in the market today that aircraft trading has once again resumed and this is reported to be imparting positive pressure on asset values. However, so far this year Cirium’s data shows that aircraft transactions haven’t significantly increased, contrary to this speculation in the industry. There was an increase in Sale & Leaseback activity after the start of the pandemic, but that has slowed again, and no significant increases have happened since.

When considering stored aircraft, only 11% of single aisles (excluding the 737 Max) under the age of 10 remain in storage, but a quarter of those aged 10 to 20 years are parked. In terms of twin-aisles younger aircraft are returning to service but half of the 10- to 20-year-old aircraft remain parked, so there remains a lot of supply out there.

New leases and lease extensions for single-aisle aircraft are showing signs of recovery in 2021, but twin-aisle recovery is less evident.

Over the past 12 months, lessor-used aircraft availability has doubled, but the availability for single-aisle aircraft has plateaued since April 2021. However, twin-aisle inventory growth continues – with 150 twin-aisles presently off-lease and looking to be placed.

The Sale and Leaseback market is once again as competitive as 2019 and lease rates factors in the 0.55-0.6% region are becoming increasingly common again. Lease rates have stayed broadly constant, but aircraft trading prices have increased. This is to some extent a reflection of lessor confidence in market recovery but also a sign of excess capital chasing limited deals.

This is a metric of strong demand, but it is finance demand and it’s not real airline demand yet.

The market segments that are heated are ones trading aircraft with medium-to-long term cash flows.

Several metrics will need to improve for CMVs to increase again

Market values will once again start to increase when the availability of used unencumbered aircraft decreases. Which means that the stored fleet inventory needs to reduce, and the advertised aircraft volumes need to come down.

For Lease rates to increase we need to see the elimination of widespread power-by-the-hour (PBH) terms. Lessors need to be able to confidently place a used aircraft on a new lease without having to compromise so much on credit quality or other lease conditions.

The most critical event needed is for demand for used serviceable material (USM) – effectively part-out – to return to support values of older used aircraft with no lease. The current USM inventory needs to be cleared and the liquidation of aircraft under existing consignment agreements between lessors and part-out companies needs to take place. This is so end-of-life traders can start buying more aircraft for cash again.

The Ascend by Cirium team believe that the single-aisle lease rates bottomed out at the end of 2020. Some of the PBH concessions are expiring and some lessors have signed new leases without a PBH up front.

The team last reduced single-aisle market values in February 2021 and ongoing analysis shows A320neo and 737 Max values have stabilized and bottomed out, with a potential upside for the Max. It’s projected that further decline of the 737NG and A320ceo values will not be seen.

Twin-aisle values for some types remain on watch, although A330 and 777s are stabilizing at low levels. The lease rates of twin-aisles have bottomed out, apart from the 787, which remains on watch.

Ascend by Cirium predict that the part-out market will start picking up gradually in Q4 2021.

Click here to view the on demand Cirium LIVE: Market status and recovery outlook and the slides presented.

*A CMV is defined by ISTAT as pertaining to an aircraft with no lease attached.