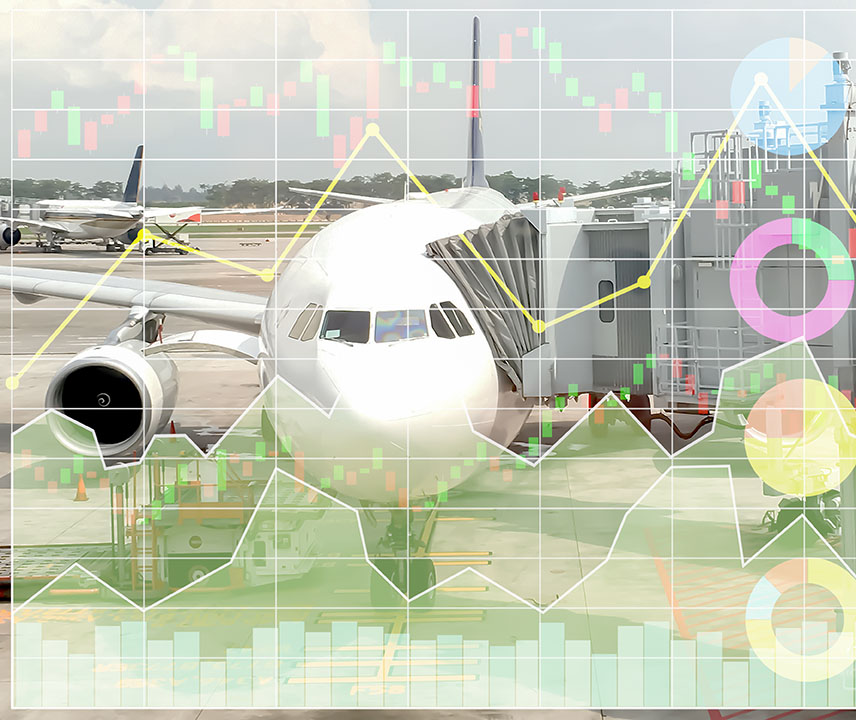 Will aircraft prices (and by association values) increase in line with US dollar inflation?

The US reported 8.6% annual inflation in May based on CPI. That means that over the past year the price of various goods and services in the US have increased by an average of 8.6%. While we know that not all goods and services experience the same price changes, we are of course most concerned about what this means for values of the globetrotting asset famously priced in US dollars: the commercial aircraft. Will aircraft prices (and by association values) increase in line with US dollar inflation?

Inflation has been increasing recently across many major markets. For example, Europe has seen similar inflation to the US at around 8%. So if prices are generally increasing globally, should prices of aircraft also increase in line with the trends? It is not so simple as that of course, because there is another key factor at play: currency exchange rates. While prices in local currencies have been increasing, the values of nearly all major currencies have fallen against the US dollar in the same period. This has made US dollar assets relatively even more expensive in local currencies.

The below chart shows that, for many major international markets, the US dollar equivalent prices have actually decreased.  For example, Europe has experienced an 8% inflation rate, but the Euro has fallen in value against the US dollar by 12% in the past year. With Europeans now used to prices being 8% higher in Euros and translating that price increase to a US dollar figure, then the US dollar price has actually reduced by 5%. It’s clear that a European airline with most of their costs and revenues in Euros will not be willing to pay an 8.6% increase on the US dollar price, which would be close to a 21% increase in the Euro price.

Another interesting example is Saudi Arabia, whose currency is pegged to the US dollar, but experienced only 2.2% inflation. If all prices in all markets moved together, we would see Saudi inflation match that of the US. This demonstrates the downside of applying too much weight on one country’s CPI metric in a global context. However, CPI will have a direct causation on aircraft values in some instances: such as the delivery prices of new aircraft. Commercial aircraft contracts typically contain escalation clauses linked to inflation related metrics such as cost of material and labor. While annual price escalation is usually capped around 3%, many contracts also have a hyperinflation clause whereby the cap could be invalid if inflation exceeds certain levels. We understand that some new aircraft delivered are already affected by this. The result is that new aircraft prices experience upward pressure as pricing of new supply increases. Whether any new value increases can “trickle down” to aircraft values for out of production types (such as the A320ceos and 737 NGs), or indeed used examples of in production types, remains to be seen.

Ascend’s Market Values are based on empirical evidence observed from transaction-related activity in the market. The past few months have seen Market Value increases for some aircraft types, but it is more a result of the recovery of the aviation sector, rather than any US dollar inflation. For secondary market aircraft transactions, supply and demand forces are expected to remain the key driver of value for some time yet.

on the fly: Will travel levels recover for the July 4th holiday?
on the fly: Delhi vs. Mumbai – which is India’s top airport?
Back to Thought Cloud