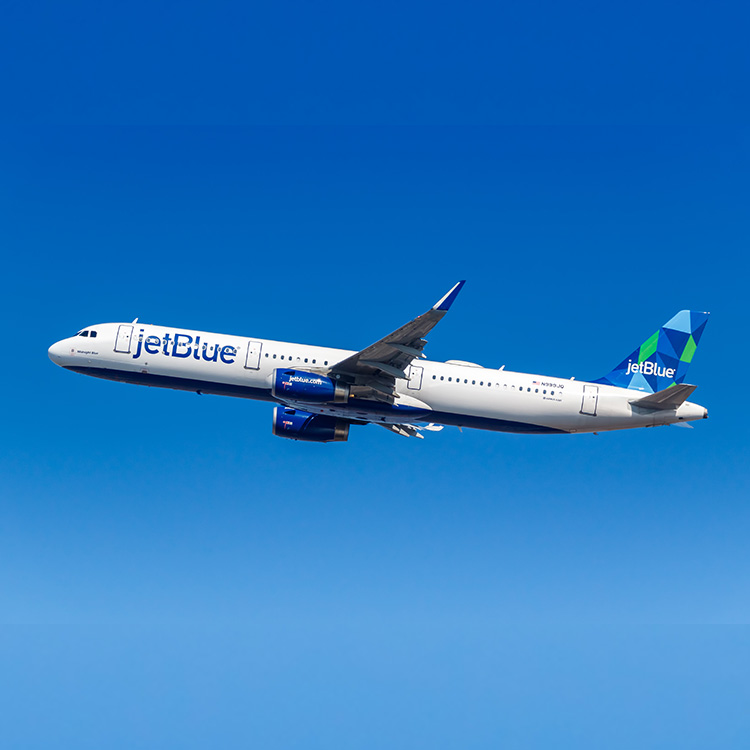 The merger will thus bring JetBlue closer to the top four US Majors, who between them have almost three quarters of fleet and seat capacity.

Spirit deal to consolidate JetBlue as fifth largest US fleet

Chris Seymour, Head of Market Analysis at Ascend by Cirium

The merger agreement between JetBlue and Spirit announced on July 28th represents a further consolidation in the US market. If approved, it will strengthen the position of JetBlue as the fifth largest US airline in terms of fleet.

Analysis of Cirium Fleets Analyzer data shows JetBlue currently has a 6% share of the in-service fleet (of passenger jets with 100+ seats) and by adding Spirit, the seventh largest fleet, this rises to 11%, with a combined 460 aircraft. On an aircraft seat-capacity basis, the increase is from a 7% to 10% share.

Back in February, it was Frontier Airlines which looked set to merge with Spirit in a $6.6 billion deal. This potential merger of the ninth and seventh largest fleets would have made it very similar in fleet size to JetBlue and have some 20% higher aircraft seat capacity, moving it to fifth place above JetBlue, Alaska and Allegiant.

However, this was not to be, as JetBlue came in with a rival bid in April and after a bidding war, Spirit shareholders voted for the JetBlue bid instead.

The merger will thus bring JetBlue closer to the top four US Majors, who between them have almost three quarters of fleet and seat capacity. Closest will be Southwest, which like JetBlue only operates single-aisles and has a 17% share of the fleet.

There is a synergy between the two carrier’s fleets, as Spirit’s 180 aircraft are all-Airbus A320 family and JetBlue has 214 A320 family and is taking A220s to replace its 60 E190s by mid-2025, which was recently accelerated by a year. In addition, there is engine synergy as both carriers have V2500s on their ceos and PW1100Gs on their neos.

Lessors currently have a 24% share of the JetBlue fleet and a higher 42% of Spirit’s which will result in a 31% share of the combined fleet.

Of the 19 lessors involved, AerCap has the largest exposure with 59 aircraft (leased into both carriers) followed by SMBC with 12.

Looking at the orders backlog, the 154 Spirit A320neo family and 63 JetBlue A321neos plus 88 A220s give the combined carrier the third largest single-aisle backlog, just ahead of Delta. Of the Spirit backlog, 37 are due to be leased from AerCap, Air Lease and SMBC.

Spirit already has the second youngest single-aisle fleet of the top 10 carriers (at 7.2 years) and JetBlue is close to the average (12.1 versus 12.9 years). Fleet renewal is underway, and the average age is set to reduce further as the E190s exit the fleet and older A320ceos are replaced by the neos.