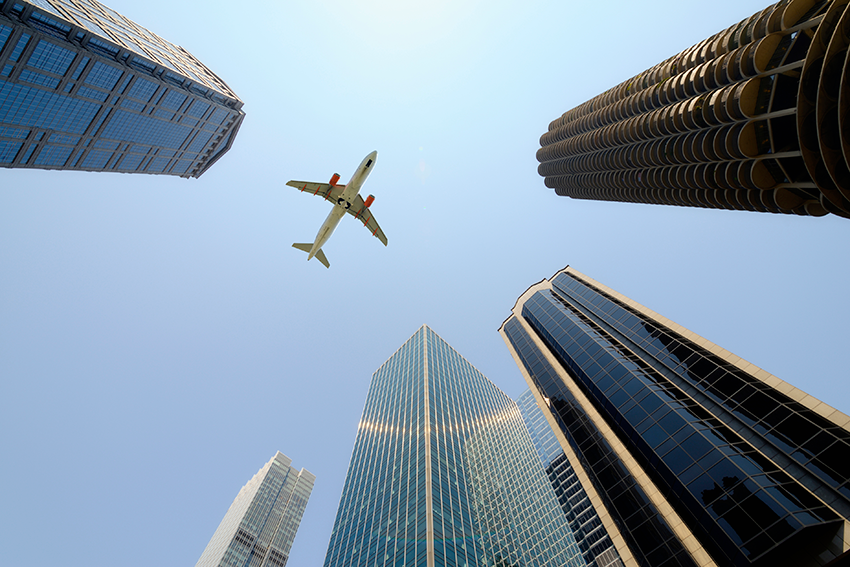 Rob Morris analyzes the increasing importance of operating lessors as airlines seek to build fleets of next generation aircraft through the emerging demand recovery cycle and in the face of limited new aircraft slot availability.

by Rob Morris – Global Head of Consultancy, at Ascend by Cirium

The recently announced deals from Air Europa and Condor to lease 10 737 Max 8s (and five 787-9s) from AerCap and 19 A320neo family aircraft from Air Lease, each for delivery beginning in 2024, illustrate the continued and increasing importance of operating lessors as airlines seek to build fleets of next generation aircraft through the emerging demand recovery cycle and in the face of limited new aircraft slot availability from Airbus and Boeing. We’ve also heard comments from lessor CEOs about continued market growth, as leasing powered through 50% market share globally in 2020 (measured as share of passenger single-aisle and twin-aisle aircraft managed by operating lessors, which I will term as commercial aircraft going forward, with apologies of course to all those interested in regional jets and / or turboprops) and increases still further. But what are the actual numbers and where is that growth occurring?

To set context, let’s head back to August 2007, some 15 years ago. With hindsight we now know that at that time we were just about at the peak of a short expansion cycle which began after the downturn precipitated by the events of 11 September 2001 and elongated by SARS. The Global Financial Crisis was just around the corner but by 2010 we were once again into recovery and a long and very strong expansion cycle which ended suddenly in 2020 but which was already slowing in 2019. In August 2007 our Cirium fleets data recorded some 13,972 commercial jets in service and stored globally. Of that total, 5,529 were managed by operating lessors, resulting in 40% market share. It’s interesting to also note that 46% of single-aisles were already managed by operating lessors, compared to only 26% for twin-aisles.

The airline and operating lessor landscape at that time is interesting. The data recorded a total of 699 airlines, of which some 227 leased no aircraft at all. However, those 227 airlines covered only 6% of the overall fleet. Another 57 leased less than 25% of their fleet, with a further 98 leasing less than 50%. So overall back in 2007 there were actually 45% of all airlines globally which were already leasing more than 50% of their fleet. To finish off the airline picture, the largest 10 airlines at that time were leasing 652 of their total 3,833 aircraft, that’s 17% penetration for leasing.

To finish 2007, the lessor landscape was becoming increasingly competitive. The data records 133 lessors in total, with 118 managing at least one or more single-aisle aircraft. There were only actually 11 lessors managing portfolios of 100 or more commercial aircraft, with the largest two at that time being GECAS with 1,185 and ILFC with 977.

Fast forward to August 2022 and how things have changed. The global commercial fleet has increased by some 64% and now stands at 22,877 units. Meantime, the global leasing portfolio has more than doubled and is now 11,750, representing a 51% market share (if I were in marketing mode I may add a decimal place and make that 51.4%). That means that over the last 15 years leasing’s market penetration has grown by almost 12% points.

However, over that time we have seen lots of changes in the airline landscape. August 2022 now sees some 687 airlines recorded with one or more commercial aircraft, so marginally reduced over August 2007. But the flux within that population is massive, with 400 of the 699 from August 2007 no longer around and some 388 new names in today’s population (note for the purposes of this analysis I have simply treated each airline name as an individual airline, so for example Ryanair, Ryanair UK, Buzz, Malta Air and Lauda Europe are counted as five airlines; airline names changes will also be treated as no longer around and new). So while there has been lots of changes to the potential leasing customers, the overall population is about the same size.

Summing that up and doing the arithmetic tells us that today we have 55% of airlines globally with more than 50% of their fleet leased, which is 10% points more than 15 years ago. Likewise in the top 10, we now have 1,904 aircraft leased from a fleet of 5,923. That’s 32% penetration for leasing in the top ten airlines, a 15% point increase over 2007.

At this point I will digress marginally to note that the top 10 includes the aforementioned Ryanair, and if we sum the fleet across the entire group we have 483 Boeing 737-800s and Max 8-200s, of which none are leased. By contrast Lauda Europe is leasing all 29 of its A320 aircraft.

Back to the main point and before I conclude, a quick look at the leasing landscape today. The count of 133 lessors from 2007 has grown to 167, with 153 managing one or more single-aisle. So as market share has grown, so the population of competitors has too. The two largest names are of course both different with AerCap (of course incorporating 2007’s largest two GECAS and ILFC, and now recorded as 1,732 commercial aircraft) and Avolon (588). However, the population of lessors with 100 or more commercial aircraft has now increased to 29, with 11 of those managing 250 or more aircraft.

Clearly as commercial aviation has expanded since 2007, leasing has grown ahead of it. And to return to where I started, lessors have valuable new aircraft slots available in the near-term which OEMs do not. Plus lessors also have more efficient capital available to them moving forward which they can use to finance airline deliveries through purchase and leaseback, in addition to their own orderbook slots. Which means that going forward, we might expect to see leasing share continue to increase further over the next 15 years, as we have seen over the past 15.

US majors take top spot while low-cost carriers rise up the Cirium Global Airline Rankings
on the fly: How have the world’s largest airlines grown since the pandemic?
Back to Thought Cloud