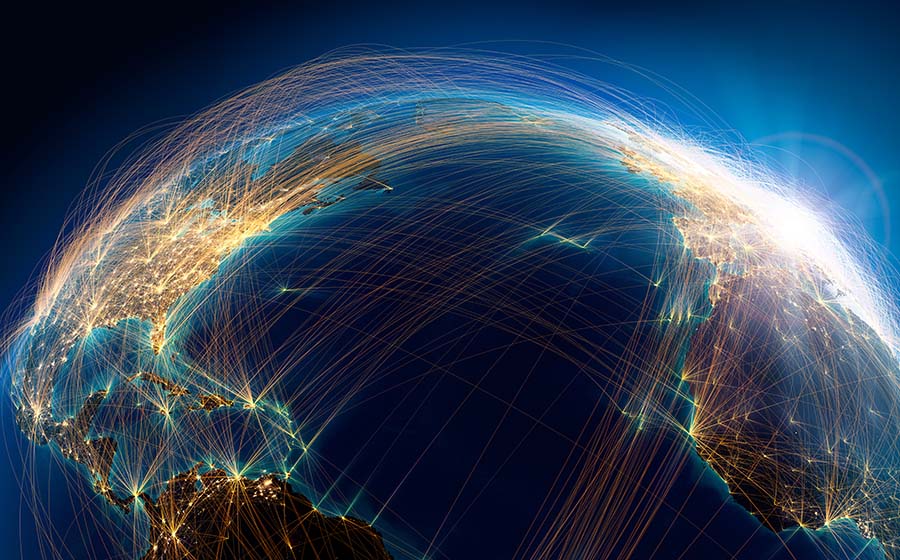 The North Atlantic route has always been the most important long-haul market in the world, with more flights and seats than any other long haul route area.

by Henk Ombelet, Head of advisory operations at Ascend by Cirium

The North Atlantic route has always been the most important long-haul market in the world, with more flights and seats than any other long haul route area. After the COVID-19 pandemic, it is also the long-haul route that has recovered fastest, running at around 85% of the 2019 capacity in terms of number of flights.

It has benefitted from both the US and European borders opening up relatively rapidly, and allowing foreign tourism without too many requirements, whereas Asia has typically been slower in opening markets, and some key markets such as China are still effectively closed.

But have there been any changes in the structure of the market so far?

The chart below shows the number of seats per flight on the x-axis, and the cumulative number of flights on the y-axis. Up to about 200 seats are narrowbody aircraft, above that are typically widebody aircraft, although there is some overlap with the smallest Boeing 767 and the largest Boeing 757 that fly across the Atlantic. But what can clearly be seen is that in August 2019 only 6% of flights had fewer than 200 seats, while in August 2022 this had more than doubled to 13%.

At the other end of the spectrum, the A380 has so far only made a comeback on the Atlantic with British Airways, who is using it more on this route than in 2019 to fill the surging demand and to cope with restrictions imposed by airports.

In August 2022 there are 227 routes operated between Western Europe and the US, down from 332 in August 2019. Virtually all the routes that were dropped were low frequency route, less than daily. Of course, the demise of Norwegian removed 20 routes from the system, and successor Norse hasn’t got the reach of Norwegian yet.

Some of the high frequency routes have lost flights, as airlines try to cope with the restrictions that airports have put in place and their own operational constraints. The best way for airlines to deal with this is to keep the reach of the network intact as much as possible, but reduce frequencies and busy city-pairs, possibly augmented by using larger aircraft. On Heathrow to JFK, the busiest transatlantic route, both Virgin Atlantic and British Airways reduced flights. This route also saw a new entrant, with JetBlue starting A321neo narrowbody flights.

Of the ten busiest routes, only two routes increased frequency. CDG to JFK, where Air France removed its A380 and 787 services, and replaced them with more 777-300ER flights, and LHR to SFO, where United Airlines added a daily flight.

Overall, the number of daily frequencies per route has remained the same, but the spread has become smaller, with the most frequent routes losing flights, and the most infrequent routes being scrapped altogether.

Cirium adds former airline c-suite leaders to airline and airport On-Time Performance Board
on the fly: Which US airports have the most post-pandemic growth?
Back to Thought Cloud