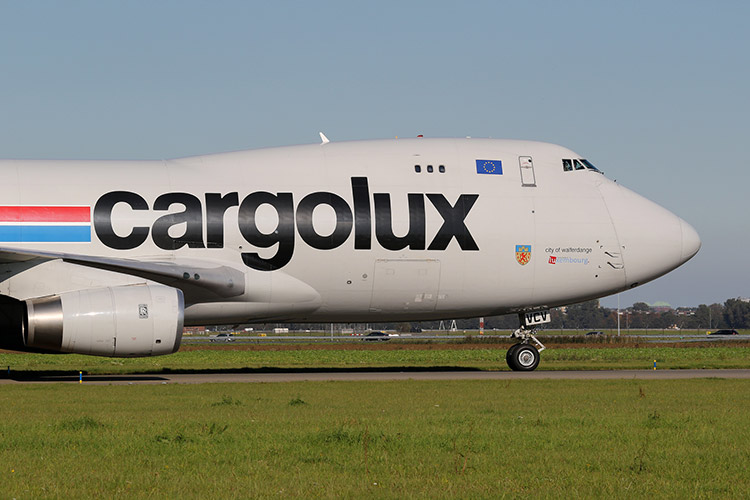 Analysis: Cargo solace in a bleak year for European airlines

James Mellon reports on how the pandemic has prompted many airlines to focus on cargo revenue. With data research by Silva Ishak.

Passenger traffic sank to record low levels in 2020 due to the COVID-19 pandemic, driving many cash-strapped airlines to expand or launch air freight operations as a means of generating revenue. Many passenger airlines had traditionally viewed cargo as a supplemental revenue source, but it became a relative bright spot in an otherwise bleak year for companies that could meet the demand for air freight amid the global shortage of cargo capacity.

In this Data Insight piece, we review how European airlines fared in 2020, with Cirium data showcasing the top 25 airlines ranked by the most freight tonne-kilometres (FTKs) flown during the year.

Industry body IATA reported that the FTKs accumulated by European airlines were down 16% in 2020 compared with 2019, as carriers usually transport half of the world’s air freight in the belly of passenger aircraft. The grounding of thousands of passenger aircraft worldwide caused cargo capacity to plunge while demand for air freight continued. This led to a reversal of fortunes for cargo airlines in 2020 compared with the global slump in demand for air freight between 2017 and 2019.

Despite 2020’s harsh operating environment, European airlines mitigated their losses by carrying cargo, and in some cases cargo performance surpassed the levels of previous years. The top 25 airlines feature some not normally renowned for carrying cargo.

As a long-haul passenger airline, Virgin Atlantic has been severely impacted by the pandemic. However, the 26% decrease in FTKs could have been greater were it not for the introduction of flights to destinations closer to home. Previously, cargo in the holds of Virgin Atlantic’s passenger aircraft would be flown over greater distances to destinations in Africa, Asia and North America. Cirium’s Tracked Utilization data shows that from May 2020 onwards, 227 flights were operated to European destinations including Brussels, Dublin and Milan Malpensa. Virgin’s drop in FTKs could be attributed to the shorter sectors flown.

A further reason why Virgin’s FTKs could have dropped is the reduction in available cargo-carrying capacity. The remaining examples of two older aircraft types, both of which had significant cargo hold capacity, were retired. The last three Airbus A340-600s were removed first, and later in the year the fleet of seven Boeing 747-400s were retired prematurely. As a result, Cirium Fleets Analyser shows that Virgin began 2020 with a fleet of 45 aircraft which was reduced to 38 by the end of the year.

Finnair saw a substantial drop to their FTKs compared with 2019, one of 56%. Like many other European airlines, the Finnish flag carrier adapted to the new operating environment, and utilised their existing assets and infrastructure to their advantage.

Finnair’s established route network connecting destinations in Asia to Europe was ideal for the transportation of cargo, including PPE.

Vaccines requiring storage at cool temperatures could be handled through the airline’s Nordic cargo terminal at its Helsinki hub.

To meet the increasing demand for capacity, passenger seats were removed from three Airbus A330-300s, allowing them to carry cargo in the cabin. Cirium’s tracked-utilisation data shows that 30% of Finnair’s flights to China during 2020 were operated by these three aircraft from the 24-strong widebody fleet of A330s and A350s.

Russia’s location between Europe and Asia is ideal for airlines to operate between both continents, and could be a reason why six Russian carriers feature in our top 25, more than any other nation.

Leisure carrier Nordwind Airlines has historically had low FTKs, as its primary focus is passenger flights to tourist destinations. Yet it ranks in the top 25 with the greatest year-on-year percentage increase: 404%. Of the flights that Nordwind operated from China during 2020, Cirium’s tracked-utilisation data shows that 38% of those flights were operated direct to 28 destinations in 17 countries not including Russia.

Despite durable demand for dedicated cargo aircraft, capacity constraints brought a reduction to Volga-Dnepr Group’s. UK subsidiary CargoLogicAir temporarily suspended operations for several weeks during March and April 2020. Just prior to the suspension the airline had four Boeing 747s, and it restarted operations with two. The main outsize cargo airline grounded its fleet of a dozen Antonov An-124s during the last few weeks of 2020, after one was involved in an incident at Novosibirsk on 13 November.

Volga-Dnepr put the type back in service in late December, with aircraft gradually returning to operation during 2021 after technical inspections had taken place. Cirium’s monthly traffic data reveals that from a low of 4 million FTKs in December 2020, Volga-Dnepr Airlines’ monthly FTKs climbed to 32 million in June 2021 as the in-service fleet gradually grew.

As travel restrictions have eased across the continent, Cirium data shows that the number of aircraft being flown by European operators has more than doubled since May. Despite this, the data suggests that the number of aircraft reintroduced to service has now slowed, and that it is the smaller aircraft types that are being reintroduced by airlines on short-haul routes first, as such traffic is returning faster than long-haul. This incremental increase means it will still take some time before cargo capacity regains pre-pandemic levels.

The greater emphasis airlines have placed on cargo has resulted in a large increase in cargo operating revenues. IATA has stated that cargo generated over 35% of airline revenues in 2020, compared with 10-15% before the pandemic, and that cargo is set to contribute approximately 30% of operating revenues in 2021. With uncertainties surrounding how airlines can generate revenue in future, particularly if business travel demand stays soft, passenger airlines now view cargo as playing a larger role. It looks like cargo will continue to be a bright spot for airlines for a while longer.

Cirium Dashboard is the single source of information, to provide a vision of the entire aviation landscape.