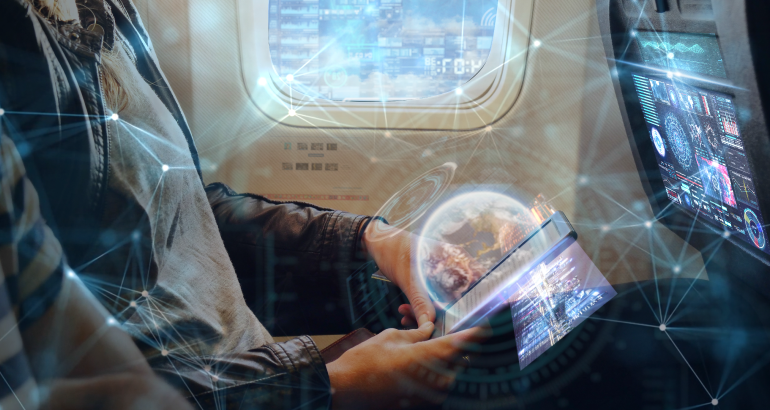 Outlook for the aircraft interiors and retrofit market

Andrew Doyle (Market Development Director at Cirium), Rob Morris, (Global Head of Consultancy, Ascend by Cirium) and Gary Weissel (Managing Officer, Tronos Aviation Consulting) present an outlook of the aviation market and the impact on the aircraft interiors sector. Our analysis comes from the Aircraft Interiors  Expo webinar that took place on the 17th June 2020, you can choose to listen to the recording here.

How will the world plan for global recovery scenarios?

Rob Morris outlines three possible recovery scenarios constructed by Ascend by Cirium, S1 (two-year), S2 (v-shaped) and S3 (four-year). Rob states that current traffic and capacity data indicates that we are tracking towards S3 with a four-year overall recovery plan. Core factors affecting this scenario include the global recession continuing into 2021, with slow economic recovery beginning in the second half of 2021. Domestic travel restrictions are expected to ease gradually, although international agreements will likely take longer to be introduced. Although the prior factors will drive a slower return of passenger demand, initial increases will be led by domestic and regional markets including China, Southeast Asia, USA and Canada. Asked about the differing paces of return for leisure and business passenger travel, Morris states the answer is purely speculative. Confidence in the market is a core issue and the industry needs to convince people that this proximity-born disease is not transmitted any more frequently on an aircraft than in any other form of society. Rob states that social distancing and commercial aircraft are mutually incompatible. He goes further to say that the price of travel that we accept today is based upon seat mile economics that require typically high density. Rob concludes on this point by saying the reality is that we are not going to find distancing to be a solution to this market challenge.

A potential result of this reduction in demand will likely be an increase in airline exits for markets around the world. An impact of this could be a large surplus fleet in 2021 and 2022 with this scenario leading to roughly 750 airliner retirements a year, some 350 or so more than expected in a typical year. The breakdown of these aircraft will likely be the less fuel efficient types, such as the 737 Classic, early versions of the 737NG, early model A320 aircraft, any four engine jets with the possible exception of the Emirates A380 fleet and early variants of the 777 and A330 families.

The immediate impact of Covid-19 on the cabin retrofit market saw an abrupt halt of activity at the end of March. Suppliers are reporting that existing programs have been placed on hold or cancelled as airlines are in survival mode. Gary states that after major industry impacts such as 9/11 or the 2008 global recession, it became clear that cabin retrofits were discretionary spending. After the 2008 market crash he states that it took roughly five years to see the interiors boom come back. “Airlines are less likely to upgrade seats as their focus will be on operational requirements,” he says. Gary further adds it is likely that we will see a 60% drop in aircraft interiors spend from the original 2020 forecast, down from over $6 billion to below $3 billion.  Signs of major recovery in the interiors market will not be seen until 2023 and the projected figures are still down on forecasts for that year pre Covid-19. Overall, between 2020 and 2025 there is expected to be a 35% reduction – equivalent to roughly $14.5 billion – in spending in the retrofit market.  The breakdown of spend by major interior components over the next five years is predicted to be split 43% on seats, 20% IFEC, 10%, softgoods, 8% galleys, 7% lavatories, 5% inserts, 5% lighting and 2% stowage.

Cirium can help you stay ahead of the curve by understanding the overall market breakdown of the global fleet. Our datasets go into further detail on the interiors market with information on OEM seat & IFEC providers. In combination with data on MRO providers, lease-end dates and provider by aircraft MSN, you can begin to formulate a clear commercial focus for your cabin refit strategy.