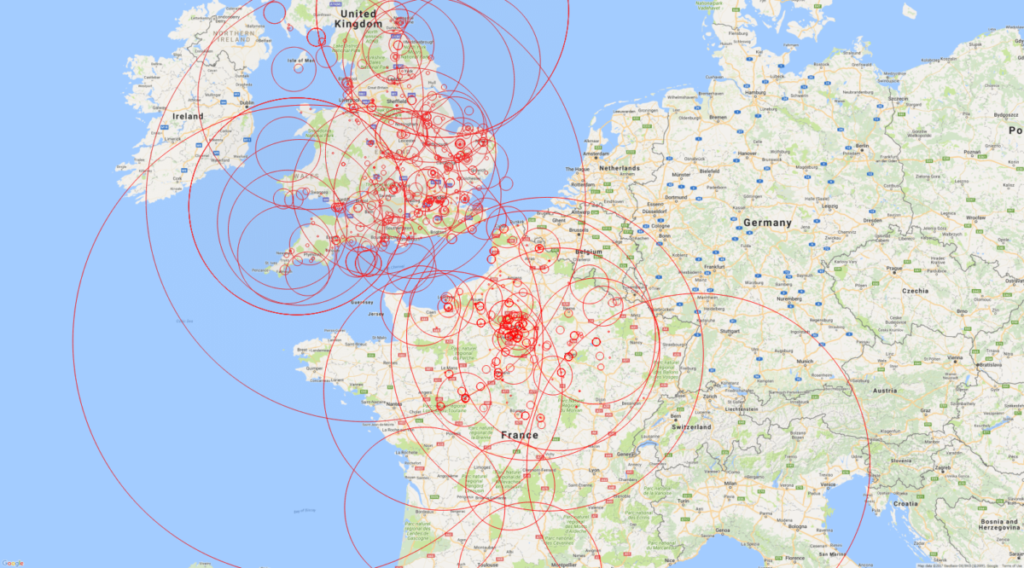 The Top 7 Things You Need to Know About NOTAMs

Having landed here you may be a seasoned AvGeek who already knows everything there is to know about NOTAMs and you’re interested in someone else’s take on the topic. Maybe you’re a new drone owner and you’ve realized that you need to access “NOTAM” data in order to fly your shiny new toy safely. Or perhaps you’re an aviation enthusiast wanting to grow your aviation data knowledge. We’re all here to read about the same thing: NOTAMs. What are they? What is considered a NOTAM? How do you access them? Who uses them? What is a NOTAM?

A NOTAM is the abbreviated name for ‘A Notice to Airmen.’ According to the FAA, a NOTAM is a notice containing information (not known sufficiently in advance to publicize by other means) concerning the establishment, condition, or change in any component (facility, service, procedure of, or hazard in the National Airspace System) the timely knowledge of which is essential to personnel concerned with flight operations. Basically, a NOTAM is a notification from an official body alerting airspace users to hazards along their route, both in the air and on the ground. This could be a closed taxiway, a notification about construction cranes or maintenance on a navigation aid. There are a number of different types of NOTAMs, which are detailed below.

What are the different types of NOTAMs?

Pilots are required to review all NOTAMs affecting their flight route before take-off.

NOTAMs are a part of a pilot’s Flight Bag, which is a set of documents pilots are required to have before their aircraft sets off on its planned route (it also includes various operating manuals, navigational charts etc).

How do NOTAMs apply to Navigational Charts?

When it comes to navigation there are many different types of charts/procedures that are used by and published for pilots. Examples include Terminal Area Charts, Sectional Charts, Departure Procedures, Standard Terminal Arrivals, En Route Low Altitude, En Route High Altitude and Instrument approach plates to name just a few. They are usually published on a 28 day cycle and changes are incorporated into newly published charts. However, there are times when issues occur that must be relayed to the users of these products immediately. They are often safety related and can include changes to routes, altitudes, speeds, obstructions, etc (anything published on the chart). When this happens a NOTAM is issued. Most of the time it is an FDC NOTAM because it is regulatory in nature, making a change to a published piece of information.

Take for example the Instrument Approach Procedure at KORD (correct at the time of writing):

The image to the right shows RNAV (GPS) RWY 27R approach for Chicago O’Hare Airport. The yellow oval highlights the required visibility a pilot needs to land on the Runway (2400 feet visibility. They drop the last two zeroes)

As mentioned, the approach plate is current at time of writing, meaning that it can be legally used for navigation. However, there is a change to the required visibility which is also currently published by the FAA via an FDC NOTAM:

Notice the approach procedure below, this NOTAM changes the required visibility from 2400 feet to the new visibility of 1800 feet. The end date is PERM (permanent). This means that the change to the procedures is permanent and once a new chart is published on July 28, 2017 (highlighted via the green box on the KORD approach plate), it will be published on the approach plate, at which point there will no longer be a need for the FDC NOTAM to be published through the NOTAM manager.

NOTAMs such as runway obstructions, closed airspaces etc are submitted by the relevant authority (i.e. aerodrome, ANSP, military or Aviation Authority). The general public cannot submit the official NOTAM, instead they can advise the local Flight Service Station (FSS) of a special event. An example would be skydiving. A local skydiving company would call the FSS and notify them of the time and location of the skydiving activity. From there the FSS would issue the “official” NOTAM. They can also submit a NOTAM if they believe it can affect pilots’ flight paths (e.g. model rocket launches, kite flying etc) to a country’s Aviation Authority who will then review it and officially issue a NOTAM, which will affect flights in that Aviation Authority’s airspace.

When is a NOTAM issued?

NOTAMs are created and promulgated at any time when the responsible authority deems them necessary and appropriate and have an expiry time of 3 months… In the US, the FAA Federal NOTAM System (FNS) publishes worldwide NOTAM data. Authorized administrators (usually Air Traffic Control) can publish their NOTAMs via the FAA NOTAM Manager, a web-based user interface application that enables publishers to manage their NOTAMs, which can be accessed by NOTAM Manager users (following an approval process).

What does a NOTAM look like and how do you decode one?

The Series is one letter A-Z, the number is a four digit number that starts from 0001 and increases consecutively for each series. Each one of these resets at the beginning of the year, meaning that on the 1st of January each series will have a 0001 NOTAM.

The the right is an example NOTAM that was in effect from July 1st-17th, showing a flight restriction around London during the Wimbledon tennis Championship. (Below is what it decodes to.)

Where can I find NOTAM data?

How do we approach aviation asset values in a time of crisis?
INDUSTRY TRENDS: COVID-19 impact on US airlines and outlook for recovery
Back to Thought Cloud