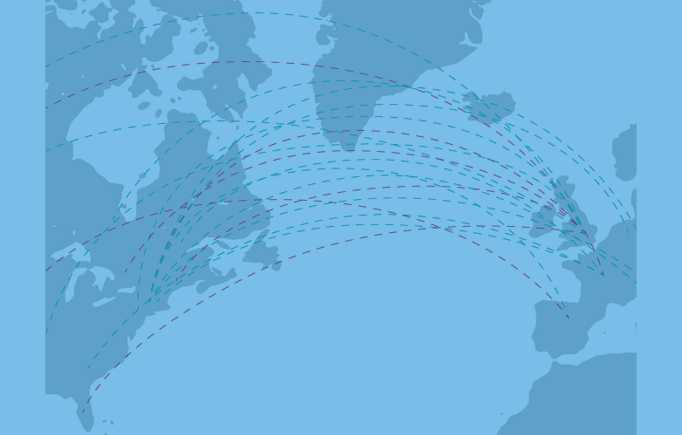 on the fly: What are the busiest North Atlantic routes this summer?

What are the busiest North Atlantic routes this summer?

Peak season for transatlantic travel is now underway. For the three-month period between June and August this year, airlines have scheduled roughly 57,000 flights from North America (US, Canada, and Mexico) to Europe. That’s up from just 22,000 flights last summer but still 11% fewer than offered during the same three months of 2019, prior to the COVID-19 crisis. If measured by total seats or total ASMs, the decline is similar.

Some routes will be significantly busier this summer than even before the crisis including Newark-London, New York JFK to both Paris and Frankfurt, and San Francisco to London. This year’s transatlantic trends are also shaped by major changes to the competitive landscape. JetBlue, for example, is now a major player in the New York and Boston to London markets. On the other hand, Norwegian, which sold nearly 2,000 transatlantic flights last summer, is no longer around. Alitalia has gone too, and even counting its successor ITA, its flights are down by almost half from three summers ago.

Air France/KLM will increase its presence across the North Atlantic this year, with new flights like Amsterdam to Austin and Paris to both Denver and Quebec City. Air France in particular, is increasing frequencies significantly, substituting smaller planes where A380s once flew. Air France/KLM’s chief rivals, however, including British Airways/IAG, the Lufthansa Group and the US Big Three (United, Delta and American) are all down by double digits in scheduled transatlantic flights this summer, vs. 2019. Virgin Atlantic and Canada’s Air Transat are also seeing similar trends.

Turkish Airlines however will grow by double digits across the North Atlantic, with new Istanbul flights to Dallas-Fort Worth and Seattle. Other airlines with a larger post-crisis footprint include SAS, TAP Air Portugal, WestJet, TUI and Finnair. This is also evident for some individual IAG subsidiaries as well, namely Iberia and Aer Lingus.

As Gulf carriers such as Emirates evolve their strategies to increase operations to European destinations, it will be interesting to see how this will further change the nature of transatlantic routes.

NEXT WEEK: What are Japan’s largest foreign airline markets?