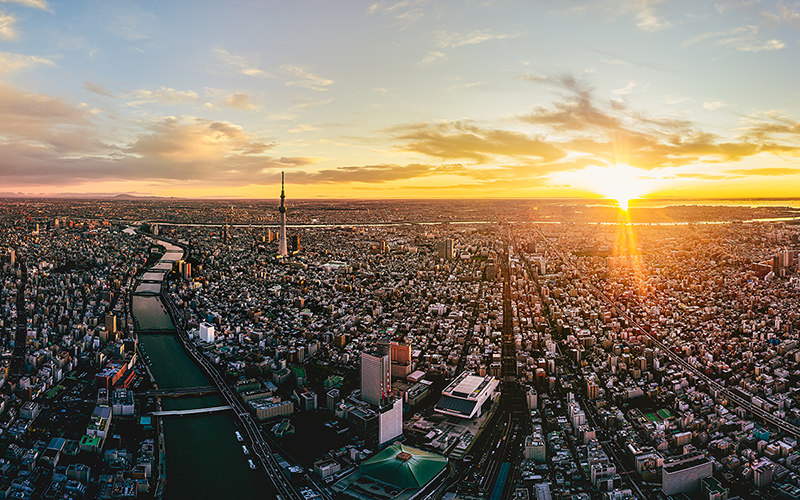 Looking beyond the Tokyo 2020 Olympic Games

In this analysis, Joanna Lu, Head of Consultancy Asia at Ascend by Cirium, together with James Chew and Kanishka Chatterjee, Business Solutions Consultants at Cirium, uncover data insights from the Cirium Core.

Over a year ago, the world was faced with the threat of a pandemic, which saw many borders closing and air travel come to a halt. The Tokyo 2020 Olympic Games postponed for a year, is now scheduled to kick-off on July 23, 2021. With an evolving COVID-19 situation in Japan and the up-coming Games, how can the aviation industry plan and prepare with such uncertainties?

By many standards, the Tokyo 2020 Olympic Games beleaguered by COVID-19 is hardly typical compared to historical Games – which are premier events on the global sporting calendar, rivaled possibly only by the FIFA World Cup. In previous Olympic Games, the host country benefits from a massive tourism boost with visitors from around the world – athletes, organizers, fans and sponsors alike. This naturally translates to a spike in demand and fares as observed over the last event in Rio de Janeiro[1]..

In March 2021, the International Olympics Committee (IOC) announced that overseas spectators will be barred from attending the Games[2]. It was also reported that the number of visitors would be kept to below 90,00 visitors (including athletes), with the possibility of further cuts. This pales in comparison with pre-pandemic estimates of 611,000[3].

Japanese aviation insights beyond the Games

While the Olympic Games will not be making any impact to international traffic, data from the Cirium Core presents other Japanese aviation insights. Even though domestic traffic recovery in the country has been slow in comparison to other large domestic markets in Asia Pacific, Japan’s traffic trend is stable against volatile demands seen in other regional markets. This could be partly an indication that Japanese carriers are coping relatively well in managing capacity. Overall, the Japanese domestic market remains about 40% down compared to 2019.

A large number of widebody 777s were also put in storage since 2021, along with a decline of up to 51% in values of the newer 777-300ER since 2021 – aligned to the decline of international traffic and use of widebody aircraft.

Overall, Japanese operator’s narrowbody passenger jets have been more resilient to the pandemic, and widebodies are seeing replacement with newer types.

On the cargo front, Japanese freighters tracked are running close to 2019 level. However, much of this growth in Japan’s cargo market is captured by foreign cargo carriers.

While trajectory of most observed metrics is positive, it is too early to judge its impacts as multiple factors serve as signposts to recovery outlook. These include rate of vaccine roll-outs which could enable accelerated removal of travel restrictions, appearance of new virus strains and further infection waves which will result in continued lockdowns.

[1]According to data from Cirium SRS Analyzer (FM Traffic), monthly fares indexed to the annual weighted average fare to account for seasonality

[2] Joint statement by the IOC, IPC, Tokyo 2020, Tokyo Metropolitan Government and the Government of Japan

Aviation industry recovery: the global and Japan market outlook as presented at Airline Economics Korea and Tokyo, held in April 2021
US travelers confident to return to skies, business travel poised for Fall comeback
Back to Thought Cloud