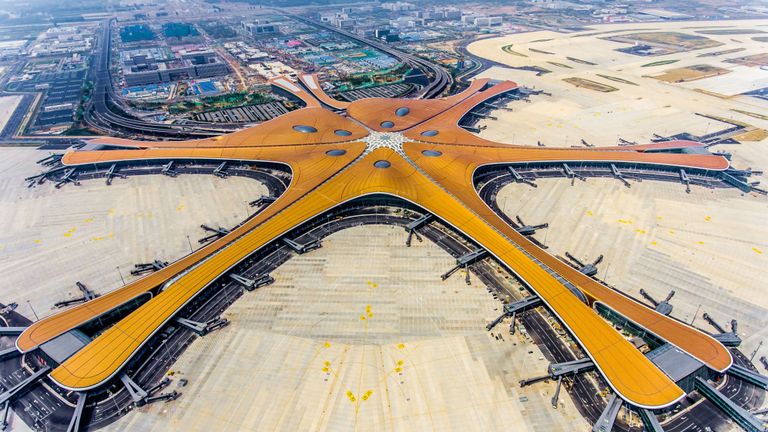 By Peter Morris Chief Economist at Ascend by Cirium

The Chinese economy has been booming since the 1980s and is expected to continue growing consistently above the world average in the long term, albeit at a slower rate. The increasing trade and tourism which are linked to GDP have driven spectacular growth in the demand for both domestic and international air travel. As a result, Chinese domestic airline seat capacity has grown by an average of 9% per annum over the past nine years. Passenger demand has grown even faster, resulting in the increase in seat load factor which has been around 10 percentage points over the period. According to Civil Aviation Administration of China (CAAC) statistics, passenger numbers have grown by an average of 12% annually over the same period.

While the Chinese “Big 3” airlines (Air China, China Southern and China Eastern) have expanded their operations, other airlines and new entrants have expanded at a faster rate. Total domestic seat capacity has more than doubled over nine years, with a similar rise in the number of airlines operating. Although the Big 3 have significant advantages of scale and access to international traffic, they have seen a reduction of their capacity market share on domestic routes from almost 59% to 41% in 2019. The four next largest airlines account for around 20% of the total in 2019.

The level of competition appears to have increased significantly, particularly on major routes/airports as shown in the second chart. On the top 40 domestic routes the number of airline competitors has risen from an average of around five in 2010 to seven this year, a feature that might cause more than one look of envy from US air travellers.

This level of competition has undoubtedly produced lower fares and more choice for passengers. At the same time there will be financial risk for those airlines which do not have the critical size or efficiency to compete effectively.

It must be noted that over a number of years, CAAC has upheld a policy to maintain an orderly process for market entry and expansion of airlines. The intention is to avoid a “boom/bust” resulting in overcapacity and poor business performance of airlines, which would undermine the sector. This also protects the business of existing licensed airlines. Some marginal carriers dependent on regional support could face financial difficulties in the future if they do not have a focussed enough business model, which needs to gain a critical level both of scale and operating efficiency. Some of the new entrants have even been able to expand into the international market, especially where the Big 3 might not wish to go. Although the annual domestic traffic growth rate driven by GDP has recently been slowing, the Belt and Road initiative provides an opportunity for a variety of Chinese carriers to seek to expand their international network in competition with foreign carriers. One example of this is the Tianjin Airlines service from Xi’an to London, a route which perhaps none of the Big 3 airlines intended to serve.

The number of Chinese airports has also increased, from 165 to 233 between 2009 and 2018. China has 160 cities with a population of over one million each (by comparison, the USA has 10). The point-to-point demand is expanding, and the hubs in Beijing, Shanghai, Guangzhou and Shenzhen are less geographically efficient for some of these markets. The origin-destination (OD) pairs offered have increased from 1,300 to 3,442 in the same period and have grown faster than either of the seats or flights. Interestingly this has led to an increase in the percentage of routes with only one airline operating (from 50% in 2010 to 60% in 2019). While that statistic might be considered as some element of monopolisation, perhaps a more convincing suggestion is that this is the result of new commercial initiatives, especially by new entrants and expanding airlines, that contribute to a more vibrant marketplace. The dramatic expansion of OD pairs tends to support this theory.

Although the Chinese airports and airlines have mostly focused on domestic capacity growth in the past 10 years, international capacity has also grown strongly in recent years. The second-tier airports have started to provide direct flights to Europe and/or North America. Chengdu, Xi’an, Kunming and Chongqing are some airports which have actively increased international capacity. From a market perspective, there are over 10 million residents in many of these second-tier cities and this number continues to increase. These show the huge potential of the market.

As an example, it is worth looking at the impact on airline domestic services at one secondary city, Xi’an, which has a current airport size in the region of 25 million passengers. If we look at the number of routes offered, and the number of competitors, both of the effects mentioned above can be seen. The total number of routes has grown by around 2.5 times, but the individual operator routes have grown by more than three times. At the same time, there are now 50 routes from Xi’an with three or more airline competitors.

The pattern of airline competition in China has become more intense over the last decade. There are now far more airlines, operating to an increasing number of airports. While the competition initially focused on connections to the hubs of the three major carriers, now we are seeing a spillover to many more secondary routes and on average more airlines competing on those routes.

In the case of one secondary city, Xi’an, the competition appears to have been more aggressive than across China on average, with up to 10 airlines competing on some routes in 2019. This emphasises that any airline looking to expand in China needs to target a degree of competitive advantage against the existing market players, if it is to be successful.

It will be interesting to see how this domestic market evolves in the future – whether it converges towards the US model of restrained competition, or continues to offer a highly competitive market range of services for Chinese domestic passengers.

4 steps for leveraging data to solve aviation problems
How is the Widebody Cargo Market performing?
Back to Thought Cloud