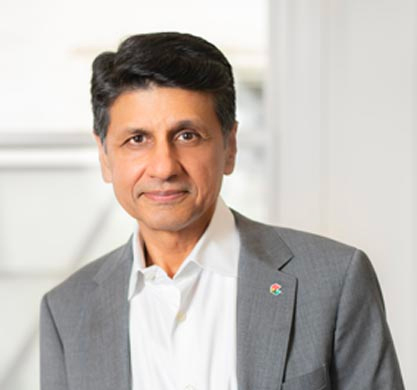 Sustainability has moved to the center of airline decision-making, influencing everything from investments to customer interaction.

It’s not the future anymore. It’s the present.

Airlines are making huge strides in becoming greener, even if often their efforts are unrecognized and under appreciated. The topic has moved to the center of airline decision-making, influencing everything from where the industry invests to how it interacts with customers. There’s no escaping the new reality: Airlines are all-in on a green future.

Last week, I saw this first-hand as I attended my first in-person conference since the pandemic began in early 2020. I was in Boston, where IATA held its 77th annual general meeting. There, the big topic was sustainability, and the big news an industry pledge to achieve net zero carbon emissions by 2050.

That goes well beyond ICAO’s Carbon Offsetting and Reduction Scheme for International Aviation (CORSIA), still an important program for stabilizing emissions in the short-to-medium term. Longer-term, sustainable aviation fuels will need to do much of the heavy lifting. Electric, hybrid and hydrogen propulsion will hopefully play a role as well. And governments, airports, air navigation service providers, energy companies, aircraft manufacturers and engine providers will need to play their part.

Make no mistake: Achieving net zero won’t be easy. Aviation is considered a “hard-to-abate” sector—there’s simply no getting around the present absence of economically viable mass-scale alternatives to oil-based jet fuel yet. There won’t be any Teslas in the sky anytime soon. What’s more, demand for air travel is expected to grow significantly in the coming decades. Flying is, after all, a service essential to the development of economies. IATA projects 10 billion people flying in 2050, implying 1.8 gigatons of carbon that must be abated in that year alone. Put another way, that’s 21.2 gigatons of carbon will need to be abated between now and 2050.

Like I said, no easy challenge. But that’s not stopping IATA’s Director General Willie Walsh. He earned his reputation delivering on difficult promises, not least building International Airlines Group (IAG) into one of the world’s most profitable airlines pre-pandemic. He’s now leading the charge to reach net-zero, moving the industry to an aggressively proactive sustainability push.

Just look at the data on fleet renewal. As Cirium’s detailed database of the world’s aircraft reveals, there’s a clear industry preference for newer and cleaner aircraft. At the start of 2020, for example, there were 10,751 prior-generation A320s in active service. Today, there are 22% fewer, owing to a weaker demand environment, for sure, but also a steady desire to achieve a cleaner and greener fleet. By contrast, the number of A320neos in service is up 54% since the start of 2020. The data show similar trends in the widebody space, exemplified by a 22% drop in B777s but no change at all for more fuel-efficient B787s (despite a recent moratorium on deliveries).

The trend is evident everywhere. American Airlines, for example, retired more than 650 older-generation aircraft during the past seven years. IAG said in its most recent earnings call that it had cancelled none of its many orders, even throughout the darkest days of 2020. As Robert Isom, previous President of American Airlines, said: “The most important thing any airline can do is retire older aircraft and replace them with new, more fuel-efficient aircraft.”

Are environmental considerations the only motivation for this aggressive fleet renewal strategy? No. But a keenness for greenness clearly looms large. For the industry to meet its net zero goal, investment in new planes will be essential.

It’s not just the distant goal that matters, however. Already in parts of the world, regulatory and tax regimes make flying older aircraft more expensive. Airports too, notably in Europe, are in some cases moving toward new models of charging airlines based on carbon emissions rather than aircraft weight. Some airlines are themselves already pledging no net increases in carbon emissions going forward. Many are likewise allocating sizeable sums of money for research, operational changes, sustainable fuel projects and onboard service adjustments that help cut emissions. Some carriers now have chief sustainability officers. Others showcase their sustainability efforts as a lynchpin of their marketing campaigns.

Recall the 1980s and 1990s, decades mostly characterized by extended periods of low fuel prices. With sustainability much less of a consideration back then, carriers routinely acquired older planes—why pay for fuel efficiency when fuel is cheap? Attitudes have changed, however, and demand for new aircraft remained strong even during times of oil market distress, like the mid-2010s. When oil prices collapsed in the early months of the pandemic—and even with demand collapsing catastrophically—airlines thought twice about revising their fleet renewal plans. Order deferrals? Yes. But order cancellations? Not too many. And a reawakened appetite for older planes? Not at all. On the contrary, carriers rushed to accelerate retirements of old fleet types, conscious of their environmental drawbacks.

Sustainability is even starting to influence where airlines fly. France, for one, hoping to convert people from planes to trains, made domestic flying cutbacks a condition of its airline bailout measures.

Environmental consciousness is especially strong in the Nordic region, where carriers have been forced to adjust their networks in response to public campaigns against flying. This change in sentiment is one reason, if not the only reason, that the number of domestic flights within Sweden dropped 17% from 2016 to 2019, according to Cirium schedule data.

Looking longer term, aircraft manufacturers and their suppliers are no less thinking about sustainability as they design the next generation of planes. Some are betting on electric-powered aircraft, if only realistic at this point for ultra-shorthaul routes. Others developing next-generation supersonic jets are promising that they’ll run on sustainable fuels. Airports are thinking green too. So are investors, some determined to allocate money only to companies with a commitment to environmental stewardship.

A green bond is a financial tool to borrow money for an environmentally friendly project, in this case buying cleaner airplanes. It’s by the way, another example of the industry’s seriousness on sustainability—now, even its financing has a green tint.

Is this the new way for aviation to track carbon emissions?

The state of aircraft emissions reporting

SWIM in Action – Making sense of SWIM data as part of a transformational strategy to improve operations
China is flying high again: Cirium survey shows remarkable consumer confidence for a travel restart
Back to Thought Cloud