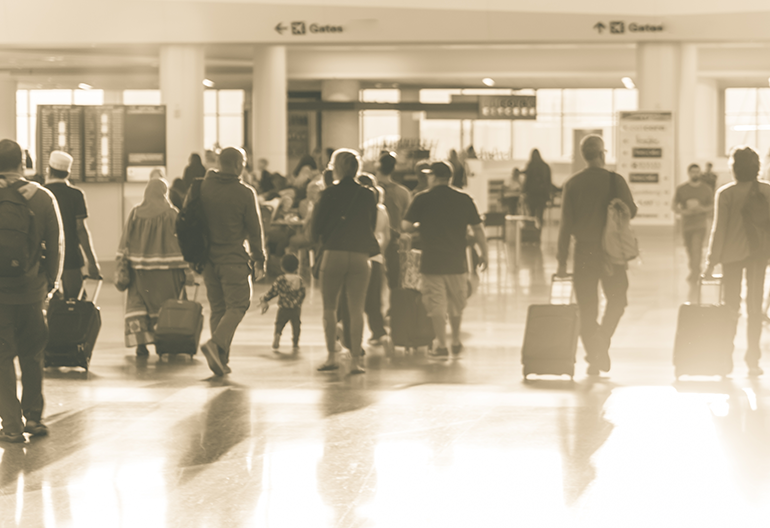 Gant Travel today reported that they reduced the total time a traveler spends with their agents by a third during major flight disruptions, as a result of integrating FlightGlobal’s Travel Waiver Services.

“With an average decrease of 10%, Gant drove a cost reduction just by giving agents an automated process for knowing when a traveler’s flight qualifies for a waiver. How can you put a dollar amount on having smarter (well informed) agents, and without having to do any extra training at that?” Patrick Linnihan, President & CEO of Gant Travel Management.

Known for their innovation, Gant Travel saw the great benefits that this solution would bring to their business model. After six months, interviews with agents proved they no longer needed to validate the waiver with an airline and confirmed that they trusted the information in the record.

“The trust in our data is attributed to how we constantly fine-tune and evaluate our processes and apply the eye of an industry expert. By comparing five major storms in 2017, like for like, we see a statistical decrease of 50% in time spent by agents talking to an airline,” said Kate Harris, FlightGlobal Data Scientist

When a major disruption, like a severe storm or hurricane affects flights, airlines issue exceptions to their change fee policies in order to better accommodate travelers and reduce friction in operations and re-accommodations. In 2017, FlightGlobal tracked over 36 million flights around the world, including almost 2 million that had a disruption consisting of a cancellation diversion or arrival delay greater than 60 minutes.

Gant Travel originally partnered with FlightGlobal in 2017, as the first Travel Management Company (TMC) integrating airline published waivers directly into the agent workflow. A joint team led by FlightGlobal’s data scientists analyzed before and after agent activity across 12 months to find actual operational savings leading to a new competitive insight.

FlightGlobal’s Travel Waiver Services is the industry’s only matching engine which integrates flight status data with airline travelers’ itinerary information. It enables TMCs and travel service providers (such as airlines) to offer travelers re-booking on to alternate flights without paying a change fee when severe weather or other major events impact the airline’s operations.