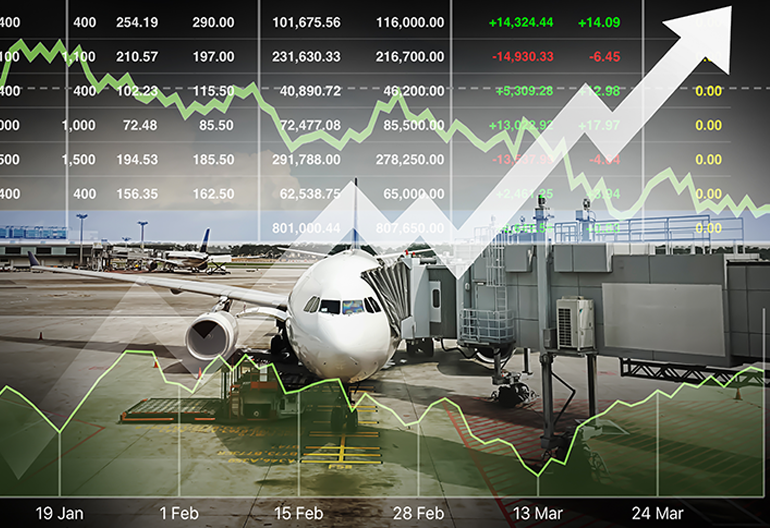 27 FEBRUARY, 2018 Capital requirements for the airline sector are flying higher than ever before, driven by strong passenger traffic […]

Capital requirements for the airline sector are flying higher than ever before, driven by strong passenger traffic and aircraft fleet demand, transforming aviation into a mainstream finance and asset class. According to a new report released today from the aviation data and analytics leader FlightGlobal.

The growth projected for global passenger aircraft fleet will require capital exceeding US$120 billion annually, reaching approximately half a trillion dollars over the next four years, to fund new aircraft alone. During that period (2018-21), the world’s aircraft manufacturers are scheduled to deliver almost 8,000 aircraft – an increase of approximately 30% over the previous four-year period.

Funding this large and growing fleet requirement was once the domain of investment banks, but the considerable sums needed are unlikely to be met in future solely by these capital providers as the aviation sector would weigh too highly on their balance sheets. These growing capital requirements are likely lead to diversification of funding and highlights the compelling aviation investment case to new sources of capital.

“This is the first time that aviation, as a mainstream finance and asset class, can demonstrate potential returns and pair it against volatility.”

This latest report is supported by forecasts from the International Air Transport Association (IATA). The predicted traffic growth of 6% for 2018 is tracking ahead of capacity growth forecast at 5.7%, and set to drive growth in ticket prices and yields.

Don’t risk the unknown, get the full picture
Gant Travel cuts disrupted travelers wait time by a third
Back to Thought Cloud