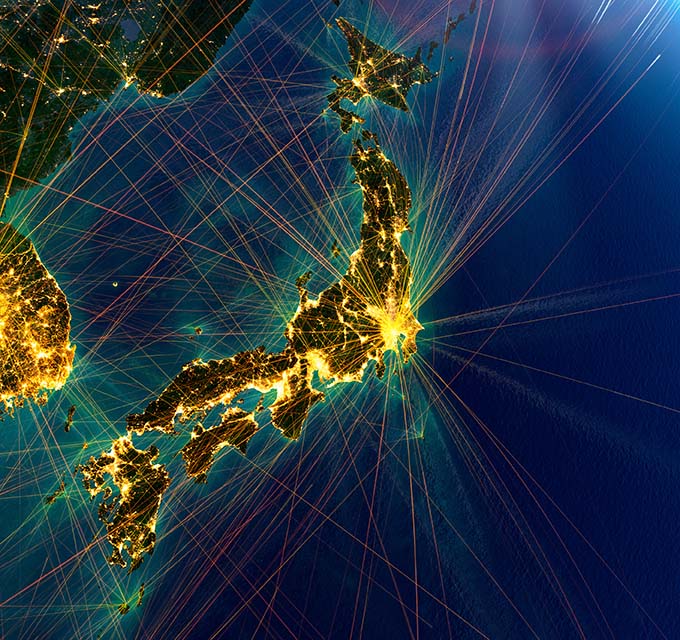 on the fly: What are Japan’s largest foreign airline markets?

A look at one of the world’s busiest airline markets – Japan.

China and India have rightfully received much attention for rising to become the world’s second and third busiest airline markets (behind United States when ranked by scheduled seats). Less talked about but still critical to many airlines is the fourth largest market: Japan. An important tourist destination prior to the COVID-19 pandemic, Japan is also an important location for business travelers. As the world’s third largest economy after the US and China, it offers high outbound travel for both leisure and business.

Unlike the US, China and India, Japan has just two airlines, All Nippon Airways and its smaller rival Japan Airlines. Both are major players on the international scene, complementing large domestic networks. They also operate low-cost affiliates.

The Japanese market looms large for several North American airlines, including United, Delta, Air Canada and most of all Hawaiian, which depends on Japanese tourists (and cooperates closely with Japan Airlines).

Most airlines within East Asia count Japan as a strategic market, including many of the region’s low-cost carriers. Europe’s Big Three (Lufthansa Group, Air France/KLM and IAG) all serve Japan, as do several smaller European airlines like SAS and especially Finnair. Japan is an important Gulf carrier market and is no less important to airlines in Australia and New Zealand. Turkish Airlines, Aeromexico and Air India are a few other examples of carriers that fly to Japan’s capital Tokyo. Aeroflot flew there as well prior to recent events.

The data below looks at which country markets have the deepest passenger air links to Japan. The first figures (for both seats and ASKs) are for 2019, the last full year before Covid. Also shown are rankings for the current quarter (Q2, 2022). Note how China is currently lower in the rankings due to its ongoing COVID-19 restrictions. The US is now by far Japan’s most important foreign market. But these figures could change as East Asia’s travel restrictions ease, perhaps reverting to the way things were in 2019.

NEXT WEEK: Will a new merger drive success for South American carriers?