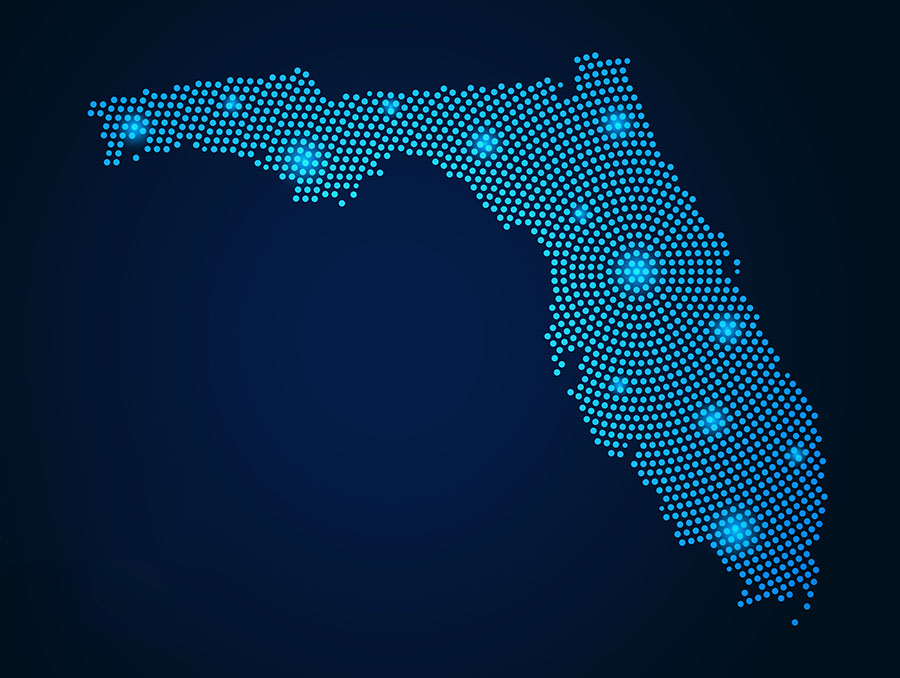 on the fly: How did Florida rise to become aviation’s Sunshine State?

How did Florida rise to become aviation’s Sunshine State?

Surprise! Florida is now the busiest airline market in the US among all states and territories. California has long topped the rankings, but over the course of the pandemic Florida managed to develop into a magnet for new residents, tourists and relocating businesses.

Miami, Florida’s busiest airport, is now busier than even before COVID-19. For Q2 this year (April-June), scheduled seats from Miami are up 22% from the same quarter in 2019. Orlando, the state’s second busiest airport, did not do as well. It’s not a beach destination and its theme parks were closed during much of the pandemic. Still, Orlando’s airport capacity is up almost 2% from this time in 2019.

The Florida boom was most pronounced along the state’s Gulf Coast south of Tampa. Fort Myers, which has one of the country’s fastest growing populations, has 13% more seat capacity than spring 2019. Capacity from Sarasota has more than doubled. Punta Gorda, one of Allegiant’s top markets, is up 17%.

As you can see from the airport rankings below, not all Florida markets have seen gains. Fort Lauderdale, Tampa and Jacksonville have lost capacity. This is in large part because Southwest decided to shrink in these places and begin flying to Miami, Sarasota and Destin.

Florida’s largest airline is American which has a major hub in Miami. American’s Florida capacity is up by 11% from 2019. Delta and United have grown too. Frontier and Spirit have grown most aggressively, with Florida seat counts increased by 52% and 31%, respectively, versus Q2 2019.

Frontier is now trying to merge with Spirit, fighting with JetBlue for the privilege. All three airlines are major players in the Florida market. The state is critical for Allegiant too, as it is for many foreign airlines, especially from Latin America.

Air Canada is Florida’s largest foreign carrier by seats (many Canadians vacation or have second homes in the Sunshine State). Helpfully, Florida never generated much traffic to or from Asia, a market still struggling with COVID-19 challenges. Tourists from Europe and South America, meanwhile, are starting to return, complementing the boom in domestic tourism. Can the boom continue? One threat is high fuel prices, contributing to higher ticket prices. With so much leisure travel, Florida remains a price-sensitive market. Consolidation is a factor too and however the Spirit merger plays out; it could mean less capacity growth and higher prices.

NEXT WEEK: How is Thailand’s airline sector performing?

on the fly: Delhi vs. Mumbai – which is India’s top airport?
Advanced Air Mobility – July 2022 Snapshot
Back to Thought Cloud