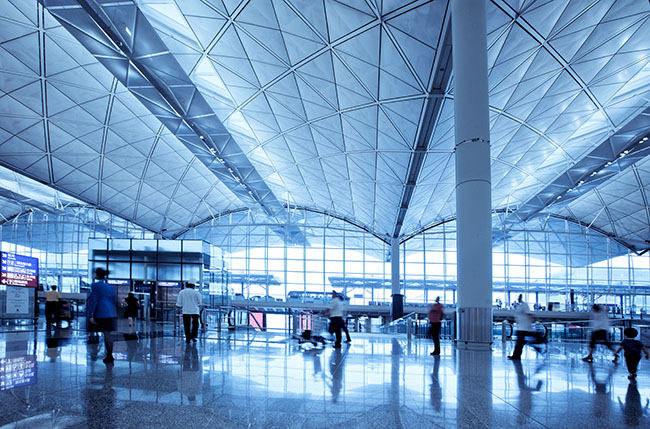 Joanna Lu, head of consultancy Asia, considers the continuing effects of the pandemic on air travel in China and other parts of Asia.

China recovery set back by lockdowns as Asia reopens

Joanna Lu, head of consultancy Asia at Ascend by Cirium

While this article was being written in mid-April, I happened to be in Shanghai, China’s financial hub and its most populous city, where nearly all of its 26 million residents were in lockdown and suffering a massive disruption in daily life and business. This was the result of the government’s decision to maintain a zero-Covid policy, directly impacting sectors including airlines and airports in the city.

Shanghai has seen a huge decline in flights since March due to worsening local outbreaks and new travel restrictions, mainly on the domestic side. This worsened to virtually no operation in April after the China Eastern Boeing 737-800 crash and the massive lockdown of the city (see the first chart). International operations are not any better, over 90% down in seat capacity during April compared to the same time in 2019. Flights arriving in Shanghai from abroad had a load factor cap of just 40% in April, compared with a previous cap of 75%. The three airlines currently flying between Hong Kong and Shanghai, namely Cathay Pacific, Hong Kong Airlines and China Eastern, have been instructed to rotate on the route so that they each only fly into the city once every three weeks. It is still unclear how long this will last. A 50% cap on load factor remains in place.

China’s domestic travel market, which had rebounded quickly due to its successful containment of the COVID-19 virus in the early days of the pandemic, is nursing heavy losses as authorities struggle to stop the spread of the highly transmissible Omicron variant under its strategy of eliminating cases. The situation in Shanghai has a huge impact on China’s recovery outlook, as the city acts as the largest aviation hub of the country. The single-aisle fleet tracked in China has declined significantly, now 60% lower than the April 2019 benchmark and almost even lower than the levels seen at the start of the pandemic in early 2020. Recovery for twin-aisle aircraft operation remains stalled by CAAC restrictions announced two years ago, only allowing one flight each week per airline per country.

The average utilisation of all commercial jets was about five flight hours per day during April, 43% down compared to the same month in 2019. The total number of flights dropped to the lowest point since the pandemic began, with only 20% of the level during the same time in 2019. The number of flights for the week of 28 March-3 April fell to 2003 levels. The domestic seat capacity has dropped by more than 75% compared to April 2019.

China’s three biggest airlines recently reported wider losses in the final quarter of 2021, marking the second year of losses due to COVID-19, as hopes for a recovery remain distant. A couple of issues may have caused this. Fundamentally, the willingness of passengers to travel is still relatively low as the impact of the pandemic continues.

Due to the impact of travel restrictions, it is hard for airlines to use capacity on international service, and the operation of domestic routes is also costly due to uncertainties.

In addition, the continued rise in fuel prices has increased the cost burden of airlines. Quite a few regional airlines are reported to be insolvent due to the same reasons. It is reported the government has introduced some measures to help the civil aviation sector, such as the suspension of prepayment of value-added tax. However, it looks like the support is too insignificant to really help. Inevitably we might see consolidation of airlines appearing later in the year.

There are increasing signs that China’s economy is slowing sharply because of the lockdowns. Activity in China’s services sector contracted at the steepest pace in the past two years as the surge in cases restricted mobility and weighed on demand. COVID- induced lockdowns in China have torn apart the expectations of supply chain recovery.

Many industries are adjusting their strategy as they will need more resilient supply chains and that means less concentration on high volume routes. One of the trends is clear, that while China will still be significantly massive, more smaller trade networks will move to other countries in Southeast Asia. This will have an impact on freight demand from China, but may be a very gradual process.

Other parts of Asia-Pacific

While the recovery outlook in China remains gloomy, the rest of Asia-Pacific has seen a different picture. Aircraft tracked for domestic service in other parts of Asia-Pacific largely stablised at just above 90% of 2019 levels. International markets see aircraft-tracked utilisation slightly improving.

There are signs of acceleration in the recovery of air travel in the region. The map shows Northeast Asia (except China), South Asia and majority of Australasia are in a faster recovery mode in April 2022, indicated by Cirium’s tracked utilisation data. Notably Japan and Australia were only 10% down in tracked number of domestic flights in April compared to April 2019. India and South Korea showed a more impressive recovery with even marginal growth in domestic flights compared to the pre-pandemic levels, at 3.1% and 1.8% respectively. New Zealand and Taiwan both kept their domestic flights at around 80% of that in April 2019. Most Southeast Asian countries had their domestic flight levels varying between 20-50% down compared to the equivalent month in 2019.

Borders are beginning to open again as vaccination rates improve in the region. Australia started welcoming international travelers in February, and other countries including Malaysia, the Philippines, Singapore, South Korea, Thailand and Vietnam have announced the gradual easing of restrictions. Hong Kong has recently eased some of its inbound travel and quarantine restrictions amid pressure from the business community, but it remains shut off to non-residents. Singapore has abandoned its zero-Covid strategy and seen tracked international flights increasing since the end of 2021. New Zealand will only accept fully vaccinated travelers from visa waiver countries from 1 May and is due to fully reopen in October 2022. New entry of foreign nationals into Japan under the supervision of receiving organizations started from 1 March, except for tourist trips. It is expected that the travel restrictions will continue to disappear step by step in the Asia- Pacific region.

The pent-up demand for air travel is obvious in the region as every reopening has seen a surge in bookings. However, the region’s air travel recovery is also dependent on airlines being in alignment with industry partners. The Russia-Ukraine situation is affecting the oil price and world economies, and the cost of doing business is rising for airlines. Airports in Korea, Singapore, and Thailand introduced a variety of positive measures to support airlines. Sydney and Brisbane airports are offering incentives to attract airlines back with the support of their state governments. In Japan, discounts for domestic services at government-managed airports have been extended to March 2023.

But China is still the largest market in the Asia-Pacific region, so it is absolutely crucial to watch the development in this market, and clearly it will also impact the recovery scenario in the whole region.

Cirium partners with 3Victors to offer the most dynamic Travel Demand forecasting
on the fly: What drives Canada’s aviation market?
Back to Thought Cloud