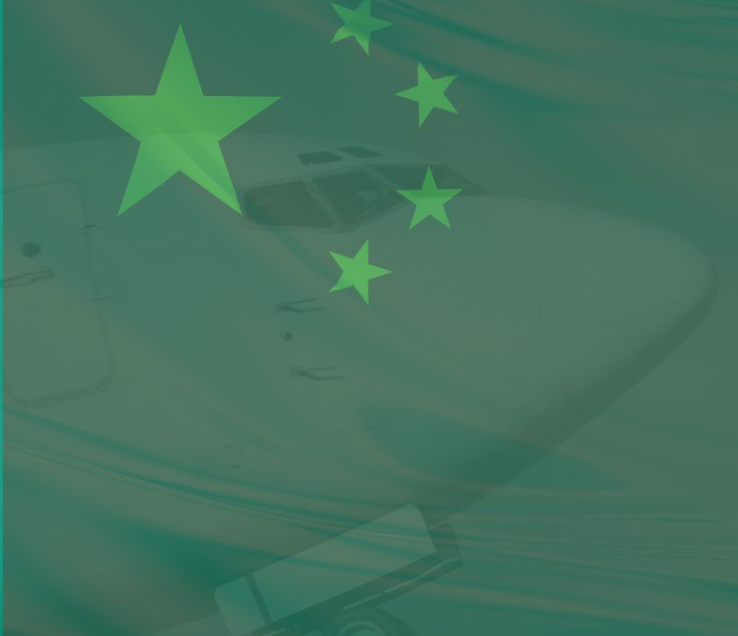 In our latest expert view video we explore the impact that COVID-19 has had on China’s aviation market. We set […]

In our latest expert view video we explore the impact that COVID-19 has had on China’s aviation market. We set the scene by documenting the number of daily new cases in the region and then compare the flight-activity for single-aisle and wide-body aircraft types. In addition, Herman outlines the financial support that the Chinese government has pledged to support and maintain connectivity to China. The market is changing on a daily basis and Cirium offers accurate data that will help you stay ahead of the curve during COVID-19.

Prefer to read the script from our latest expert view video:

Daily new cases of Covid 19 in China have dropped from over three thousand in February to single-digits in May, with many new cases imported.

Even after the long holiday in early May, there were no large-scale outbreaks and the situation is currently stabilised.

For the rest of the world, daily new cases increased at 2%, so the number remains high.

Travel bans, lockdowns, social-distancing, and quarantine requirements are still in effect in many countries to help prevent spread of the virus but concerns still remain about a second wave of infections.

As cities were closed for both international and domestic travellers to avoid spreading the Covid-19 virus. Passenger demand dropped from two million in January, to 130 thousand in February,

Chinese and foreign airlines reacted quickly and reduced capacity, with load factor below 40%.

Between March to April, daily passenger traffic increased to 500 thousand with the load factor at around 50%.

The second stage of recovery was in May due to the long holiday in China with travellers regaining confidence, as there were no large-scale outbreaks during that time.

The latest daily passenger traffic in May is at around 800 thousand, six times more than the lowest point in February. Load factor improved to 60%.

If the number stays low, we expect another stage of passenger growth for summer.

Although there are government subsidies, careful schedule planning is key to survival in this critical time.

The domestic yield data in March is 30% lower than normal, dropped from 10 cents to seven cents US Dollar per RPK and it’s unlikely airlines can be profitable with a current 60% load factor.

When we look at capacity planning, it’s also a good indicator to discuss the airlines’ confidence level.

Air China, China Eastern and China Southern have a positive outlook planned for the next five months before the summer slot ends last week of October.

Month-to-month changes in June and July are 30-40% and 9-23% for flights departing from China.

International flights account for less than 10% of the total number of flights in each airline and the international market outlook depends on the pandemic situation in other countries.

The June schedule is confirmed but airlines are likely to reduce capacity in case demand does not materialise.

Domestic recovery is also in progress but slow.

Travel bans and quarantine requirements imposed by other countries affect the route capacity plans so we will continue to monitor this closely.

The in-service single-aisle aircraft in China was less than 1,000 in February because of flight cancellations.

It’s now close to 2,300 as of 24th May as the domestic market recovers. Only 16% below the level at the beginning of the year.

However over 35% of twin-aisle aircraft are still in storage due to lack of demand in long-haul routes.

Recovery for twin-aisle aircraft is stalled by new CAAC restrictions, only allowing one flight per week per airline per country.

Air cargo demand could be a potential area for twin-aisle aircraft. The cancellations of passenger flight created a cargo capacity shortage.

So, some have been converted as freighters to accommodate, particularly for international routes.

The utilisation of Chinese single-aisle aircraft is increasing but still low.

The daily utilisation is about 6 flight hours per day, 27% down compared to the start of the year.

The productivity is low because there are more aircraft resuming service as we saw from previous slide and the operations are still limited.

We expect to see continuous improvement in the productivity of single-aisle aircraft in near future.

We do not expect the productivity of twin-aisle aircraft would increase significantly until the international market becomes busy again.

The Chinese Government provides financial support in a number of ways focusing on supporting passenger carriers and maintaining access for economic activities.

For passenger flights, they provide a direct subsidy based on Available Seat Kilometre.

Flights operated by a sole operator get more than the multi operators.

They are also supporting passenger aircraft for pure cargo operations. Providing one-off P2F modification for each aircraft depending on the size.

Subsidies are fixed depending on distance travelled and aircraft Maximum Take-Off Weight.

Domestic traffic will recover faster than international traffic in China because of the SARS experience.

Wearing masks and washing hands frequently become the habit during the outbreak of Covid-19.

These help to keep the new cases low.

If daily new Covid-19 cases remain low, domestic traffic will grow even faster in the summer.

International traffic will resume depending on other countries but it is unlikely to recover by the end of 2021.

Governments are being cautious to avoid further waves of infections.

Most of the Chinese government subsidy schemes will end on 30th June. With no news as to whether it will be extended.

Airlines may suspend some services if there is a lack of demand and no subsidies.

Apart from the passenger demand, the subsidy will be one of the major considerations whether airlines will discontinue services.

Tracking airframe utilization trends during COVID-19
Has the impact of COVID-19 changed travel demand forever?
Back to Thought Cloud